In case anyone might have a doubt, crocodiles are commonplace in Mexico. Three species, in fact, with the most common being Crocodylus acutus, the American crocodile, which frequently lives in estuaries and can grow to over five meters in length. 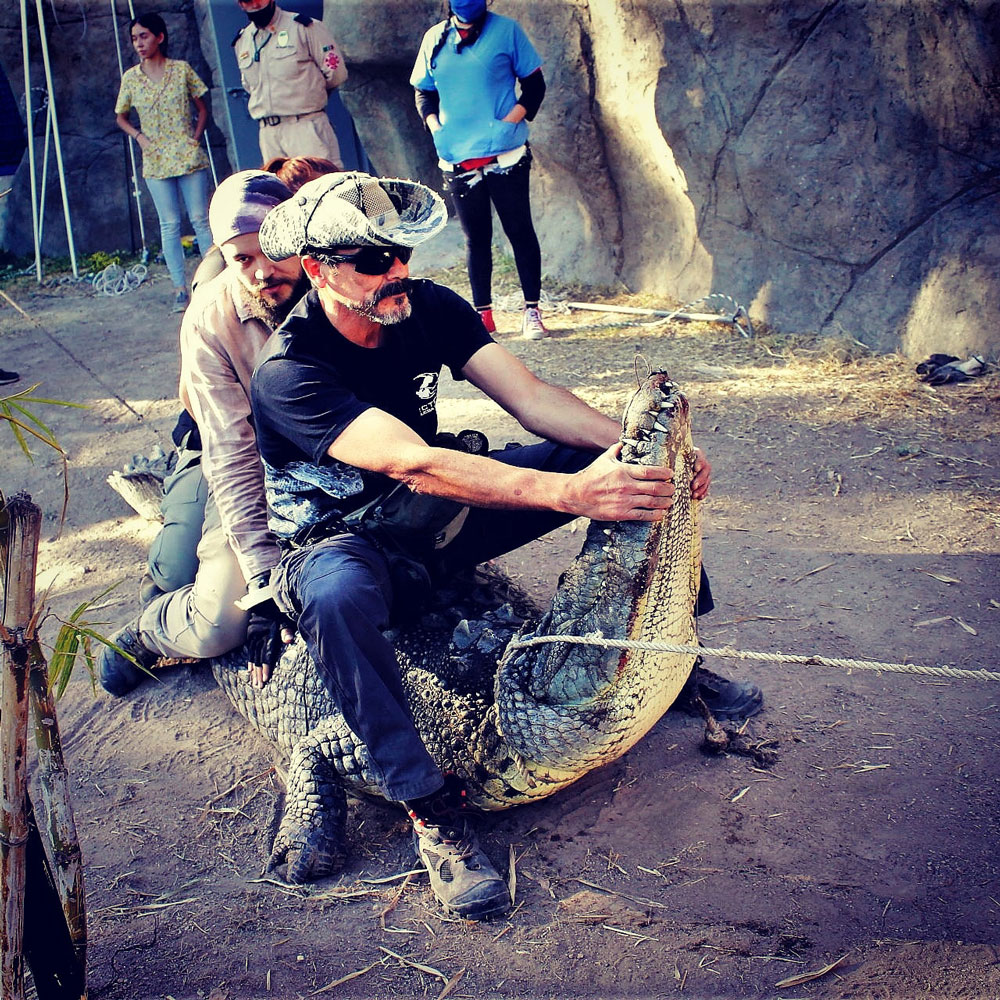 Biologist Paulino Ponce is an independent researcher specializing in crocodiles and human-croc conflicts. A graduate of the University of Guadalajara, he presently heads up a task force dedicated to the tricky business of finding and relocating misplaced crocodiles in Lake Chapala.

“I’ve always been fascinated by reptiles,” he told me in a recent interview. “When I was 5 years old my father took us to a turtle sanctuary and from then on I was hooked!”

Ponce began studying music but the reptiles won out and he ended up at the Guadalajara Zoo herpetarium.

“Here I worked with some of the most poisonous snakes in the world,” he said. “When it came time to do my thesis, I wanted to write something useful that would not only benefit whatever species I was studying, but also the environment. So I picked Crocodylus acutus, which at that time was red listed as being endangered.”

This led Ponce to the Biological Station Los Tuxtlas in Veracruz, where he took a crocodilian training course with herpetologist Dr. Casas Andreu of the National Autonomous University of Mexico. “At night people would invite me for a beer but I was so fascinated by what I was learning that all I wanted to do was read more about crocodiles!”