“Let’s go camp on top of Ceboruco Volcano to see the Lyrid meteor shower,” suggested Chris Lloyd, my geologist friend. “The next morning, we can go take a look at a fumarole with beautiful sulfur crystals. It’s in the upper crater.”

A fumarole is a hole that emits hot gases and vapors and Ceboruco is a big volcano in the state of Nayarit, a two-hour drive northwest  of Guadalajara. 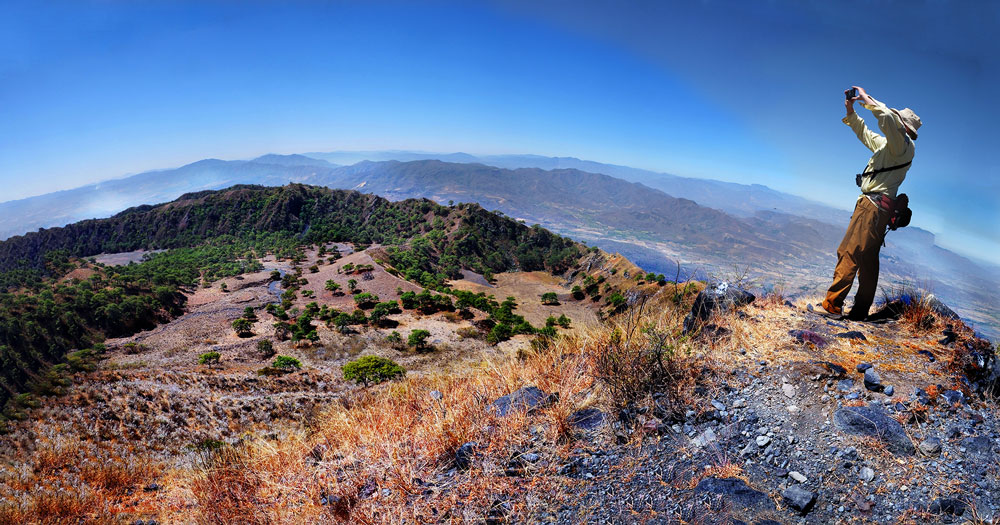 Ceboruco Volcano was one of the first places I described in my “Outdoors in Western Mexico” books. I had been lured there by the man guarding the archaeological ruins outside the nearby town of Ixtlan, Nayarít. “If you’re looking for a place to camp around here,” he had told me, “all I can say is that the most beautiful sight I have ever seen is the view from the top of Ceboruco.”

Like him, I too had been enchanted by the massive mountain and its most impressive crater, and had returned countless times to camp and hike there.

For this reason, I found it a bit embarrassing to ask Chris my next question: “The upper crater? You mean Ceboruco has more than one crater?”

“John, you have no idea. There are nested craters on Ceboruco, at least seven! You have to go see this for yourself.”

Once again, I was hooked.