The Piedras Bola Silver Mine, located in the Sierra de Ameca, is named after a giant stone ball lying just outside its entrance. In 1967, the former superintendent of the mine, Ernest Gordon was shown five more huge stone balls in the hills above the mine, prompting him to place a telephone call to archaeologist Matthew Stirling in Washington DC. 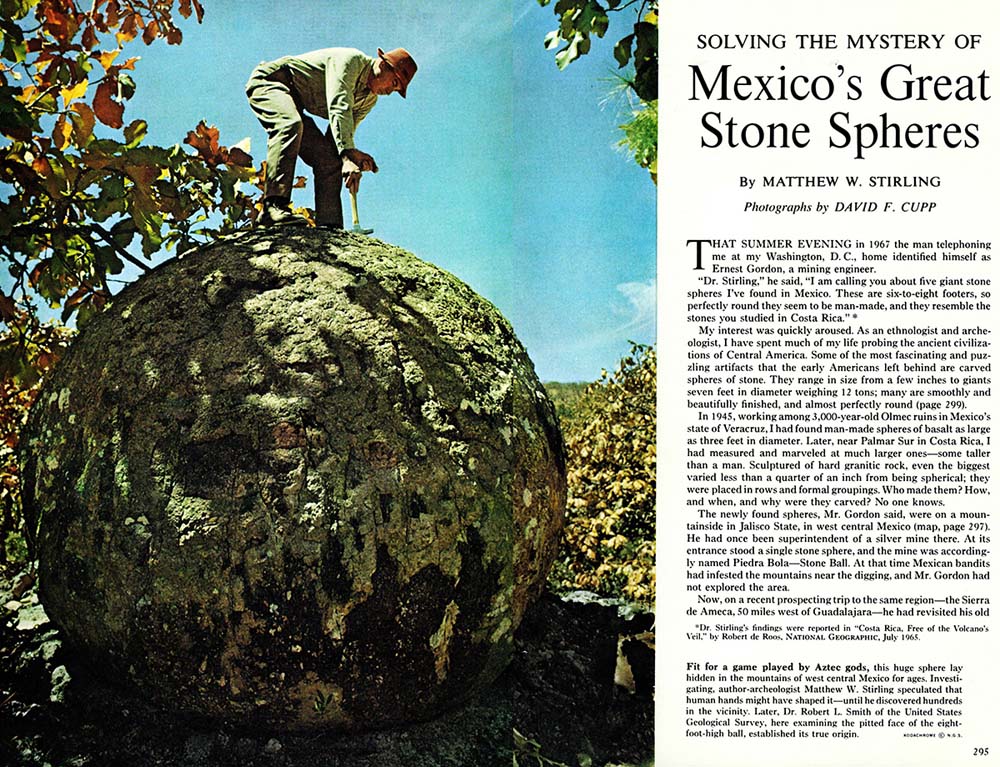 Stirling, a pioneering archaeologist and the discoverer of the lost Olmec civilization, had published reports of granite balls he had found in Costa Rica, sculpted by human hands centuries ago. The balls Gordon had found in Mexico appeared to resemble the ones studied by Stirling. “These are six to eight footers,” said Gordon, “so perfectly rounded they seem to be man-made.”

In December 1967, Gordon led Stirling to the site, which is located 65 kilometers west of Guadalajara, and with the help of local people they made their way to the top of the mountain where they stared in awe at what looked like hundreds more of the big spheres. “Such great numbers surely indicated natural formation,” wrote Stirling in a story that appeared in National Geographic in 1969.

The word of a scientist was definitely needed, as the best that local legend could come up with was that these hills had once been inhabited by giants and the Piedras Bola had been their canicas (marbles).