The hard-hitting El Despertador Americano hit Guadalajara’s streets 208 years ago this month, marking the beginnings of the Republic’s ongoing struggle for an independent press. 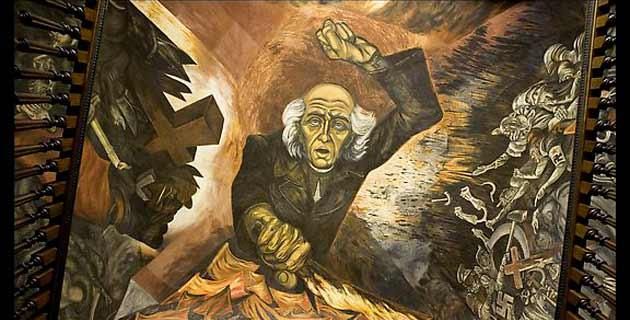 The newspaper, which slammed Spanish rule and supported the 1810 Independence movement, was different from the high-society gossip newspapers that typified the country’s early journalism.

Newspapers in Mexico date back to the first half of the 18th century in the colonial era. The early journals mainly focused on light civil and business news and gossip aimed at the Spanish noblesse in New Spain (as Mexico was then known). Any attempt at critical journalism was quickly suppressed by the all-powerful viceroys, who wanted complete control over the colony’s news sources and media.

But the 1810-1815 independence movement against Spanish rule saw the birth of El Despertador Americano (The American Watch Call) – an insurgent paper that didn’t care what the viceroys thought.

There were few publishing houses in Mexico at the start of the 19th century, and only in Guadalajara, Mexico City, Puebla and Veracruz was the printed word widely read. All publications were subject to strict censorship by viceregal authorities. 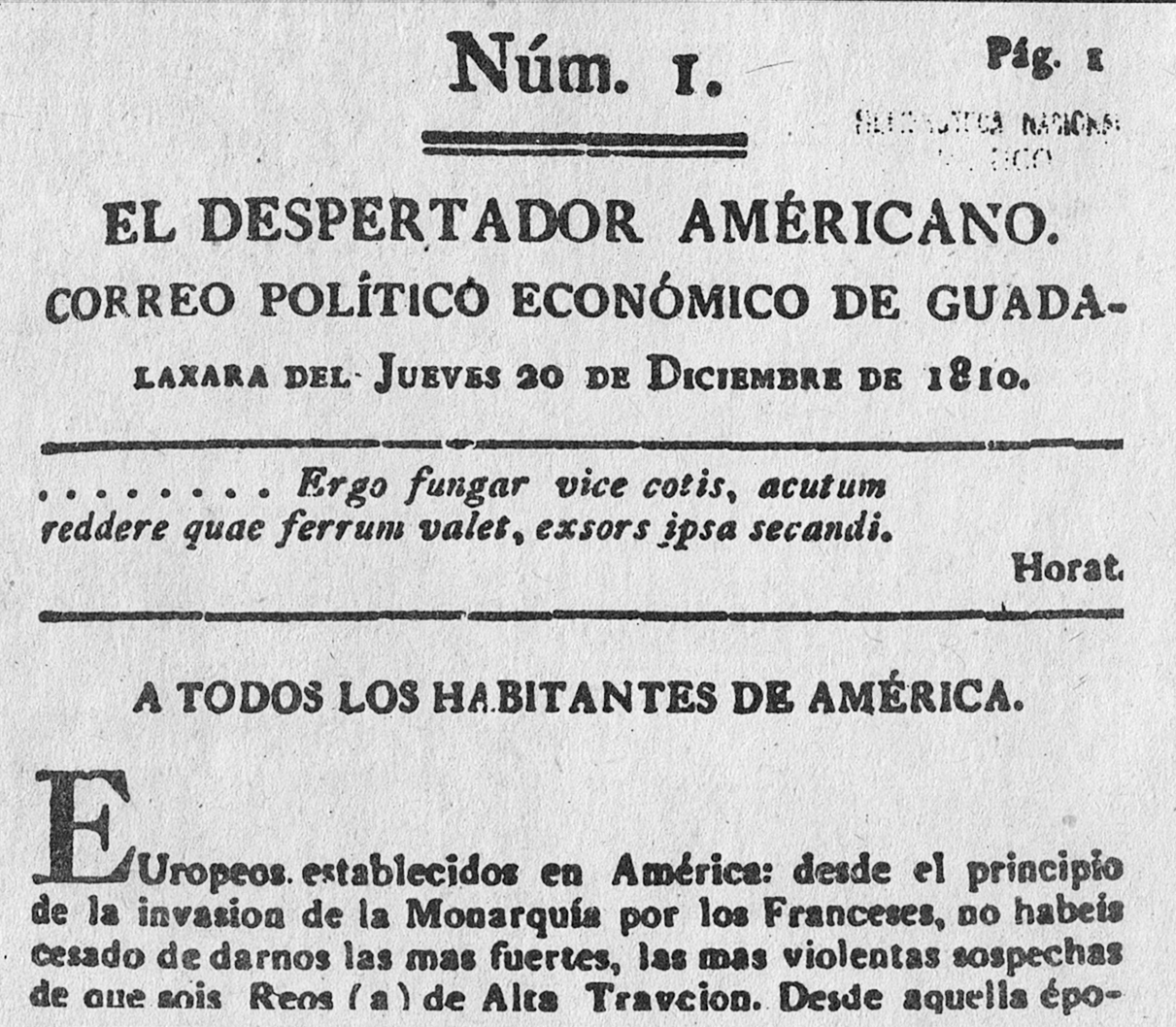 When Miguel Hidalgo y Costilla, leader of the independence movement against Spain, and his revolutionary forces occupied Guadalajara in November 1810, he and his followers had the city’s Spaniards imprisoned or slaughtered.Once a revolutionary government was installed, nobody could stop Hidalgo from promulgating the revolution through printed propaganda.

He approached Francisco Severo Maldonado – an ordained priest like Hidalgo – who was sympathetic to the growing independence movement, and asked him to produce a newspaper to disseminate the ideas of the revolution. Jose Fructo Romero, the owner of the city’s largest printing press, allowed Severo Maldonado to use his facilities for printing.

The first issue published on Thursday, December 20, 1810, was directed at todos los habitantes de America (all the inhabitants of America) and urged criollos (Spaniards born in New Spain) to run the gachupines (a derogatory term for the Spanish) out of New Spain. The newspaper also carried news of insurgent military victories in other parts of the colony.

The second issue began, “Brothers and compatriots. Our Eastern and Western armies have just won two victories, destroying our oppressors, the gachupines, whose efforts against our just cause have been no more than flares of an evil fire that will soon be extinguished.”

Maldonado, who wrote most of the issues, was honest about his writing talents. A footnote at the end of the second issue read: “The author of this newspaper confesses his inability to render to the publication the necessary skills for the times in which we live.” For the third issue Maldonado contracted the services of writer Jose Angel de la Sierra, who wrote a sarcastic piece criticizing the patronizing rules of New Spain.

About 2,000 copies of El Despertador Americano were printed in Guadalajara. The two-page newspaper cost two reales, the currency of the time. At the end of the first issue, readers were invited to take out a subscription at the annual cost of nine reales. Maldonado promised the newspaper would appear every Thursday. However, only seven issues were published; the final paper appeared January 17, 1811 – the day before Hidalgo’s army was decimated at the Battle of Calderon Bridge, just outside Guadalajara. In this last issue, the atrocities committed by the “barbarous Calleja” (General Felix Calleja del Rey, commander of the royalist forces) in putting down the rebellion in Guanajuato, were chronicled in detail.

The newspaper was aimed at disenchanted criollos fed up with their status as second-class citizens. Since the majority of the mestizo and indigenous population could neither read nor write, there was little point in printing stories about their grievances.

Criollos were lavishly flattered to win their support. “Noble Americans! Virtuous Criollos! Celebrated for the tenderness of your moral character and unfaltering religiosity. Wake to the sound of the chains that have shackled you for three centuries, open your eyes to your true interests, don’t be put off by the forced sacrifices every revolution has in its initial stages.”

Maldonado fled Guadalajara before the royalist army entered the city on January 21, 1811. To the surprise of many, he later returned to Guadalajara, where he received a pardon from the Spanish and proceeded to publish a royalist newspaper, Telegrafo de Guadalajara. His sudden about-face has meant he has not been accorded hero status in Mexico, which won its independence by overthrowing Spanish rule in 1822.