Jalisco Governor Enrique Alfaro has generally earned praise for the robust and no-nonsense way in which he has handled the Covid-19 pandemic in the state. 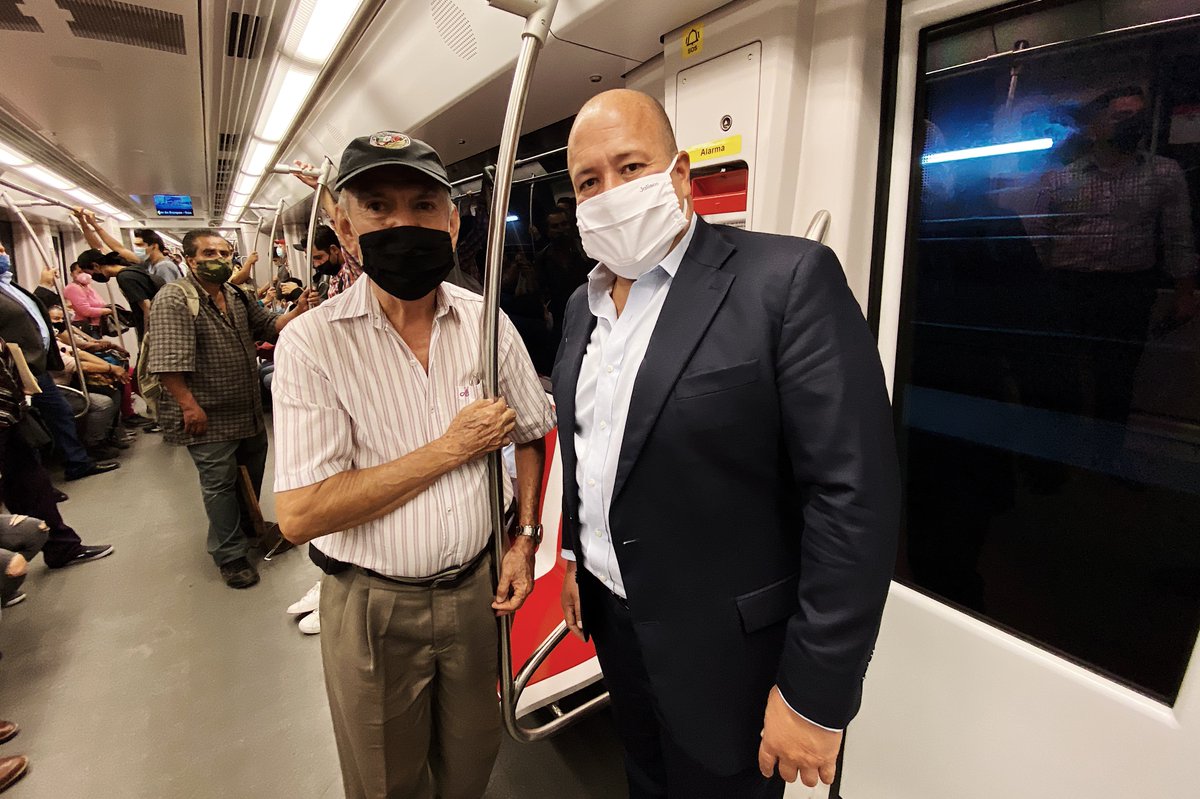 But even leaders with good intentions about keeping citizens safe can send out mixed messages.

Alfaro was photographed this week traveling on the new Tren Ligero line, and interacting with passengers. At the same time, some experts were voicing their opinion that the opening of the third subway line has been a contributing factor to a recent spike in infections. Alfaro revealed that he has taken the new line several times since its inauguration, describing it as a world class method of travel. It’s hard to fathom why a governor needs to put himself – and possibly others – in harm’s way by adding another body to a crowded train carriage when he has  access to a string of official vehicles. The puzzling part is that he does this while Covid-19 looks to be trending in the wrong direction, and while he still continues to urge us not to go out except for necessary activities and not to congregate in groups. Odd, no?