While not widely reported, the unveiling of a statue of indigenous warrior Francisco Tenamaxtli in Guadalajara’s Plaza Fundadores (Founders Square) on Guadalajara’s 478th birthday was of special significance – not least for the eternal struggle to recognize human rights. 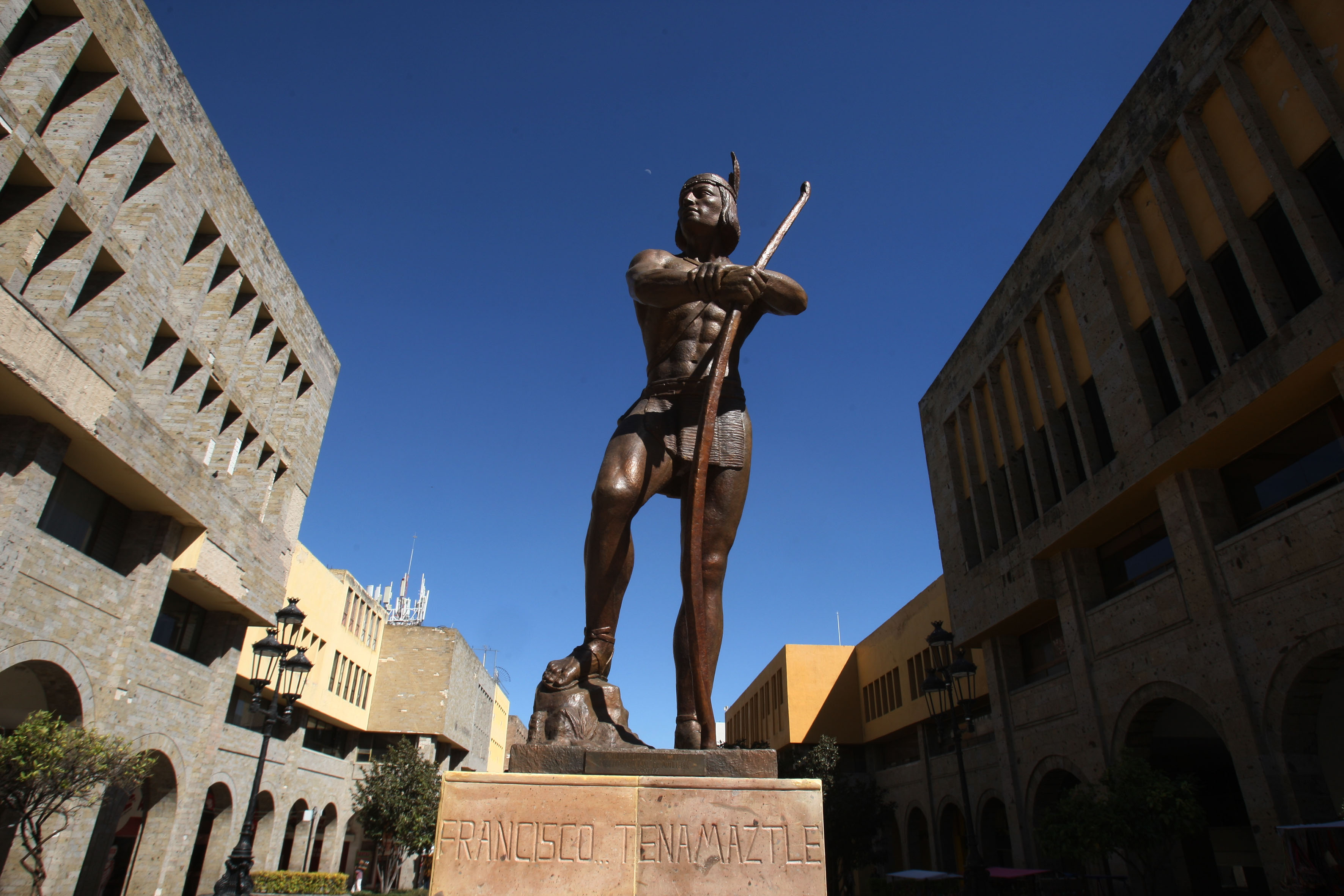 In the early 1530s, Spanish conquistador Nuño Beltran de Guzman cut a swath through what is now western Mexico, claiming the lands for the Spanish crown, which named the region Nueva Galicia. When the Spanish soldiers met with resistance from the native population, they swiftly put down the slightest sign of disobedience, forcing many into servitude or slavery.

In honor of his hometown in Spain, Guzman renamed the indigenous settlement of Nochistlán (now in Zacatecas) as Guadalajara, and designated it the capital of Nueva Galicia.

A prominent figure of the local Caxcan people, Tenamaxtli, who was known as the “Tlatoani (Lord) of Nochistlan,” had been baptized a Catholic by the accompanying Franciscans soon after the arrival of the Spanish. Nonetheless, he became sickened by the brutal treatment of his people at the hands of the Spanish invaders, and assumed the leadership of an alliance of tribes that eventually united to rebel against the usurpers.