June 10 sees the 50th anniversary of “El Halconazo,” or the “Corpus Christi Massacre,” when a government-trained paramilitary group known as Los Halcones (The Hawks) attacked and murdered students demonstrating against restrictions on their freedoms in Mexico City. 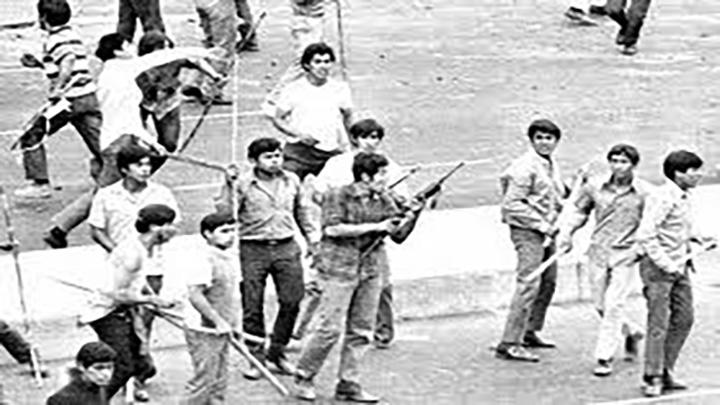 This dark date in Mexican history occurred almost three years after the 1968 Tlatelolco Massacre in the capital, when Mexican soldiers opened fire on protesting students, killing an undetermined number, estimated in the hundreds.

According to various sources, Los Halcones was a group comprised of soldiers and young men recruited in poor and violent neighborhoods of Mexico City, created ostensibly to repress demonstrations and prevent large popular movements such as the 1968 student movement from happening again.

Buoyed by cryptic declarations from President Luis Echeverria that Mexico was a free country whose citizens were able to protest without fear, students, mostly from the Universidad Nacional Autónoma de México (UNAM) and the Instituto Politécnico Nacional (IPN), planned the Corpus Christi Day march to demand reforms giving them a greater say in the nation’s education system.  Around 5,000  protestors joined the march, which set off in the early afternoon from the Normal metro station for the Zocalo, the capital’s main plaza. But when the front of the march reached Avenida de los Maestros, it found itself blocked by riot police (known as granaderos). The students were told the march was illegal and ordered to disperse.