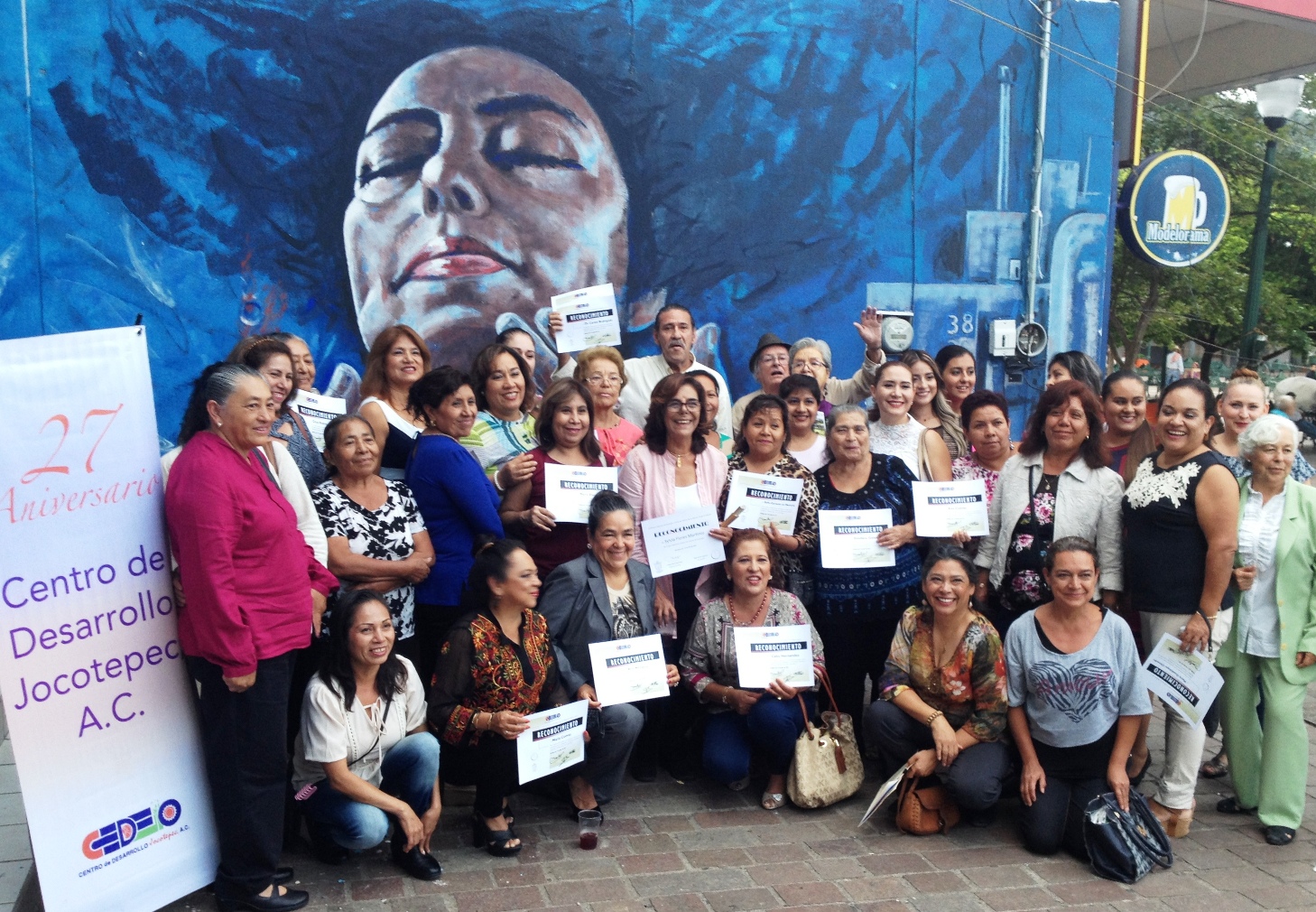 Founding director Silvia Flores and Jocotepec government officials presided at the intimate ceremony, handing out certificates of appreciation to 23 women and two men who were instrumental in getting the multifaceted non-profit NGO off the ground.

Educated as a titled nurse practitioner, Flores began applying her expertise, forward thinking and inexhaustible energy to serving low-income families alongside her dentist husband Nacho Gonzalez soon after the couple settled in the village of San Pedro Tesistán 43 years ago. Blessed with innate leadership skills, she had no trouble recruiting other women with an equally keen interest in improving the quality of life in rural communities along Lake Chapala’s western shores.

The activists started out with training in first-aid practices to care for inhabitants where medical services were then scarce. The effort evolved into the CEDEJO clinic, initially based in Jocotepec as a safe place for women to give birth, undergo gynecological exams and learn about birth control methods. The project expanded to include aid to the elderly, sex education programs, and outreach health care services, now headquartered in Ajijic.