Anyone who walks the Ajijic Malecon understands to tread carefully along the two bridges. 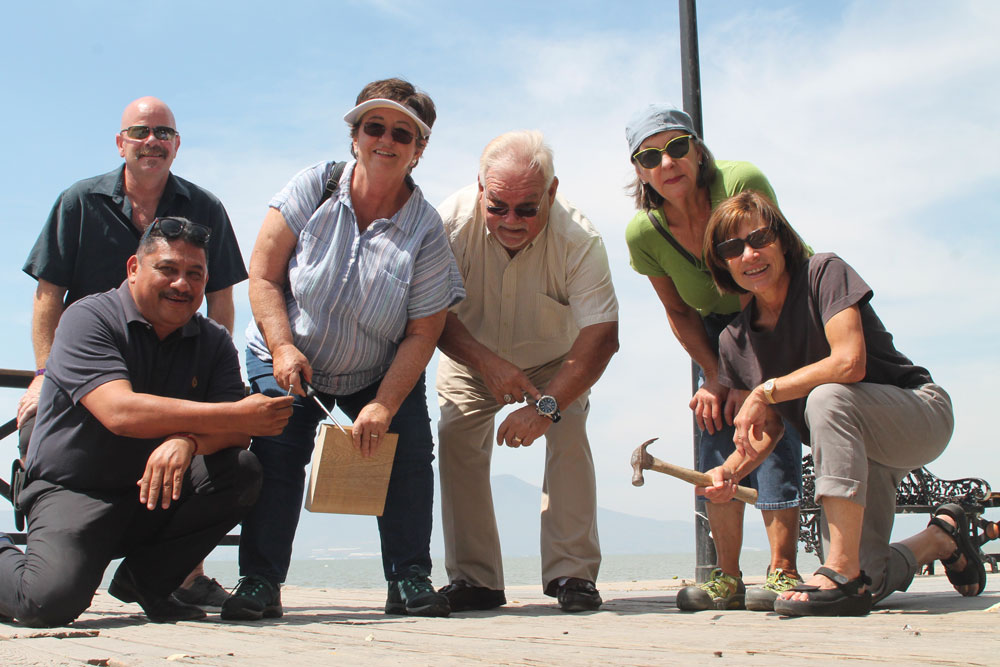 Splinters, curling boards, and holes require a sharp eye to prevent injuries.  Used by lingering families, purposeful walkers, and strolling vendors alike, the two bridges have served the community well over the years but are in dire need of replacement.

The Lakeside Garden Guild, known for their annual Floral Show, realized that this would be an excellent community project. Every year, the funds raised from the Floral Show are put back for Lakeside beautification.  Past beneficiaries have been “Wipe Out Graffiti,” benches donated at the Chapala Train Station and Ajijic auditorium, and the Juanita Reed Boat Memorial.

A team led by Justine Bertram has researched cost and feasibility, and Lakeside Garden Guild is proceeding with this project.  Each bridge will be replaced sequentially, and will be cordoned off with safety tape during construction.  People are asked to not cross the barriers; they are placed for safety reasons.

A dedication ceremony will be announced shortly for the two rosewood bridges for the Ajijic Malecon beautification.