The former Spotlight Club in San Antonio Tlayacapan, which has been reborn as the Stop Light, staged a top quality reopening show Thursday, May 20, featuring the Ajijic All Stars, a band put together by Flip Nicholson, formerly of Ajijic legends the Tall Boys Band, who sings and plays the guitar, harmonica and congas – all of them extremely well. 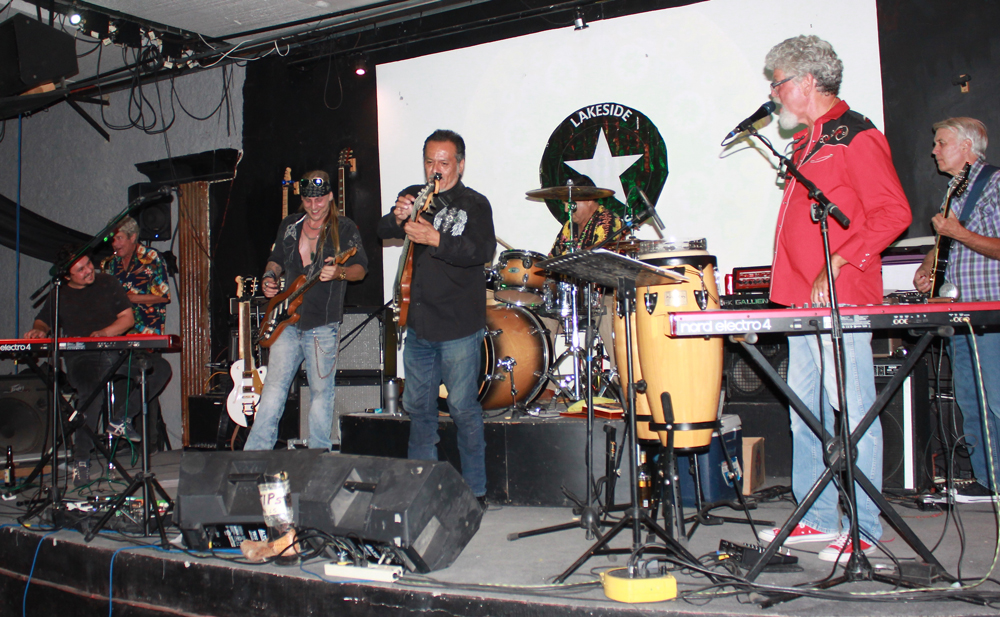 The set featured a mix of rock, country rock, rockabilly and some great Latin rock, and the group reminded me of the Allman Brothers Band.

The band’s standout was killer lead guitarist Bryan James, who sings with all the flair and style you would expect from a major talent. Chelo González is without doubt the best drummer in Ajijic – and arguably the best anywhere outside of Mexico City. Keyboardist Christian Jimenez sets the keys on fire, while Sergio Casas, a virtuoso on a six-string bass guitar, adds depth and nuance. Rounding off the group are Jimmy Basquero on rhythm guitar and Todd Jones on saxophone – both exceptional talents.