An alert Guadalajara Reporter reader snapped a photo at the moment local police officers collared a suspect involved in the attempted robbery of a deliveryman.

In describing what he witnessed, the incidental cameraman wrote, “On Saturday, I was eating breakfast at Cafe Negro at the corner of San José and the Carretera in San Antonio Tlayacapan and saw police cars rushing to the side street. 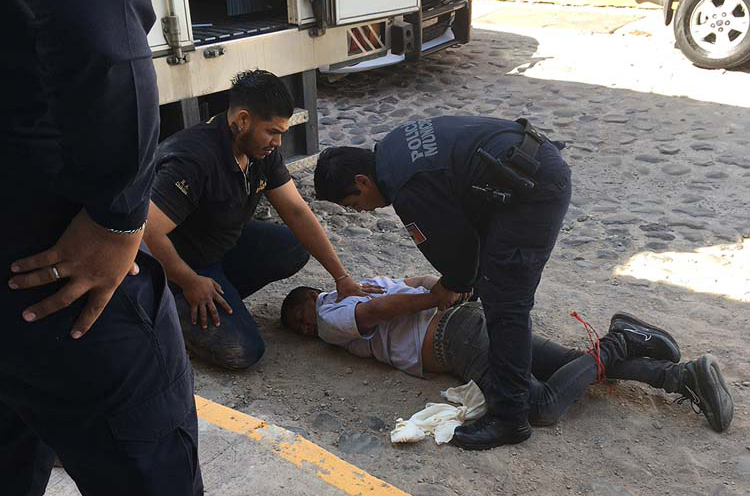 At around 10:30 a.m., an armed robber tried to hold up a Lala milk truck driver. The driver wrestled with the robber and yelled for help. Three men from a nearby garbage truck ran to his aid. They subdued the robber and tied his hands and feet. When the police arrived I took his photo.”