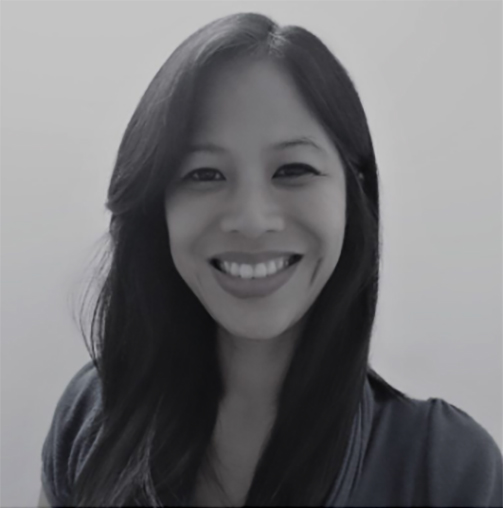 Amid an economic downturn, mass deportations and intensifying anti-immigrant sentiment in the United States, Mexican migrants have been forced to return to Mexico, and their U.S.-born family members have emigrated with them. The arrival of these Americans has contributed to an extraordinary growth of the U.S. population in Mexico, now home to more than 600,000 American children. While these children struggle to adapt to a new language, country, and education system, they are losing language and cultural ties to the United States. We know the vast majority plan to return home one day, but will they be prepared?

Hear from Tran about what she’s learned from in-depth interviews about America’s children in Mexico and what her organization, The Rhizome Center for Migrants, is doing to ensure their future.
Dang is the founder and executive director of The Rhizome Center for Migrants, and a former large law firm attorney who has represented victims of persecution in regional human rights forums and systems, UNHCR, and the U.N. special procedures. Before moving to Mexico, where she currently resides, she directed a human rights office and legal aid clinic in Bangkok, Thailand.

In 2018, Dang founded The Rhizome Center, a U.S. nonprofit providing post-deportation legal, advocacy and reintegration support to the returned and deported community in western central Mexico.
The center (rhizomecenter.org) is an independent, secular 501(c)(3) nonprofit organization.

The on-the-ground project based in Guadalajara supports deported and returned migrants through legal aid, advocacy, and reintegration support. Today, the Center is the leading voice on binational issues impacting the deported and their family.

At Open Circle on June 12, Dr. Kelly Randolph Bennet will present “Meditation on the Go.”

An introductory event for new residents not familiar with Mexican-style charreria (rodeo) competition will be held Sunday, June 5, 11:30 a.m. in the Lienzo Charro Ajijic (a half-block south of the Carretera on Revolucion).

La Asociacion de Charros de Ajijic will compete with the Asociacion de Charros Pepe Martinez de Chapala. Some of the disciplines you may see are the cala de caballo (test of handling the horse), piales en el lienzo (lassoing a mare by the hind legs and wrapping the end of the rope around the saddle horn to completely stop the animal), manganas a caballo (a horseman on foot ropes a wild mare to its front legs and causes it to fall and roll once) and the paso de la muerte (a bareback rider attempts to leap from his horse to the bare back of a wild horse without reins and ride it until it stops bucking).

American Legion Post 7 Chapala holds a martini night Friday, June 10, 6 to 8 p.m. Five different martinis will be offered for 75 pesos each and small charcuterie plates will be for sale to accompany the drinks. Live music is scheduled.

Tickets for the Legion’s July 4th event are now on sale at the post.

• Ballroom classes are held Tuesdays and Thursdays, 3 to 4 p.m. in the Ajijic Cultural Center. Every month a new dance is taught: June 2: Rumba; July 5, ChaChaCha. Cost: 70 pesos per class or 400 pesos per month.

• Danzon lessons by Armando on the Ajijic Plaza on Sundays, 6 p.m., Cost is 50 pesos.

• Heart Dance, every Wednesday, 3:30 to 5 p.m., and Dance Your Prayers, every Saturday, 10 a.m. to 11:30 p.m., at Villa Del Angel, Emiliano Zapata 3, Ajijic. Dancers are encouraged to move however they feel like moving. No steps to follow, just themes and rhythms to surrender to. Opening and closing circles. Sacred space. Fully ventilated. Outside dance options.  Ecstatic dance hosted by Craig Martin. Cost: 100 pesos.

The Lake Chapala lakeshore has been inhabited for over 13,000 years. A remarkable human and ecological legacy has been left for us to explore and embrace. Take a three-hour walking tour of the Ajijic village and Lake Chapala shoreline with Greg Custer every Saturday, 9 a.m. to noon, and the first three Sundays in June.

The tour meets at El Gato Feo Café and La Estrellita Hotel (next door to LCS). The engaging tour will take in Ajijic historic and cultural attractions, while illuminating facets of Mexico for living.

Custer has lived at Lakeside since 2015. He has explored all of Mexico’s 32 states and been visiting the Lake Chapala area for over 40 years. He’s worked in the Mexico tourism industry for decades and will help you expand your Mexico living horizons.

Each tour is limited to eight people. Register for the tour at mexicoforliving.com/ajijic-walking-tour.