As the new golf course of the Country Club de Chapala nears completion, golfers and vacationers from the Guadalajara area are visiting San Nicolas de Ibarra in increasing numbers. Although the new road will not be completed until late June, the road from Chapala is serviceable. Heavy machinery is active all along the old road as they finish up the bridges and pave the new road.

This mixes in with the timeless beauty of herds of cattle and horsemen for the five miles of the scenic drive. The water system at the course distributes 60 gallons of water per minute to each sprinkler, which allows coverage of one quarter inch of rainfall in 30 minutes. Additional water pumped from the club’s 170-meter deep well is deposited into two man-made lakes, one holding a 1.5 million gallons, the other 800,000. These lakes will be stocked with large-mouth bass to provide a fishing ground for members. Jacarandas, pines, oaks, frangi-pani, plums and pirul trees have been placed on the new 18-hole course.

On guns in cars

Information received by this newspaper to the effect that carrying a gun in one’s car is a dicey business has led to an effort to find a full factual answer. Which is yes, no and sometimes, depending upon the source.

The Supreme Court of Mexico says yes, based on its finding that an individual’s car is an extension of his home. So while a person may not walk around with a gun without a special permit, he may carry one in his vehicle if he is licensed to have it in his home.

The Mexican Army, however, disagrees, and since it is the army that is most likely to find you with a gun in your car, it would seem only prudent to take into account the military position, which is that you cannot carry a gun in your car without another special permit.

These permits are limited to security guards in armored trucks and others in such dangerous jobs. Without such a permit, your gun will be confiscated, and some sources tell us that even with a special permit to carry, it may be confiscated, although it may be returned at the Military Zone headquarters later. The only other category for obtaining a car gun permit are those who are members of a gun club, who are permitted a license to carry the gun to and from the club and to and from competitions.

While the difference in official positions could cause some confusion, the positions themselves are quite clear. It remains only to decide whether one chooses to go with the Supreme Court or with the Army — and, of course, how much one values one’s gun.

The very existence of Lake Chapala, the republic’s largest inland body of water, is being threatened on several fronts and its future is in the hands of the present generation of Jalisciences, according to Jose Briseño Muñiz of the University of Guadalajara’s Astronomy and Meteorology Institute.

The residents of Guadalajara seem to be uninterested in hearing about the problems of Lake Chapala and don’t really care if it disappears or not — so long as it doesn’t happen in their lifetimes — the scientist said.

Elevated levels of contamination, diminishing water supply silt build-up of the Rio Lerma basin, the disappearing supply of fish that once fed thousands of people and gave work to hundreds of villagers living around the lake, and sewage from the towns bordering the lake, plus  increased withdrawal of water from Guadalajara, farmers and industry make clear the indifference of both the public and government concerning the lake’s future, according to local conservationists. 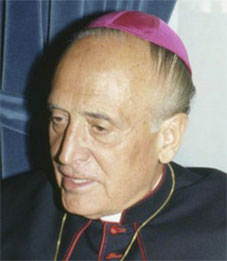 After living in this country for nearly 20 years, which he calls the best of his life, the Vatican’s ambassador to Mexico departed for his native Italy May 31.

Girolamo Prigione became the first papal nuncio to Mexico after the long estrangement that began when President Benito Juarez severed all formal ties with the Vatican in 1857.

Prigione, 75, played a fundamental role in the re-establishment of relations between Mexico and the Holy See, as well as in the Mexican government’s granting of legal status to Roman Catholic and other churches in this country. He arranged for the three visits of Pope John Paul II, beginning with his historic 1979 journey that included Mexico City, Guadalajara and Monterrey.

Campesino groups in Jalisco are threatening to block Guadalajara’s international airport to protect what they claim is a stab in the back by the Treasury Department (Hacienda) on the issue of legalizing foreign-plated cars in Mexico. Treasury Department officials say more than a dozen campesino organizations are committing fraud by selling stickers that claim to “protect” the vehicles of returning migrant agricultural workers in the United States from being impounded. The Secretary of Commerce and Industrial Development says that legalizing the 1.3 million foreign-plated vehicles allegedly circulating illegally in Mexico would significantly damage the Mexican automobile industry.

The Herald Mexico, the only English-language daily distributed nationwide, suspended publication June 1. The newspaper had been in print since February, 2003 under a joint venture between Florida’s Miami Herald and Mexico’s El Universal. The Herald went into production just one month after the demise of the Mexico City News, the country’s longest surviving English-language daily. The Herald was distributed to more than 30 cities and towns across Mexico including Oaxaca, San Miguel de Allende, Puerto Vallarta, Monterrey and the Lake Chapala area.

Celebrating their first month in Mexico, Wayne Criner and Julie Hensley, from Phoenix, Arizona were accosted at gunpoint in their home by two men who tied up and threatened them, then absconded with their wallets, CDs and a brand-new truck. They had just arrived at their home about 8:15 p.m. when the two men pulled guns on them. Once the men left, the couple were able to extricate themselves in a few minutes and call the police.

Under pressure to address the perception that Mexico is an unsafe travel destination for Canadians, Mexico’s Secretary of Foreign Relations traveled to Halifax to meet with her Canadian counterpart, Peter MacKay. MacKay repeated an offer to assist Mexico in the ongoing investigations into the deaths of Canadian citizens and expand upon cooperation around investigative techniques. Canadian police visited Quintana Roo to speak with authorities recently. Mexico’s Department of Tourism released figures in late May showing the number of Canadians visiting Cancun had dropped from 188,000 in 2005 to 79,000 in 2006.