Just beyond the swimming pools full of vacationers enjoying the tropical sun and the retired expats cooling off from the heat of the day at cocktail hour, you’ll find a modest, off-the-beaten-path pool with something to brag about – local swimming school Acuática Requeña.

Laura Gabriela Requeña Farias, who was born in Guadalajara and raised in Colima, began swimming at the age of nine. By the time she was 13 she stood out as the best swimmer in Colima state and continued her ascent to become an open water (at sea) regional champion.

“Swimming open water and in pools, I became a Central American champion twice in my particular style (butterfly),” she says proudly. “When I was 14, I was already teaching my classmates to swim. I arranged my schedule to teach, and the children advanced very quickly with my coaching.”

Requeña continued her education at the University of Colima, where she studied pedagogy, while continuing to work at the Colima Institute of Sport training young athletes.

“I retired as a high performance athlete at age 20 and got married,” she says. “But it had always been my dream to have my own swimming school.”

When Requeña was offered a job helping Paty and Martin Cibrian at their Colegio Cuahautlí school in Cihuatlan, she grabbed the opportunity but never gave up on the dream.

“I’m grateful to Paty and Martín for welcoming me with open arms, because that’s where I started my adventure.

“In 2016 I took the risk, with the support of Ana Karen Galvez and my two sons, to rent a space in a water park in Barra de Navidad called Rancho Aurera. We started with six students who are still in our Requeña aquatic family.”

In January 2018, Requeña and Galvez opened their own school at a pool located just outside Melaque on the highway to Autlàn. Along with other coaches, they train students  age  five months to 18 years, as well as help adults undergo rehabilitation.

“Aquatica Requeña is the only school around to have babies competing in open sea,” she says. “We now have a select group of champion athletes and girls who are among the best swimmers in the country.” 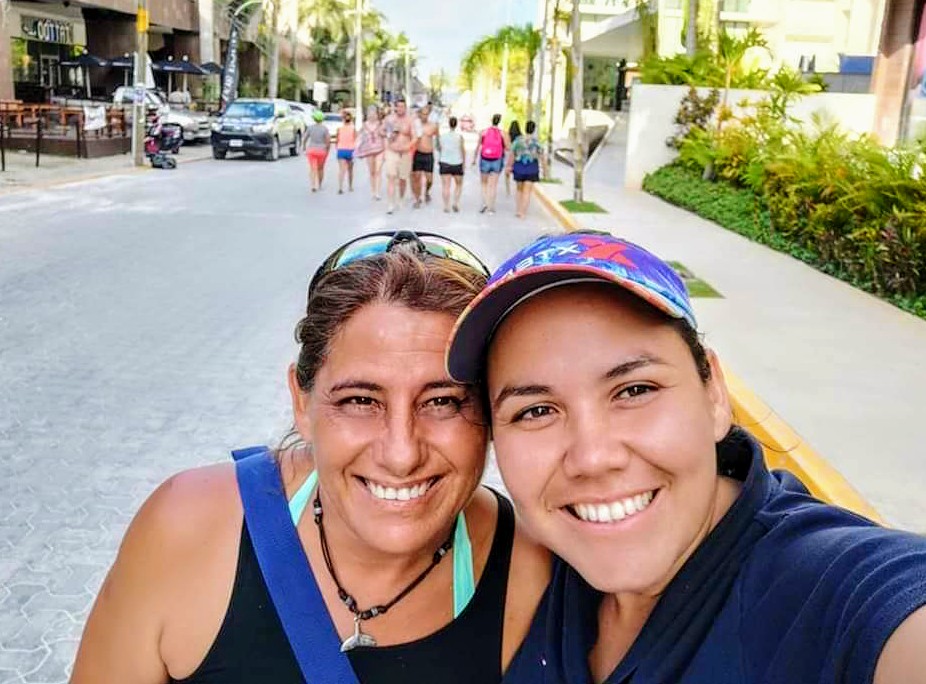 • The Sailing Parade is Friday, February 21, starting 9 a.m. from the Marina. You can be in the parade! Get your tickets at Rooster’s Restaurant in Melaque, at the tourism department at MLS Realty in Barra, or at the booth at the Pharmacy Zurich in front of the OXXO near the church in Barra, open daily 4 to 7 p.m. until February 19. Information: @Linda Bello Ruiz on messenger.