The fifth annual gay pride festival in Puerto Vallarta will take place the week of May 21-28.  Seven days of revelry blast off Sunday, May 21 with the welcoming party at Mantamar Beach Club. 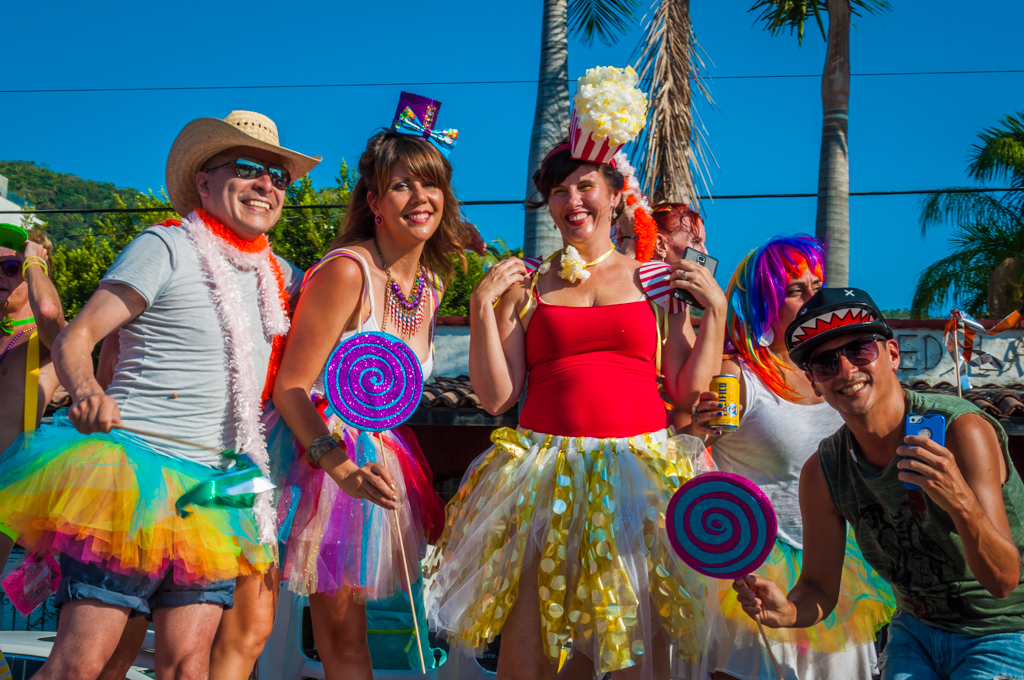 Puerto Vallarta has for years been a mecca for the world’s LGBTQ community, who have injected untold sums into the town’s economy, a fact that hasn’t escaped the notice of its grand poohbahs. In April of this year, the municipal government created the Office of Gender Equality and have had a hand in instituting sensitivity training for local businesses in order to foster a friendly and safe atmosphere for the city’s LGBTQ visitors and residents.

Cultural events that promote diversity will not be lacking this year. Monday, May 22, the “Ending AIDS Together” march will leave Parque Hidalgo and Parque Lázaro Cárdenas at 6 p.m. and culminate in a candlelight memorial at the arches of the Malecon. Tuesday, May 23, don’t miss the Tony-nominated play “Casa Valentina”, taking place at ACT II Entertainment.  And Wednesday, May 24, the Canadian documentary “Beyond Gay: The Politics of Pride” will be screened at ACT II Entertainment at 3:30 p.m., after which a panel discussion will be held with one of the producers of the film, Bob Christie, 6-6:30 p.m.

The Pride Parade itself on Wednesday, May 24, 8-9:30 p.m., holds special significance this year. In addition to the new initiatives promoting inclusion and tolerance, the city’s mayor, Arturo Davalos, will participate in the event for the first time.  With him will be members of his family, the chief of police and a crew of firefighters.

On Friday, May 26, 6-9 p.m., the Drag Derby will return, with 24 fabulous drag queens competing in seven crazy challenges for 8,000 pesos in prizes. The event takes place at the corner of Pulpitos and Olas Altas, a block from Playa Los Muertos.

There are many more events taking place throughout this seven-day event, whose size and visibility has undoubtedly been provided a leg-up by a forward-thinking Puerto Vallarta City Hall. You can find more information at vallartapride.com or facebook.com/orgullovallartapride.