Pedro back on the beach

When I first arrived in La Manzanilla ten years ago, I wandered about exploring the town. 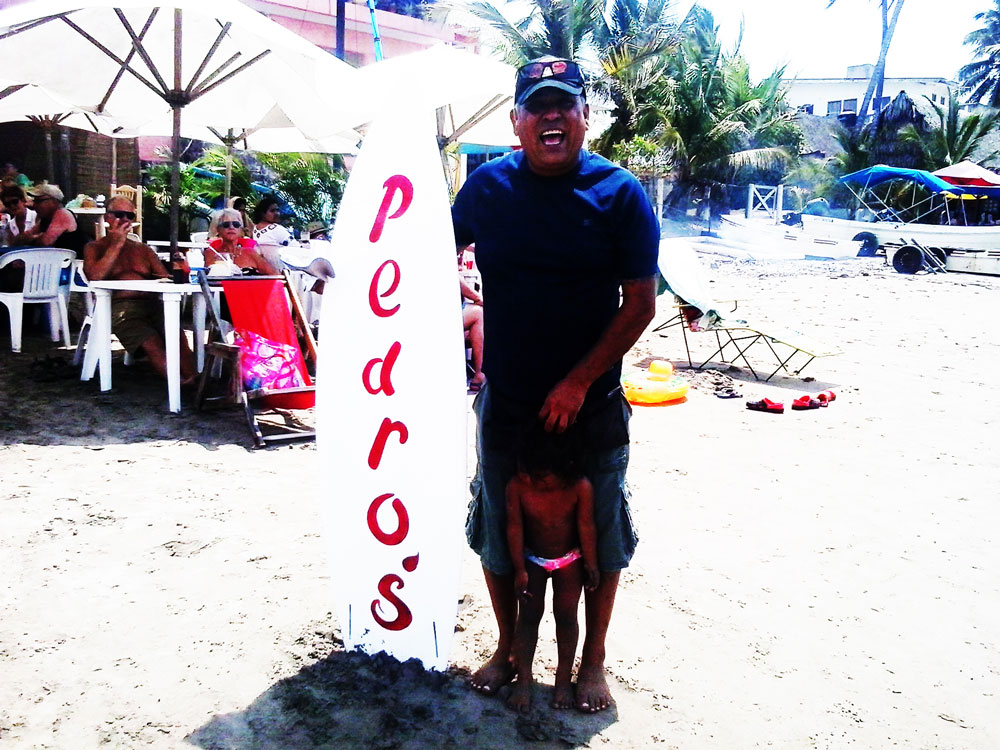 I found myself on the corner near the Crocodile Lagoon, where I saw a food truck surrounded by a few tables, and sporting a sign that claimed they served “the best fish tacos in the universe.”

I had to sample some and judge for myself.  I’d barely sat down when the owner, Pedro, a gentleman with the biggest smile I’d ever seen, was at my side welcoming me to his establishment and presenting me with a menu.  I ordered the fish tacos and a limonada, and with a twinkle in his eye he told me that my order would be ready in a Mexican minute.  I was fortunate to have arrived when I did because the tables filled rapidly and many other people ordered take-out.  When I received my order, I was surprised that it consisted of three tacos, stuffed to the brim with fish and crisp shredded lettuce, onions and more.  All I needed was that first bite to confirm Pedro’s sign; these were the best tacos I had ever tasted, at least in my universe.

I frequented his fish and chip truck often, and then after a couple of years, his restaurant on the beach.  Pedro’s became a staple to both we gringos and also to the Mexican tourists.  Last season, the community was shocked and dismayed at the news that he had to leave his beach location, as his lease ended in August and was not being renewed. The beach without Pedro’s was unimaginable.

Pedro was very disappointed, and many of us were heartbroken.  Throughout it all Pedro remained cheerful and positive that somehow he would return to the beach.

He re-opened this season, on the highway, at the entrance to La Manzanilla. His business continued, with many of his customers visiting the new location. But Pedro didn’t give up on his search for a beach location, and finally one became available. With a little hard work, and perseverance, Pedro’s surfboard stands proudly in the sand in front of his restaurant, welcoming one and all.  By the way, he stills serves “the best fish tacos in the universe” and his margaritas can’t be beat! 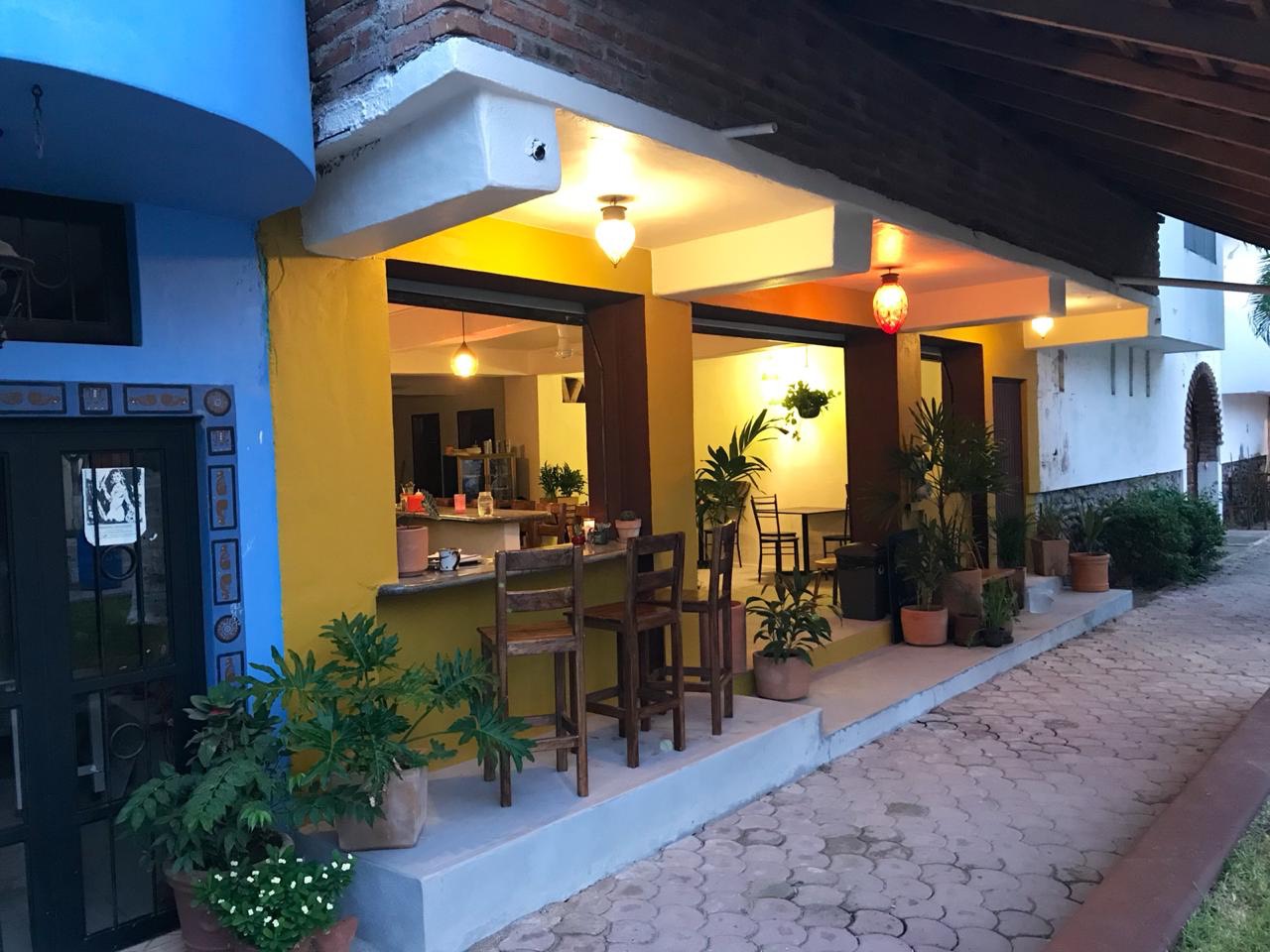 This past Sunday evening, Casa Luz Rooftop Cinema presented “Loving Vincent,” a motion picture that had appeal to film buffs and artists alike. It is a 2017 experimental animated biographical drama film about the life of a painter Vincent van Gogh, and, in particular, about the circumstances of his death. It is the world’s first fully painted animated feature film. Each of the film’s 65,000 frames is an oil painting on canvas, using the same technique as Van Gogh, created by a team of over 100 painters.

Sunday Evening Rooftop Cinema continues this coming weekend at Casa Luz with the film “The Eagle Huntress.”  This movie is based on a true story of Aishol-pan, a 13- year-old Mongolian girl, who trains to become the first female in 12 generations of her Kazakh family to become an eagle hunter and rises to the pinnacle of a tradition that has been handed down from father to son for centuries.  While there are many old Kazakh eagle hunters who vehemently reject the idea of any female taking part in their ancient tradition, Aishol-pan’s father, Nurgaiv, believes that a girl can do anything boy can, as long as she is determined.  This is a film that you won’t want to miss! 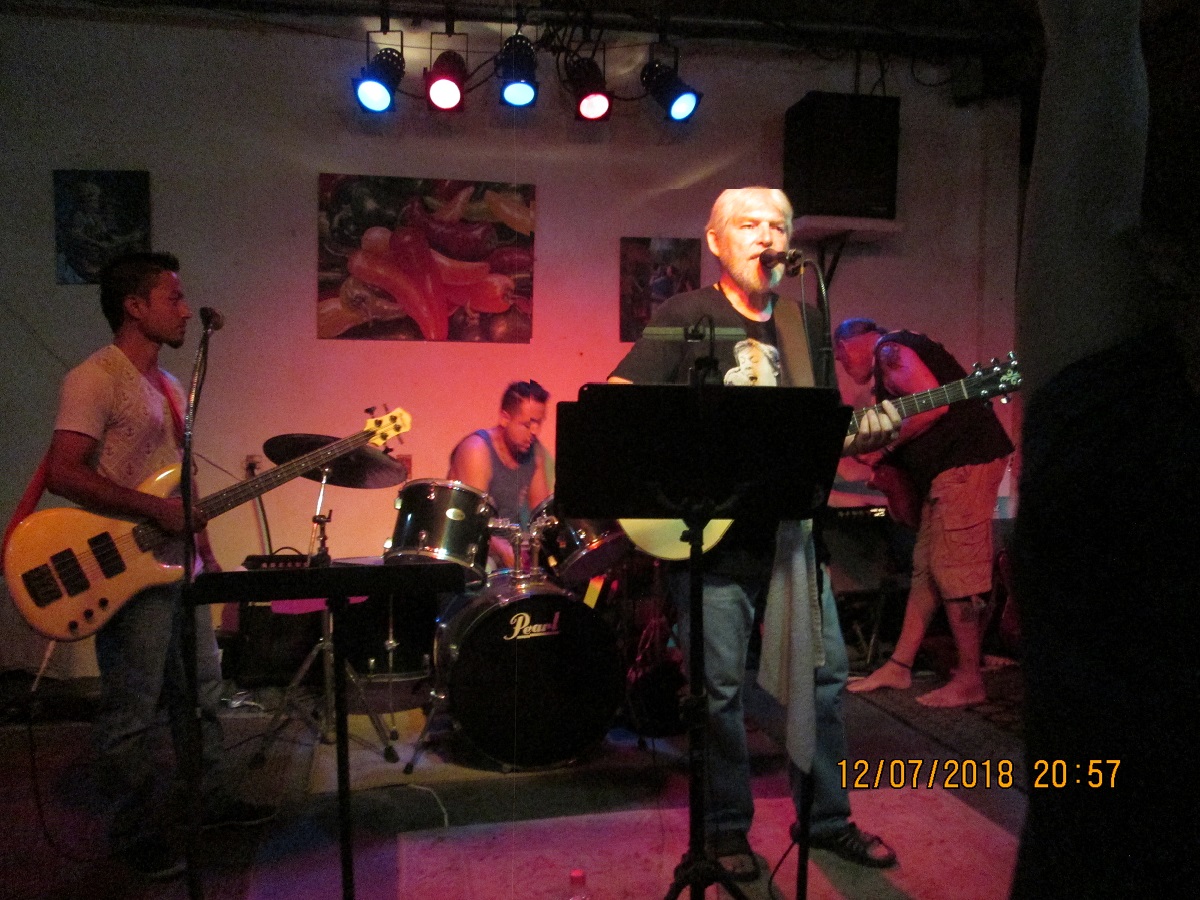 Wednesday evening was Scottie Turner’s last performance for the season at Palapa Joe’s.  Scottie is well known for not only his vocals, but also for his wit, charm and most of all his character. Take it from me, he is quite a character!

All kidding aside, we will miss both him and his wife Jose over the summer.  Safe travels, keep strumming and humming and “we’ll see you when we see you” next season.

Scottie and Jose aren’t the only expats heading north.  Over the last couple of weeks the crowds have thinned out, the camp grounds are almost empty and a steady stream of people are heading to the airports.  The season is rapidly coming to a close. But for a little longer there will still be music, dancing and margaritas available at the local restaurants and bars.  The Galeria de Arte will be open until April, so there is still time to enjoy some beautiful paintings, pottery and jewelry.

Laura Lynch, owner of The Lab Café y Bebidas, will be open five days a week, 8 a.m.-1 p.m. all year, and this newspaper will be for sale there.

Otra Vez Thrift Store and Helping Hands Bookstore will also be open, with summer hours yet to be determined.

For all of you that are making the trip back up north, I wish you safe travels, fun times whereever you land, and hope to see all of you back next fall.  Vaya con Dios!