Oh, What A Night!

Bahia Azul owners, employees and volunteers of the Bocce Ball Committee converted the establishment into a fairy land of white.  Tickets for the affair had been sold out for weeks as this “Ball” has become the go-to event of the season. 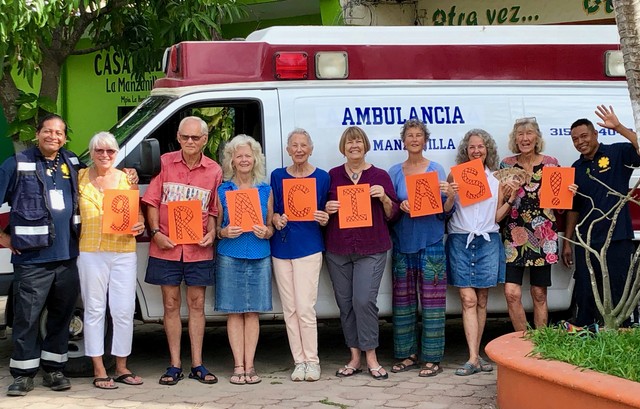 Guests were first invited into the cocktail bar to mingle with friends, meet and greet the Bocce Ball Committee members, along with members of the Eijido Assembly and dignitaries from La Huerta.  Most importantly, guests had the opportunity to see a display of the project for which the funds will be used.

Our little “triangle” on the main street downtown will be given a long overdue restoration, turning it from an eyesore into an attractive little park.  A three-metre tall statue of a whale’s tail, along with trees and benches will all add to the “glorieta” of La Manzanilla’s “Central Park.” The project has been approved by the Eijido Assembly, and the Tamarindo Beach Resort will be donating supplies as well. Leticia Hernandez and her husband Conrado Martinez, designers of the project, were on hand to answer any questions the guests had.

Work on phase one is slated to begin right after Semana Santa, with our favorite sculptor Pino creating the statue.  The total cost of the endeavour has been set at 430,000 pesos.

The volunteers who operate the thrift store in La Manzanilla participate in the decision of which charities to donate the sales profits to.  All agreed that one of the major priorities of the town is the continued service of our ambulance. They also agreed to add a little fun and excitement to raise awareness among the populace of how vital this service is to the community.

So, on January 13, The Otra Vez Challenge was posted on our local message board.  Otra Vez would match donations up to 20,000 pesos.  The deadline was January 31. The challenge was accepted and once again our community showed its generosity by hitting the mark five days ahead of schedule. 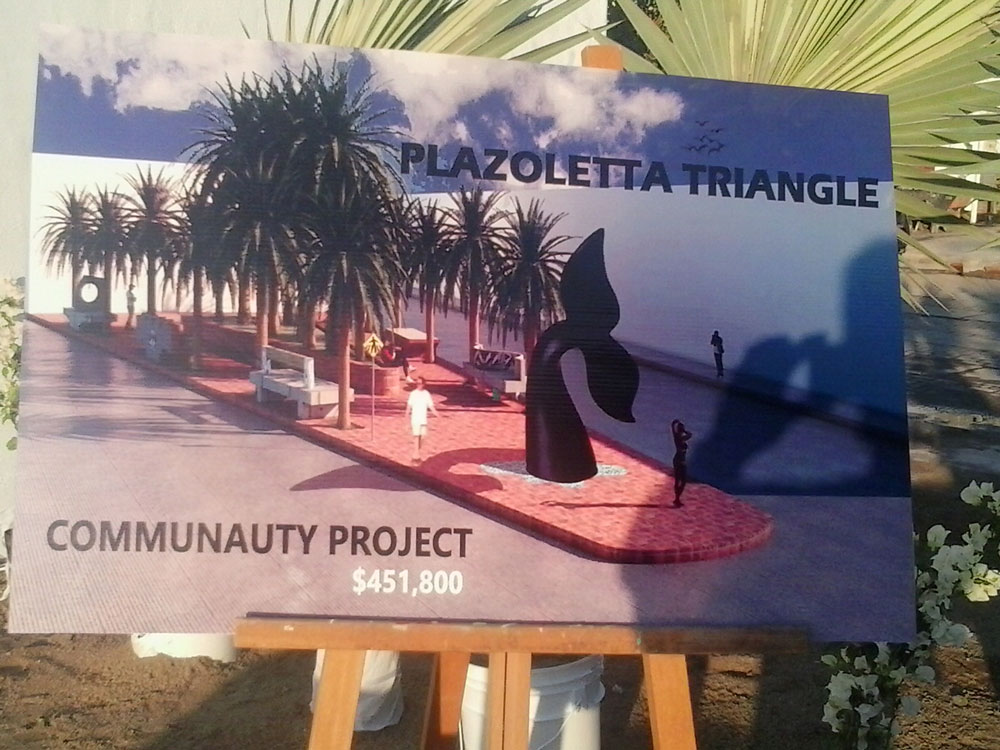 Cisco’s Amigos has once again held a most successful free Spay & Neuter Clinic.

Over the three days of the event, 176 animals will now live longer, healthier lives thanks to this amazing organization. A huge thank you and congratulations go out to all the veterinarians who leave their homes in Mexico City to perform the surgeries, and all the volunteers who give their time and care to the animals.

But most of all, thank you to Julie Wagner Schuetz and her husband Rusty. The couple refused to listen to the naysayers who told them it would never work.  They believed in the idea, in themselves and in the goodness of people.  With that combination and their dedication, Cisco’s Amigos has continued to flourish for over 16 years.

• Write On!, hosted by the Writers Group, will be held on Thursday, February 6 at Casa Luz, from 5:30 to 7:30 p.m.  Approximately 15 members will be reading from their creative, original works.  Light refreshments served after the readings.  Donations at the door.

-Bocce Ball Tournament on the Beach, Saturday, February 15, located in front of Bahia Azul Restaurant.  Come out for a day of fun cheering for your favorite team.  Proceeds from the tournament will be added to the building fund for the revitalizing of the “triangle” mentioned previously.

• A Night Under the Stars evening takes place on Saturday, February 22 in the main square of La Manzanilla, from 6 to 9:30 p.m.  The evening begins with a Mexican dinner, followed by a show featuring local talent, folkloric dancers, live music and children’s performances. Your ticket also includes a bid card for the silent auction, which includes several tables filled with art, jewelry, small appliances, gift baskets and much more.

Tickets are 200 pesos and will be sold at the Friday tianguis/market on February 14 and 21. This fun evening of entertainment will help to continue the Student Scholarship Program.