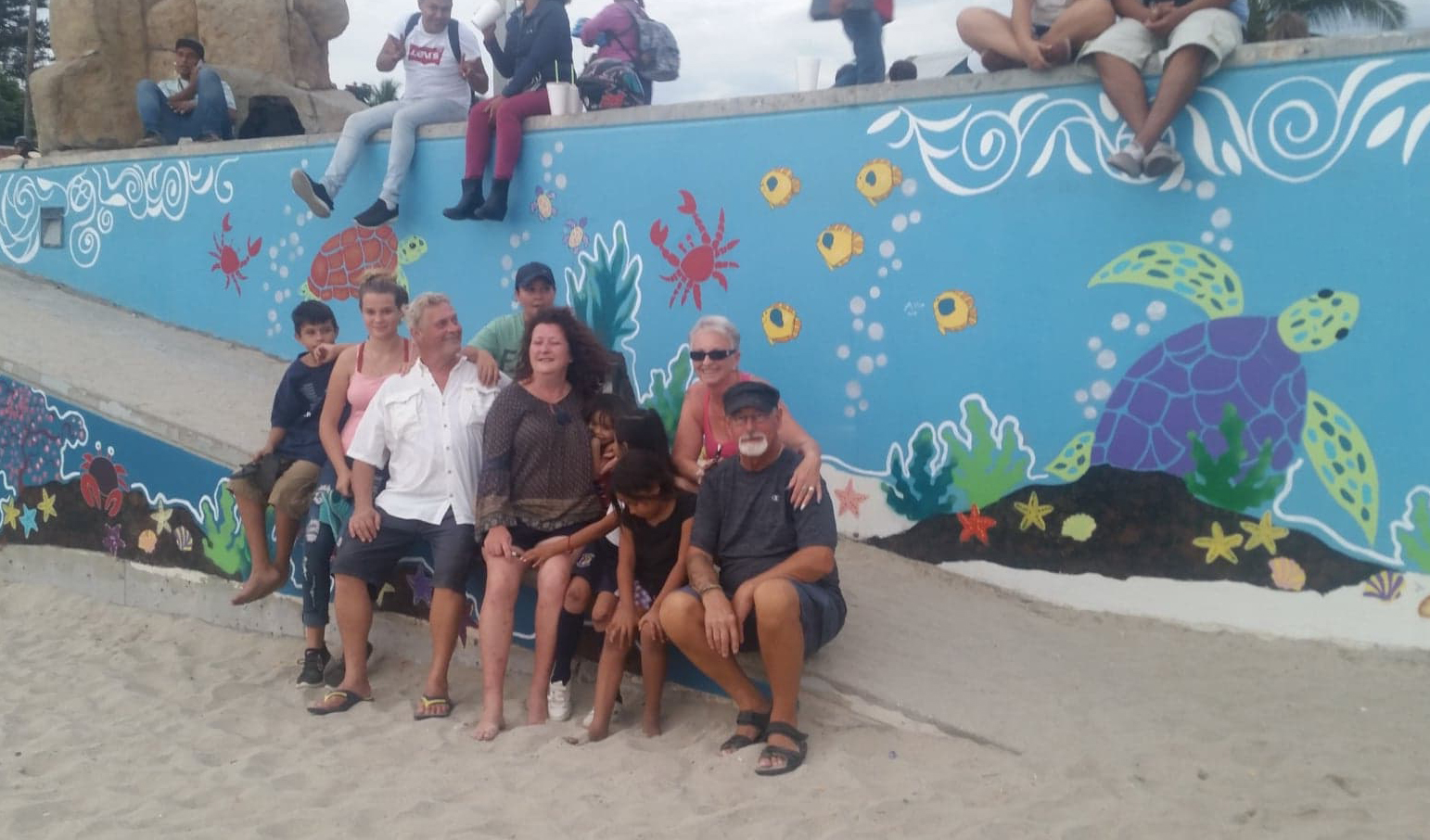 This year’s event takes place in a new venue: the parking lot of the Chedraui supermarket on Avenida Las Palmas in Bucerias.

“We are so thankful to Chedraui for letting us use their space,” says event organizer Karen McKenzie. “It is paved, clean and well lit.  This is going to make such a nice atmosphere for visitors and the restaurants.”

Also new this year is an admission charge and wristbands issued to attendees.

The band Luna Rumba will perform again this year.  “They are a great band to listen to and plays plenty of good flamenco fusion dance music,” McKenzie says.

In addition to the entertainment, there will be food and drinks for sale, including lots of the namesake ribs.

“More ribs will be available this year and at more stands,” says McKenzie. “We listened to the comments that the rib lines are too long and this will solve that problem,”

It is one of the big fundraisers that Manos de Amor holds that provides enough money to keep the shelter running smoothly year round.

The shelter receives no funds from the government. 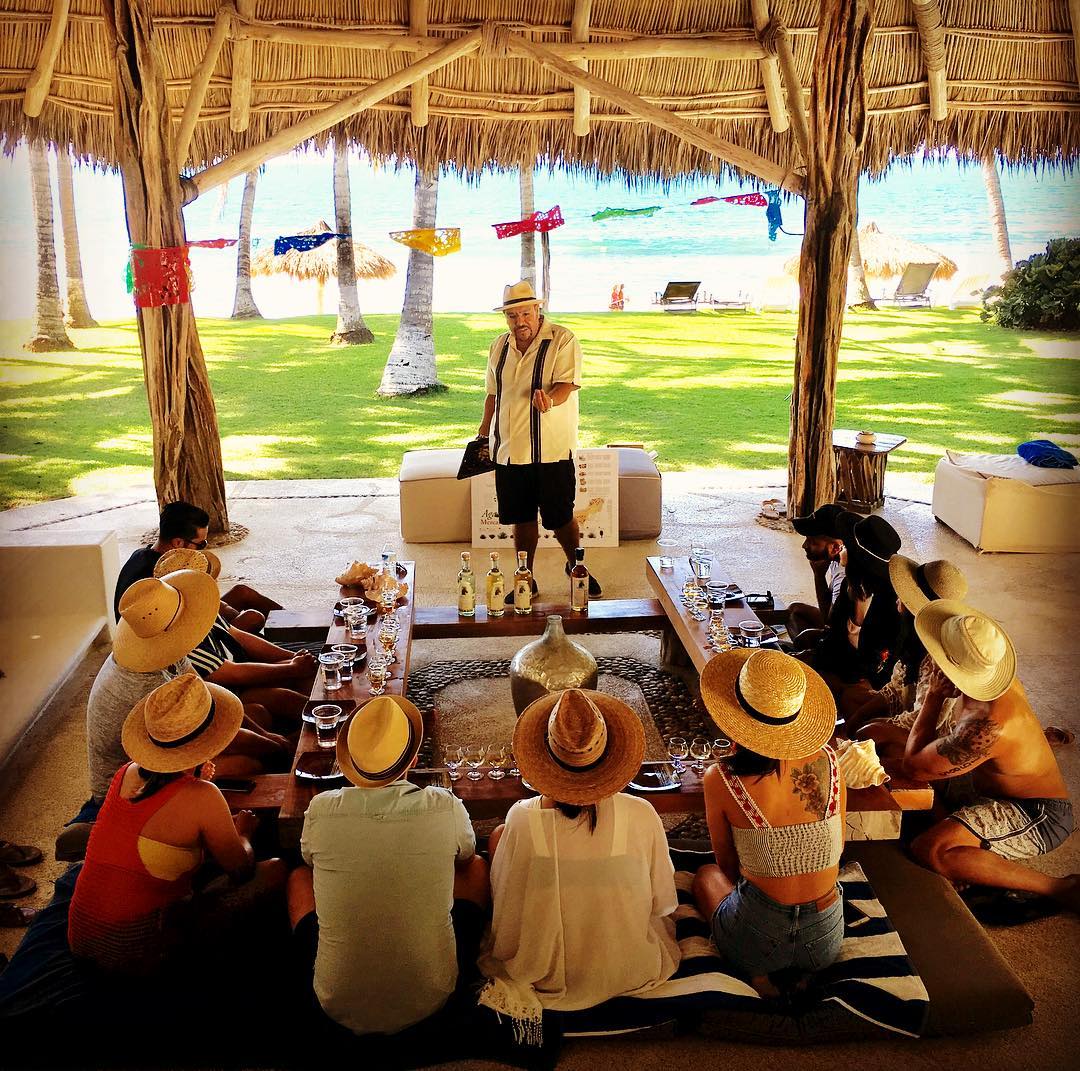 Ricardo and Corinna Dahlin, owners of Vallarta Tequila Tastings, have a special evening planned for attendees to learn about and taste tequila, raicilla and mezcal.

And it’s for a good cause.

Dawn and Jon Moss are opening up their La Cruz home for an Amigos de La Cruz Kids Club fundraiser on Wednesday, February 13, from 5:30 to 7 p.m.

Graciously, Ricardo and Corinna are donating their program to benefit this fundraiser.

Ricardo says that growing up in Los Angeles, he was “one of those kids” who benefitted from a community program such as the Kids Club and wants to return the favor.

The event will feature a selection of complimentary hors d’oeuvres from several restaurants, music and a bar.

“Please join us in financial support of the growing children’s programs sponsored by Amigos de La Cruz,” say the Mosses.

More details will be shared closer to the date of the event.

U.S. donations can be made online and are tax deductible through Banderas Bay Charities, Inc. at bbcinc.org.

Canadian donations can be made online and are tax deductible through Canadian Children’s Shelter of Hope Foundation at ccshf.ca.

Rock the Block, an all-you-can-eat taco party, will be raising funds for the Amigos de La Cruz Environment and Recycling Program,

They would like to buy new recycling/garbage bins for La Cruz. They have a design but are also looking at other options for containers

The general public will be admitted from 8 p.m. for drinks only (no tacos).

Tickets cost 200 pesos each and only 200 tickets will be sold. Fifty tickets were sold the first day they were made available.

Tickets are available at Tacos On the Street, the Amigos de La Cruz Sunday Market table and at the TreeHouse Bar at Octopus’s Garden. 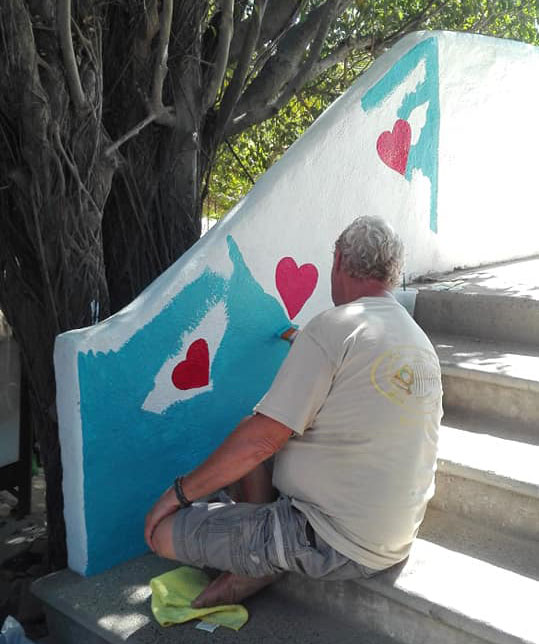 The event is sponsored by Tacos on the Street, Huanacaxtle Musica, Amigos de La Cruz and A&M (Alfredo and Marichuy).

Experience a romantic getaway in the Riviera Nayarit, the perfect destination for luxury and romance.

“The diversity of its natural surroundings and the luxurious resorts are the best ingredients for an unparalleled romantic experience,” says the Riviera Nayarit Convention and Visitors Bureau (CVB).

During this “month of love,” the CVB and the Bahía de Banderas Hotel and Motel Association (AHMBB) are launching their 2019 seasonal offers with the “Romantic Escape in the Riviera Nayarit” promotions.

Visitors can reserve and travel through Wednesday, February 20.

There are 32 associated hotels participating in the promotion with discounts from 22 to 63 percent; or special nightly rates.

The offers also include such things as free local calls to the Unites States and Canada; kids under 12 years free with all-inclusive; US$50 golf credit; US$30 spa credit; US$500 resort credit; kids’ club; free baby-sitting for up to eight hours with a minimum five-night stay. Some hotels are pet friendly, such as the Dreams Villamagna and the W Punta de Mita.

Volunteer artists have wrapped up the mural makeover on the beachside wall under the diver statue in Bucerias centro. On the same day that was happening, cement repairs began on the iconic arroyo “Kissing Bridge,” prepping it for murals of its own.

By providing a pathway over the arroyo, the bridge connects Bucerias centro to the southern portion of the town.

The bridge project kicked off with workers repairing cracks and holes. Material was donated by Bucerias resident and restauranteur Jorge Grimaldi, under the watchful eyes of Gaby Ulloa.

Ulloa was one of two women who saw the need for the bridge to be beautified and, unbeknownst to the other, both decided to organize a repair project.

Ulloa obtained the blessing of the municipal council while Pat Strong was busy lining up mural artists to paint the walls to discourage graffiti “artists” from ruining its new look.

Strong, a Bucerias winter resident with her husband Dusty, lined up over a dozen volunteer artists, both professional and amateur, to paint as many “panels” as possible on the bridge’s interior walls.

Unfortunately, a graffiti artist took advantage of a short lull in the painting to “adorn” one end of the bridge not yet covered by murals with large illegible spray-painted scribbles. The graffiti was painted over within 12 hours.

Over the next several days, Bobby Mackall joined the project to paint murals at the four ends of the bridge walls, while other artists worked on the remaining blank panels.