Returning to La Cruz in early October felt the same as the last two years with mask mandates in place, hot weather and smiling faces greeting us! Quickly though the mask mandate was removed, I felt like a rebel when visiting the grocery store, maskless, woo hoo!

Buzz around town was electric with folks eager to share about the summer earthquake that hit the area with a couple of follow up tremors. Folks told me stories from watching the water in the big jug swooshed about, while others exclaimed the road under their feet moved so much, they thought they had vertigo. I heard of very little damage in the North Bay but in my instance it had me reevaluating the construction we were about to commence. 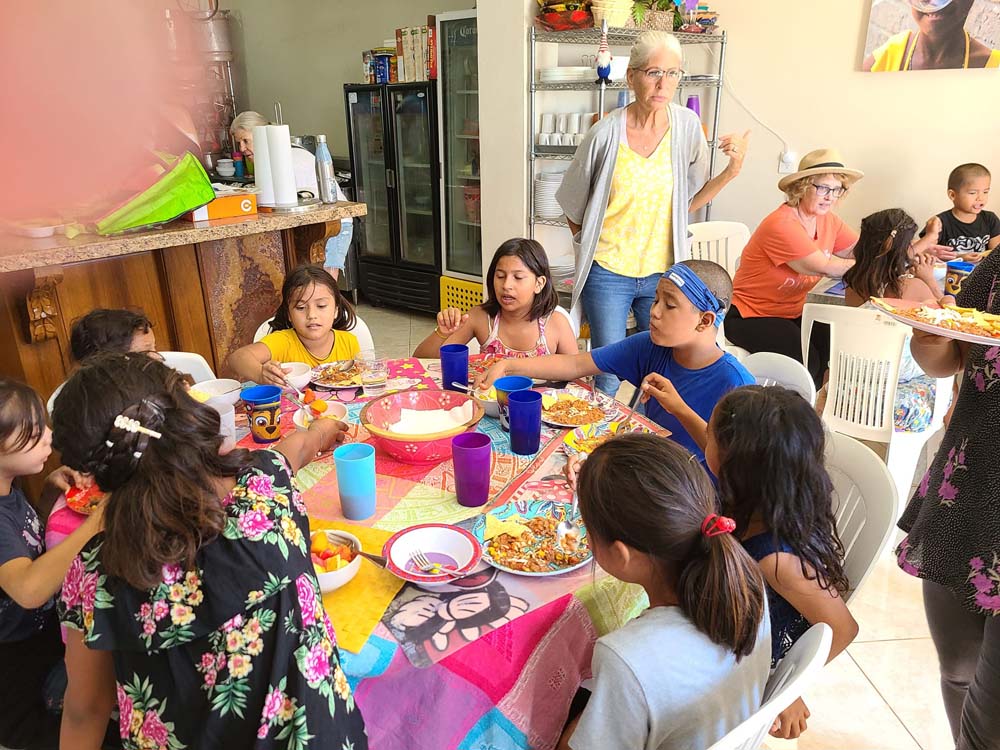 Faced with Hurricane Roslyn, a category three hurricane, on October 29 we had the typical reaction of, “we’ll be safe, protected by the Sierra Madres (mountains).” The prediction was it would hit Mexico’s Pacific coast with maximum winds of 195km/h (120 mph) in the early hours of the morning. Personal reactions at our oceanfront hotel were more of excitement than fear. Having been threatened before and preparing with what was “overly protective measures” in hindsight, this time we only removed anything that winds could pick up and catapult thru windows or do other damage. This was the first time we had guests during a threat, and they were all in oceanfront rooms. We gave them all options to move to rooms at the back of the building; “they shared we’re not worried, this is exciting! Knowing that fear was not there eased our concerns for them. In the end we only had severe winds, lightning and thunder for about an hour which then turned into a mega rainstorm. Phew!

Around the bay others were not so lucky, with folks living beside the arroyo were taken by surprise. An arroyo seco or dry trench is created purposely to allow for the water of the heavy rainy season to pass thru and go downward so flooding doesn’t take over people’s homes. It rarely carries water and, as locals, we regularly perform arroyo cleanups preparing for the best results in times of need. This time the banks of the trench swelled unable to contain the water taking cars, motorcycles and entering houses, washing away much needed household items. As always, Marichuy and Alfredo of the Treehouse Bar and Grill put out the call and with help from the community of La Cruz we were able to restore pantries allowing some respite to those who lost much in one night. “They are people we know very well and thank God there were no human losses,” Marichuy told me.

Sayulita, Mexcatitlan, San Blas, and other areas of Bahia de Banderas were hit badly. Guadalupe of Los Arroyos Verdes in Bucerias put a team together to help the folks of Sayulita, and her daughter Ximena became a hero there, bringing trucks of supplies such as food, clothes and beds (she’s still doing it if you have anything to contribute). I learned that 50 homes were destroyed in that area. The Los Arroyos team also held an art auction to raise funds to help even more.

People continue to give back. In Bucerias, a group at the Punta Plata condo gathered to support the Refuge of Hope by providing a monthly meal for the children. They’ve also encouraged returning friends to pack children’s multivitamin’s in their suitcases. 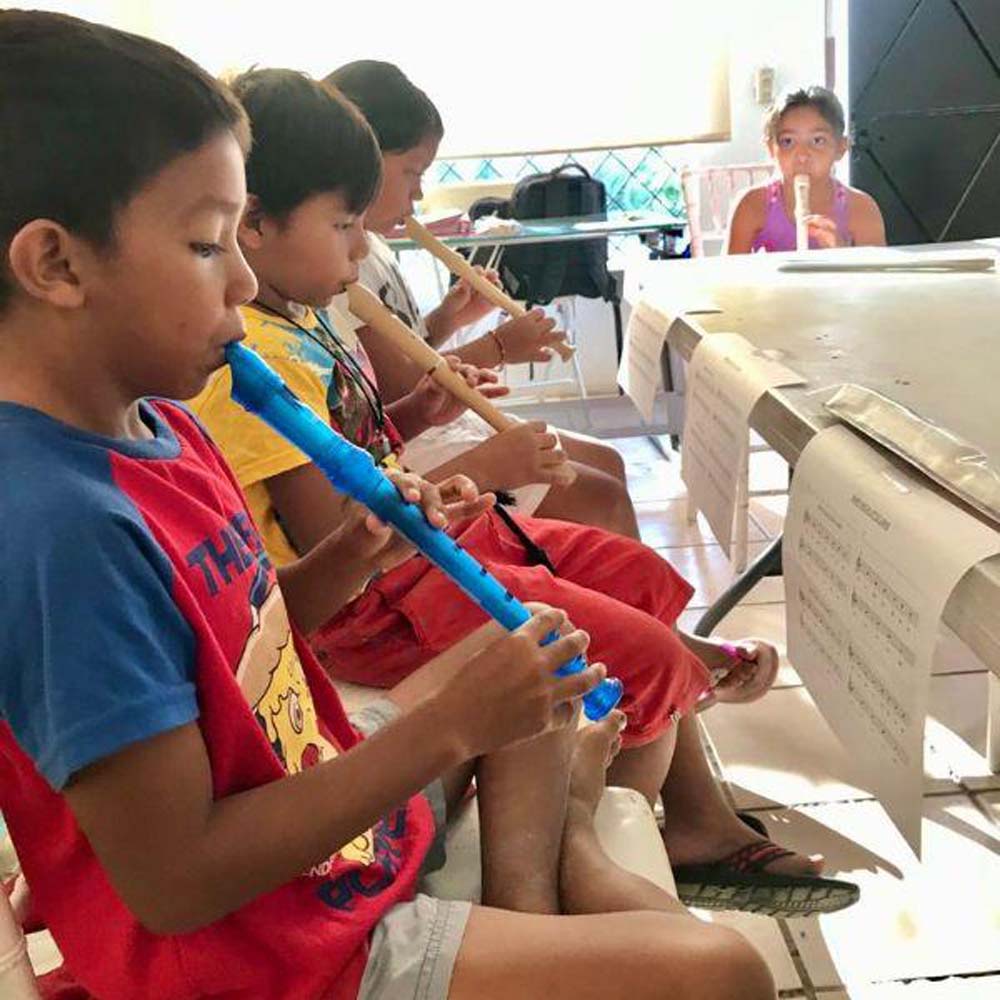 Said Cindy Zimmerman: “As a group we love to do things together and give back to this community which has accepted us with open arms. We picked Mondays because the refuge is closed on the weekends and the children are extra hungry then. Our goal is to get other groups to help too. We are looking for three more groups (maybe a condo or just a group of friends) to take on the lunch program for one Monday a month; even preparing and delivering the day’s snack would help.”

Meanwhile, the Amigos de La Cruz fundraising for kids is ongoing. Contact Amy Welch at This email address is being protected from spambots. You need JavaScript enabled to view it. to assist. Saturday, December 3 is a fun fundraiser featuring the music of the Jessie Tylre Williams band, great food, a silent auction, raffles and a 50-50 draw. The events raise funds for school supplies and support a local tennis team, swim team, Kids Club AM and PM programs, summer camp, free dental for ages 6-12, music classes and more.

Christy Beguesse of 2A Broken Art Mosaic Studios in Bucerias is continually making a difference to so many using the medium of art. Not only does she assist folks to create stunning mosaic art pieces, she also presents the Thursday night Art Walk where folks often spend an evening dining before or after strolling Avenida Lázaro Cárdenas. Shop owners and galleries stay open late to offer wine, tequila, vodka cranberry, margaritas and more.

The latest contribution of Christy and the volunteers she corals is “Hearts for Arts Nayarit.” They envision building communities where every young person has access to a diverse portfolio of artistic materials and programs to inspire their creativity. They aim to create and nurture a network of schools, artisans and affiliate organizations to ensure reliable access to mentors, workshops and community needs to support art education and emerging young artists.

Christmas in La Cruz: The Tree House Bar and Grill is once again collecting items for Christmas gifts for children between the ages of 4 and 13. With over 500 children expected this year, they hope you can help! Your donation will go towards school supplies, educational toys and toys for physical activity. Every year they gift single mothers with skin creams, oral hygiene and other items. These children look forward to this day when they receive their surprise gift directly from Santa.

It’s impossible to talk of the North Bay without sharing about the music, something I’ll expand on in my next article. Right now, I encourage you to go to the Facebook pages and websites for Luna Lounge in Bucerias and Treehouse Bar and Grill in La Cruz, which host wonderful tribute acts for Bruno Mars, Elton John, and Santana.