Officials in Jalisco and Puerto Vallarta, in the face of Covid-19, are hoping for a little-quieter-than-normal Semana Santa, but that doesn’t mean Tapatios will resist the lure of the beaches of the Bay of Banderas. 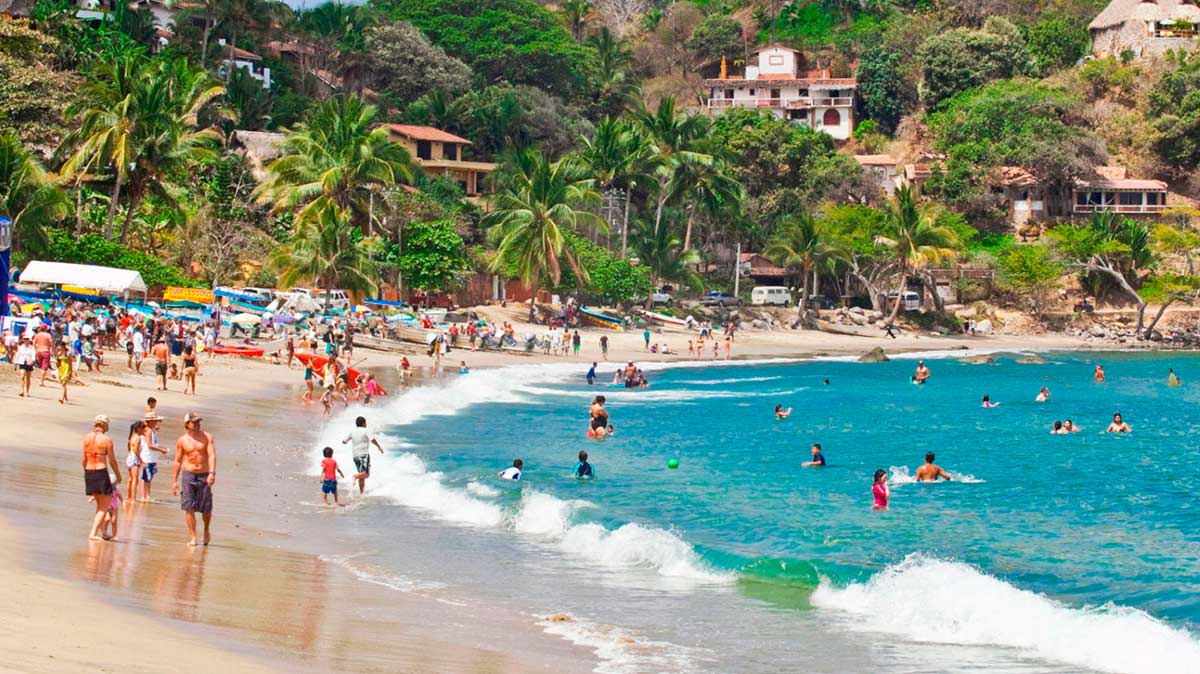 Toward that end, state and city officials have instituted guidelines and restrictions, including:

• Hotel occupancy is limited to 66 percent.

• Beaches will open at 5 a.m. and close at 5 p.m. It is recommended that beachgoers limit their visits to four hours or less.

• Restaurants and bars will be required to close at 11 p.m.

• Bars and clubs will be allowed to stay open until 3 a.m. but only at 33 percent capacity.

• Health checkpoints will be set up on highways, airports and bus stations to detect possible cases.

• Casinos will be allowed to operate at 40 percent capacity.

But one thing the restrictions cannot do is take away the joy of seeing Vallarta’s most iconic symbol, known the world over, the crown atop Our Lady of Guadalupe in El Centro.

The church, which abuts El Centro’s town center to the east, was built between 1930 and 1940 in a hodgepodge of architectural styles, mostly neoclassical, with the crown itself considered of the baroque style of European churches.

Instead, the style was inspired by the parish priest’s take on the “rustic” past of Vallarta. Indeed, in parish documents, Father Luis Ramirez refers to the church as “an expression of village art, which symbolizes the authentic urban look of Puerto Vallarta.” 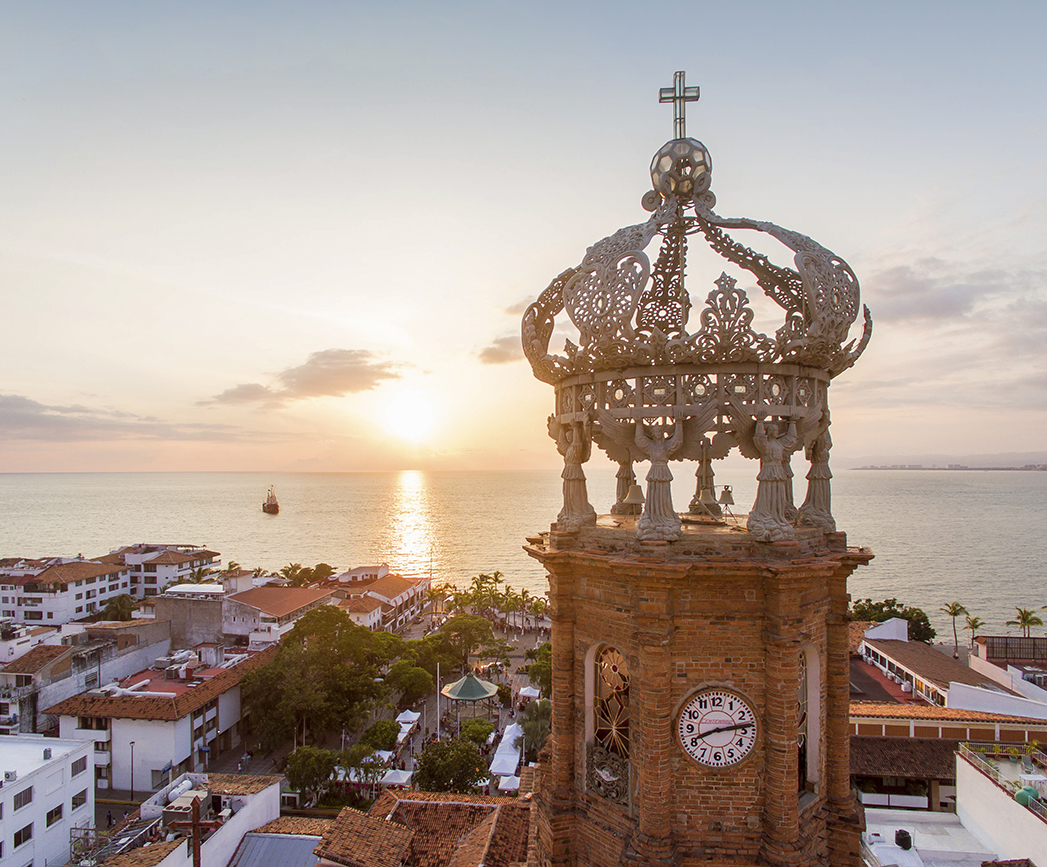 Meanwhile, the crown atop the church, the image of the filigreed crown floating over the city, reflects safety, security and comfort, a place of refuge in stressful times, particularly as Covid-19 continues to have its grip on Mexico and the world.

It’s the crowning glory of Our Lady of Guadalupe, or Parroquia de Nuestra Señora de Guadalupe, Vallarta’s homage to one of the most influential figures in the Americas and Catholicism, the patron saint of Mexico.

The crown beckons to all: the faithful, the put-upon, the hurting, and the healing.  A respite from toil and strife; a shelter from a storm, a place to revere history.

Her crown is a glorious landmark for residents and visitors alike. But she’s had a hard life, battered by storms, broken by an earthquake, and replaced at one time by a big ugly piece of plastic that slowly deteriorated.

The crown, which contrary to long-entrenched rumors is not a replica of one worn by Empress Carlota of Mexico, is called Tecuntlanopeuh, from Nahuatl, meaning, “la que tuvo origen en la cumbre de Las Penes,” or “the one that was born on the peak of Las Peñas” (as Puerto Vallarta was once known as Las Peñas de Santa María de Guadalupe).

The crown is 31 feet in diameter, and 48 feet high. Eight angels make up her base, an homage to the Virgin Mary’s crown, with Marian symbols embellished on their chests. Each angel also represents a point in Mary’s symbolic star. The five large palm fronds held aloft by the angels represent notable dates in Vallarta’s history – including 1851, the year Vallarta was settled – and also symbolize the five mysteries of the Marian Rosary. There are 24 “jewel” boxes encircling the crown, representing the hours of the day, and it is then topped by a world globe, and finally, at its pinnacle, a cross.

The crown was first lofted onto the highest tower of Our Lady of Guadalupe in 1965, more than a decade after the church was completed, and there she stayed until October 12, 1995, when the earthquake crumbled her.

It was then “resurrected” in plastic. Over time, bits and pieces fell to the streets below, and finally, after losing her shape, concerned locals said, “Enough!” In stepped Carlos Terres, a beloved and renowned Mexican artist and sculptor who, over 14 years, lovingly and faithfully resurrected Tecuntlanopeuh to her true and former glory.

Finally, on October 12, 2009, she once again returned to her rightful place, reigning over Vallarta, a beacon of peace and comfort to all.

So as tourists hurry through town, using her as a guidepost, maybe take a moment to recognize her perseverance and her history, and how she serves as a beloved and beautiful beacon of Puerto Vallarta to the world over.