Diversity – genetic, linguistic, culinary, biological, commercial – is on the chopping block around the world.

The tendency towards homogenization takes many forms: mono-cropping, prohibiting the teaching of indigenous languages, the substitution of mom-and-pop stores for Walmart … the list is endless.

But in Jalisco, one of the key areas on its complex cultural landscape under attack by market-mandated blandification is the agave spirits industry.

Tequila is one of the most popular liquors in the world, and the small eponymous region where it was birthed has long been incapable of meeting an increasingly voracious global demand.  As a result, the original tequila Denomination of Origin (D.O. for short) has metastasized way beyond state borders and into Tamaulipas, Michoacan, Nayarit and Guanajuato in order to provide more acreage for the cultivation of blue agave, effectively rendering meaningless the D.O’s raison d’etre — a way of protecting a regionally specific product.

Tequila, however, is far from the state’s only agave spirit and several have survived the drive towards monoculture.  One afternoon in early June, I talked to Pedro Jimenez, owner of Guadalajara mescal bar Pare de Sufrir and his own line of spirits, Mezonte, about these different regional varieties of agave, or maguey, spirits.

(A quick side note for the uninitiated: “mescal” is the umbrella term under which almost all agave spirits take shelter.  In the Nahuatl language, mescal means “cooked agave.” Tequila, then, is a kind of mescal.)

When I asked this businessman/folk-liquorologist to break down the different varieties of mescal found in Jalisco, he quickly whipped out a simple palm-sized map of the state, handed it to me, and proceeded to provide a detailed explanation.

In the west – divided roughly into the Sierra region around San Sebastian del Oeste and Mascota and the coastal area of Cabo Corriente – there is raicilla. On the coast, raicilla – meaning something akin to “little root” – is made from a wide range of agave species, including angustifolia, rodacanta, americana and maximiliana. In the Sierra, it’s made primarily from maximiliana and inaequidens (“unequal” in Latin, for the irregular shape of its thorns and leaves). 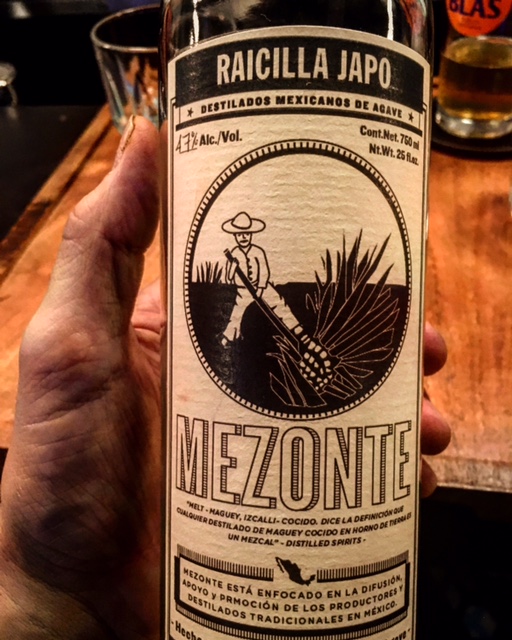 Tutsi, made from the angustifolia agave species, is produced by an indigenous people the Spanish dubbed the Huichol, who would much rather be called the Wixaritari.

Unlike raicilla, tutsi is not sold commercially, but rather distilled for ritual purposes.  For example, during a boy’s coming-of-age ceremony, he is taught the methods involved in the libation’s production, and is instructed to throw back a stiff dram for good measure.  And while tutsi is strictly not for sale, the Wixaritari make a separate liquor for the pleasure of outsiders willing to relinquish a few pesos.

Meanwhile, the name “tepe” is derived from those who make it, another indigenous people known as the Tepehuano.  Somewhat like tutsi, tepe – the product of the bovicornuta agave species – is mainly used for ritual purposes.  They do sell a variant  to the public, but it lacks what Jimenez termed the “plants of power” (among which are peyote) that go into ritual tepe.  (One such ritual in which tepe figures is a strange, Jesus-less variation on the Catholic Easter procession, which regional church fathers, in their spotless wisdom, consider pagan, rather than truly Christian.)

The mescal known as barranca is produced in the same central region of Jalisco where tequila is found.  In fact, barranca is often made from the famous blue weber agave used to make tequila, in addition to the angustifolia variety.

In southern Jalisco, in the Tuscacuesco region near the border with Colima state, the mescal known as tuxca, may be found.  The Tuscacuesco region is criss-crossed by three rivers, resources which have long been tapped by locals for the production of tuxca (made of angustifolia and ixtero amarillo agaves, primarily). Ironically, producers have been less and less able, over time, to rely on local river water, as it has become progressively more polluted by, you guessed it, the agave spirits industry. (Much of this fluvial pollution, according to Jimenez, emanates less from small producers and more from large-scale firms churning out tequila for an insatiable international market.)

You’d be forgiven for thinking that very little separates tepe, tuxca, raicilla, barranca and tutsi from one another besides a preference for certain agave species but there is a wide array of regionally specific techniques and tools, as well as things like terroir, water and climate, which subtly or overtly alter their character.

Jimenez lists over 30 variables that affect the flavor of a given mescal, including time the agave piña spends in the ground after having its stalk “topped,” the types of firewood used to roast the piñas after they’ve been levered from the ground, tools used to crush them post-roast and the type of water added prior to fermentation.

Fermentation presents a whole other set of variables.  Just a few examples are the kind of yeast or yeasts used, the fermentation’s duration and the type of containers in which it occurs.

So it is this constellation of influences on the palatal complexities of a final product, and their countless regional permutations, which Jimenez finds so compelling about agave spirits in Jalisco: more than mere spirits, tuxca, tutsi, tepe, barranca and raicilla represent a vulnerable cultural diversity, a specificity of identity that he believes is in danger by an out-of-control tequila industry.

And, according to Jimenez, aiding in the industry’s promulgation is the bulldozer-like Denomination of Origin – precisely the administrative organ that should be working to preserve the local, the regional and the unique, but which instead is creating, a distillate monoculture, one where cultural context is irrelevant, all but insignificant set against the accumulation of monstrous profits.

So next time you see somebody on the side of the road selling liquor out of a label-less plastic or glass jug, go against your better judgment and give it a cautious sip.  Yes, you might go blind, or suddenly develop a deafening case of tinnitus … but most likely not. Rather, you will have incorporated into your own organism something incredibly personal, the concentrated embodiment of a community, its ethos and customs and their symbiosis with the local environment — a synergy of nature’s bounty and man’s timeless urge to get s—t faced.

The best place to be introduced to some of the above-mentioned spirits is at Pedro Jimenez’s bar, Pare de Sufrir, Argentina 66, Colonia Americana, Guadalajara. Thursday-Saturday, 9 p.m. to 3 a.m.