Poignantly, William Rodriguez, a janitor at the World Trade Center during the September 11, 2001, attacks, will talk of his experiences at the Palcco events center in Zapopan on the 17th anniversary of that fateful day next month. 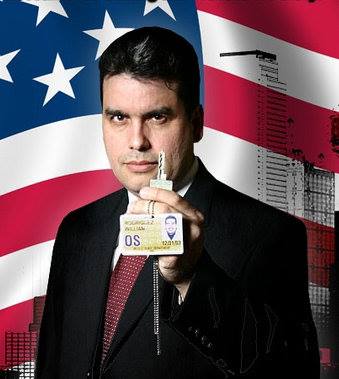 Employed at the WTC for 19 years as a maintenance worker, Rodriguez – of Puerto Rican extraction – was responsible for the upkeep and safety of the stairwells within the 110-storey North Tower. On the morning of 9/11, he was the only person at the site with the master key to the North Tower stairwell doors.

Rodriguez was in the basement of the North Tower when American Airlines Flight 11 crashed into the building. He led firefighters up the stairs, unlocking doors  as they climbed and helping hundreds of survivors. He says that he then went back into the building in a bid to rescue his friends at the top of the tower.  He claims to be the last man pulled from the rubble by firefighters, although this has been disputed.

After the attacks Rodriguez received several awards for heroism and an invitation to a White House dinner where he was photographed with President George W. Bush.

Things went sour after he testified to the 9/11 Commission about the explosions in the WTC. In fact, his entire testimony was omitted along with that of numerous others that did not fit into the “official story.”  Rodriguez claimed he heard an explosion in the North Tower before it was hit by American Airlines Flight 11. He not only claims he felt explosions coming from below the first sub-level while working in the basement, he says the walls were cracking around him and he pulled a man to safety by the name of Felipe David, who was severely burned from the basement explosions. 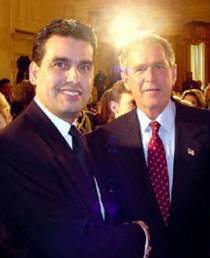 Rodriguez became prominent in the Latino community for helping to institute an economic amnesty program for victims of 9/11 who were undocumented workers.

Subsequently, he traveled widely talking about his bomb theory and his experiences on 9/11, giving motivational lectures and discussing disaster management. Newspaper articles state that he raised $US122 million for the victims of 9/11.

In October 2004, Rodriguez filed a lawsuit (since dismissed) against the United States, the Bush family and others, alleging a massive conspiracy to commit and cover up the crimes of 9/11. The suit covered the gamut of 9/11 conspiracy theories and for good measure threw in accusations of election fraud, drug running and other crimes. It even suggested that United Flight 93 may have been shot down with a “high-powered microwave weapon.”

Since then, Rodriquez has mostly been shunned by the mainstream U.S. media and political establishment.  He has, however, made a lucrative career in public speaking, often addressing packed meetings around the globe, including Venezuela, where he met with Nicolas Maduro, the nation’s anti-American president.

Rodriguez’s talk, “Sobrevivi 9-11,” takes place at Palcco’s Teatro Moncayo Tuesday, September 11, 8:30 p.m.  Tickets are priced from 350550 pesos. Although Rodriguez speaks English well, he will give his talk in Spanish.