The 200th anniversary of the consummation of the Independence of Mexico will be marked in customary low-key style on Monday, September 27 - 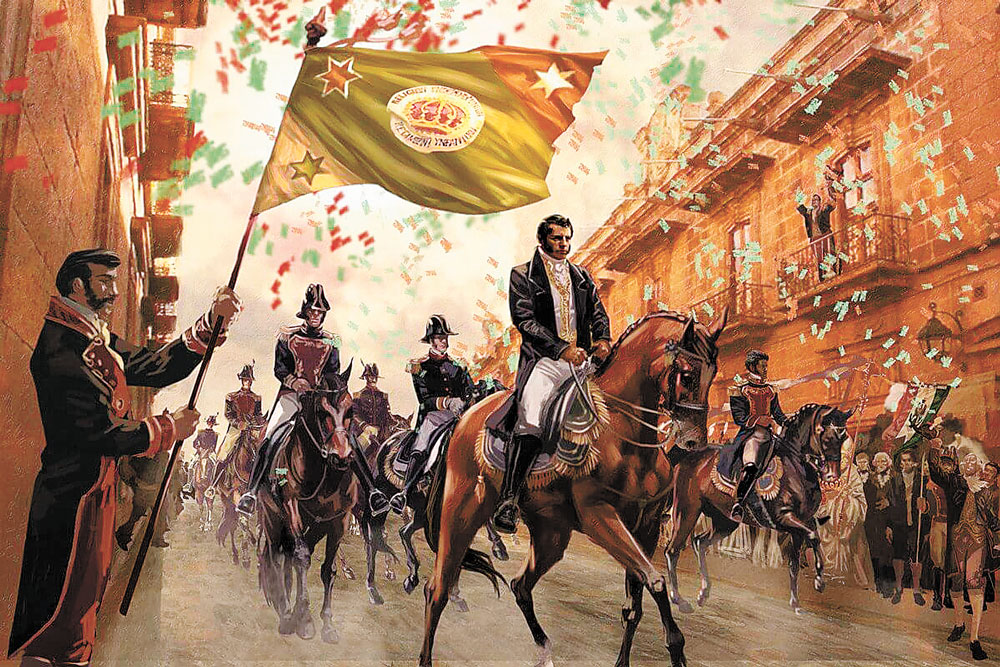 the day Agustin de Iturbide rode triumphantly into Mexico City at the head of the Trigarante Army, thus ending an 11-year struggle started by Miguel Hidalgo y Costilla, the Catholic priest who issued the famous rallying call-to-arms (Grito de Dolores) against the Spanish on September 16, 1810.

While Hidalgo - and later Jose Morelos y Pavon - are considered the real heroes of the independence movement, Iturbide (sometimes referred to as the “Liberator of Mexico”) has been relegated to the rubbish bin of history.  Here’s why.

Born in Morelia (formerly Valladolid), Michoacan in 1783 to a wealthy, staunchly Catholic, aristocratic family of Basque descent, Iturbide received a commission in the Spanish militia and gained fame for his bravery during the campaigns against the liberal rebels who had continued Hidalgo’s revolt.