What was the role of women in the Mexican muralist movement that sprung up in the early 1920s, in which the government commissioned artists to make art that would educate the population about the country’s history, and present a powerful vision of its future? 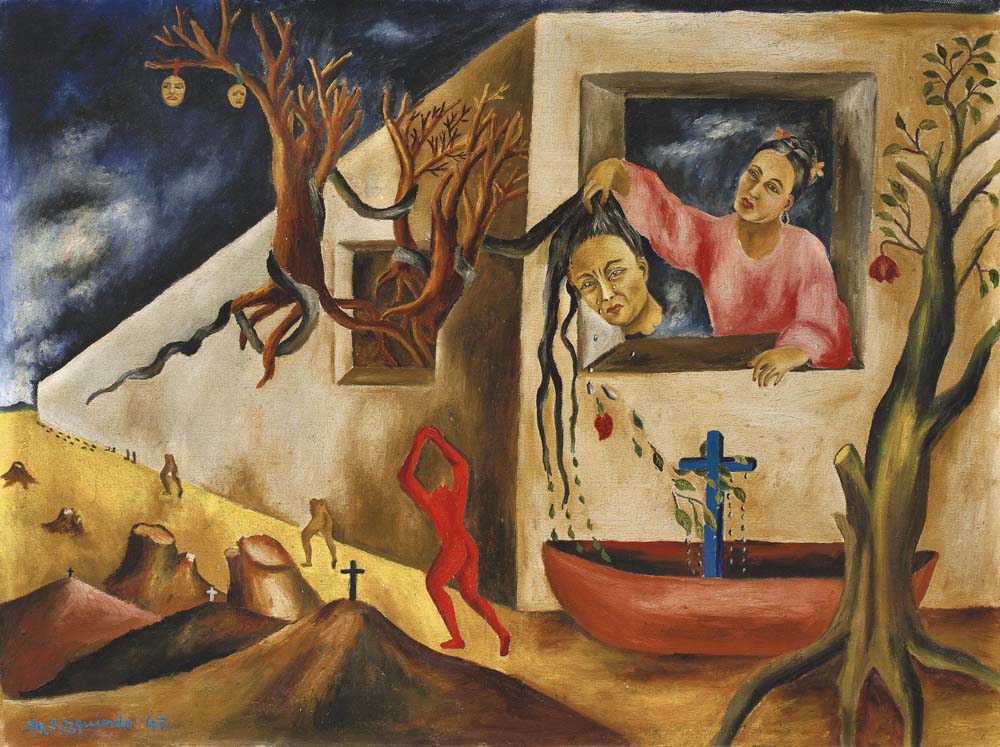 The truth is that the male dominated movement mostly shunned female artists, and largely created art that portrayed Mexican women within their subservient feminine gender roles.

This search for a new vision of cultural identity included the conceptualization of Mexican womanhood. These ideas encouraged the monumentalized female nudes that appeared in the 1920s in state-sponsored murals by Diego Rivera and José Clemente Orozco, which involved representations of indigenous Mexican women.

As part of the national celebration of the centennial of Mexican muralism, the Cabañas Institute has opened an unusual exhibition covering the background to a misogynist episode that erupted in the 1940s after Jalisco-born artist María Izquierdo—who in 1930 had become the first Mexican woman to hold an individual exhibition abroad—was commissioned to paint a mural of almost 200 square meters in the Palacio del Ayuntamiento in Mexico City. The work was to be the first monumental mural done in a public government building of such magnitude by a woman.