The Museo Cabañas owes its name to Bishop Juan Cruz Ruiz de Cabañas y Crespo, who arrived in Guadalajara in 1796 and whose goal was the construction of a shelter for orphaned children, elder citizens and the homeless.

Bishop Cabañas requested Valencian architect Manuel Tolsá to design the building, and put his student José Gutiérrez in charge of the project. Because of its neoclassical architecture style, the Hospicio Cabañas (as it was formerly known) is one of the most significant and emblematic buildings in all of Mexico. 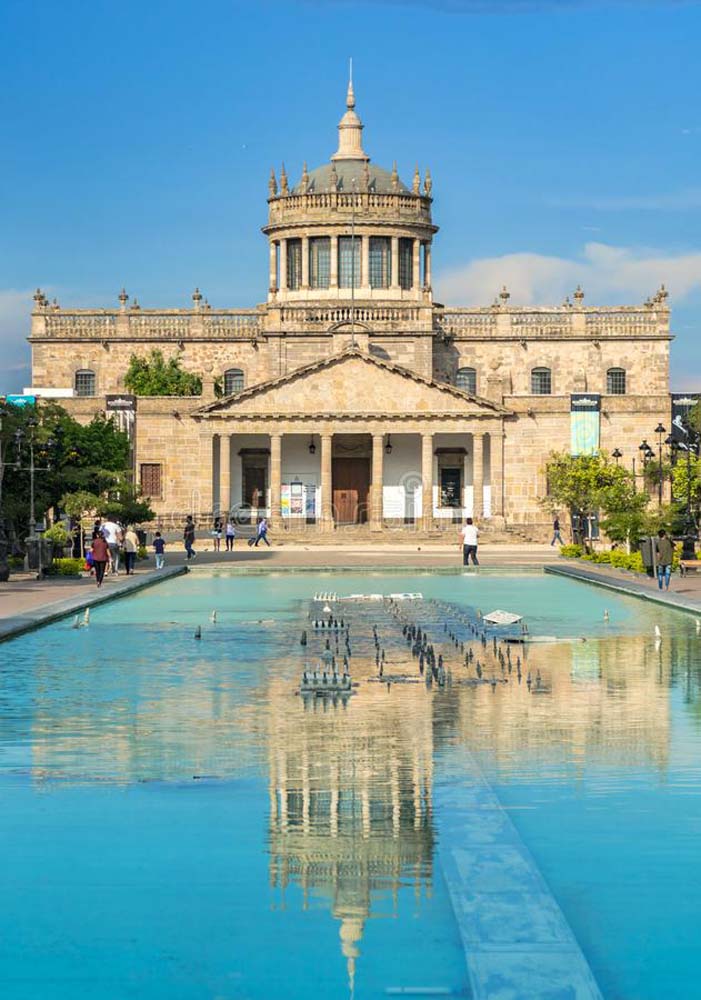 In 1937, invited by the state government, famed artist and Jalisco native José Clemente Orozco started painting his feted mural inside the main chapel.

Since it ceased to operate as an orphanage in 1980, the Museo Cabañas has presented exhibits, talks, conferences, workshops, round tables and concerts. It also houses a movie theater.

Due to its architectural beauty and historic and cultural relevance, the building was declared part of the UNESCO list of World Heritage Sites in 1997.

The Cabañas is open Monday through Sunday, 11 a.m. to 5 p.m.  Cost of entry is 80 pesos for foreign visitors; 55 pesos with Mexican  or resident’s ID.  Free entry to all on Tuesdays.