It seems as if every village in Mexico with a couple of old churches and a few decently-preserved adobe buildings wants a slice of the Pueblo Magico pie.

Like knighthoods or college degrees, the designation, part of an initiative started by the federal tourism board in 2001, promises to instantly imbue its recipient with an aura of respectability and a comely, romantic patina – one which, it is assumed, will attract tourists wont to leave behind large sums of money in their wake.

But lest you think the Magic Town appellation requires of its recipients to fall in line with a narrow set of aesthetic guidelines, two towns that currently boast of P.M. status, Tequila and Mazamitla, are in many ways as mutually differentiated as a hamster and a fruit bat (two animals which have little in common on the surface aside from their status as rodents, just to clarify the simile).

And because I enjoy popping children’s balloons and sawing the horns of unicorns, I’ve made it my mission to pay a visit to as many of Jalisco’s Pueblo Magicos as is feasible given temporal and monetary limitations in order to see if they pass muster. 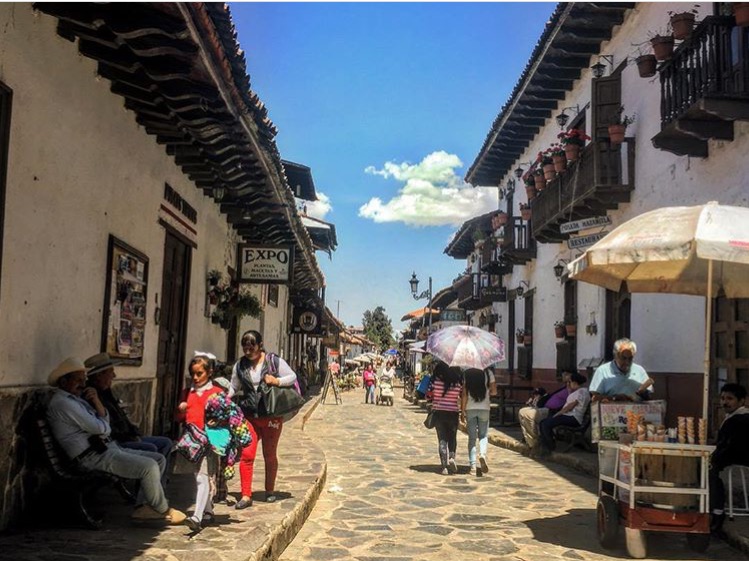 A large portion of Jalisco is defined as occupying the Western Highlands of Mexico. Tequila, a small, pokey company town literally and figuratively overshadowed by its namesake industry, is nestled in the arid heart of this region.

But aside from the grand old estates of mega-producers like Cuervo and Sauza, the charms for which the town was presumably rewarded its present status seemed from my point of view to extend scarcely two feet beyond the two small, admittedly lovely plazas that extend from its chief house of worship’s frontage and left flank.

So it seemed after a cursory first visit, poor little Tequila had been given over entirely to its economic lynchpin, her pleasant but modest proportions sagging under the banal, crass crush of unfettered capitalism; what may have once been simply a pleasant little berg blinking myopically in the sun has had most of its tranquility sand-blasted out of it by garish, variously-themed tour buses, each blaring its own brand of horrifically hyper-kinetic canned garbage.

But there remains at least one pocket representing what one imagines Tequila may have been like before the inexorable lure of lucre bent it over a table: La Capilla Cantina. According to locals, its the only real cantina in town, which is remarkable considering Tequila is a place dominated by selling people the sure promise of besottedness.

Entering in the late afternoon through La Capilla’s swinging doors tenuously attached to a crumbling adobe doorway, I threaded my way through the crowd and sat at the far end of a battered six-seat bar.   Next to me, as good luck would have it, was Aron Delgado, the 20-something nephew of the bar’s elderly owner, Javier Delgado.

La Capilla, according to the younger Delgado, has been in its current location since 1950.  The bar, like most old cantinas, shows its age with the grace and lack of self-consciousness of a Belle Epoque Paris burlesque dancer.

As a long table full of local and international inebriates swayed and sang to the clang and crash of an itinerant mariachi quintet, the garrulous Delgado, brandishing a bottle of tequila and wearing a wild grin, instructed me to tilt my head back, after which he poured at least three ounces of its raw, un-aged contents (no idea what brand) into my mouth, stopping only when I made the frantic gestures of a drowning man for him to desist. 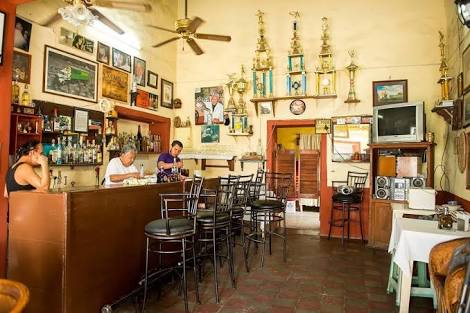 The thing that puzzles me, in the end, is why – given that the Pueblo Magico appellation is essentially bait to lure credulous tourists – even bother applying that status to Tequila at all; the fame of its blue agave distillate had that base covered a long time ago.

Taking pot-shots at low-hanging fruit is easy and makes for a breezy, effortless afternoon in front of a laptop’s sterile glow.  Less easy is expressing praise, but fortunately, the visual raiments of Mazamitla are far more ingratiating than worn out, workaday Tequila.

Everything in Mazamitla is swept and scrubbed, bleached and tweezed to within an inch of its oxygen-thin life, at least in its small central core.  The town plaza, too, is a small-town California real estate agent’s wet dream.  The church, looming over the meandering human specks below, is an idiosyncratic affair all in glaring white, with red and black trim and three daintily tapered steeples planted with metal crosses.

Mazamitla, like a million other quaint towns surrounded by forested hills around the world, is constantly reminding visitors of her natural surroundings and, above all, those surroundings’ chief occupant and an important cash cow for the town – in Mazamitla’s case, the pine tree.  Stark white adobe is everywhere decorated by dark, lacquered joists, cross beams, shims, and standing here and there throughout the town grid are lumpy wooden carvings of various sizes.

It is through endless phalanxes of whispering pines that you walk through to get to Mazimitla’s attractions outside the town center, chief among which is La Cascada El Salto.

Getting to the El Salto waterfall takes you on a one-to-two-hour walk through a kind of part-time cabin suburb which has metastasized out from the main part of town due to the demands of vacationing city families hungry for a rustic — but thoroughly pampered  —weekend.  However, this urban horde only floods Mazamitla on weekends and/or holidays, leaving this constantly swelling suburban tract of sporadically occupied dwellings in a state of eerie, post-apocalyptic tranquility much of the time.  Many of these lonely properties are quite lavish, as ill-suited to the name “cabin” as an overflowing Coachella Festival outhouse is to “oceanfront bungalow.”

Arriving at the waterfalls after a surprisingly vigorous walk,  the prettiness and calm of its environs is admittedly notable, a soothing balm for aching limbs and chaffing, sweaty thighs.  What’s even more notable, though, is the troublingly grey, murky quality of the water pooling at the fall’s base, and the garbage strewn higgledy-piggledy downstream.

If you can ignore what the effects of human effluvia and other waste byproducts of sapiens land-use have seemingly wrought upon poor Cascada El Salto, an afternoon spent among the wafting pines is hardly castigatory.  Just be ready for a vigorous constitutional back to town. The journey is almost entirely uphill and steep at that.

Where Mazamitla trails behind its cousin to the north concerns that important social nexus, the cantina.  Mazamitla, like Tequila, has only one.  But unlike Cantina La Capilla, Mazamitla’s Cantina Tio Juan seemed, at least on a weekday at 8 p.m., a woebegone affair.

For one, the vibe at Tio Juan is just too wholesome, lacking La Capilla’s air of sublime depravity.  To the left of the bar’s selection of the usual booze suspects are several shelves stocked with a wide variety of thoroughly un-adult, candy-colored toys, games and assorted kitsch.  Directly opposite and facing this florescent oleo of junk sat an ebony-haired tween – the daughter of the woman standing at the bar serving my beer – studiously absorbed in her homework.  Her mother, the present owner and daughter of the original proprietor, was courteous and a little shy, in contrast to your garden variety cantina bartender, a breed often brusque and aloof towards strangers and only slightly more accommodating to locals.

But then, the vibe Mazamitla peddles to visitors seems designed to set visiting families at ease rather than carousers, a staid welcome to harried mothers and fathers dragging their chattering broad to the sticks for a few day’s hard-earned, obligatory outdoor recreation.

So if this article had been written with the purpose of measuring Mazamitla and Tequila against each other - like prized race horses or a backyard snail race - which town would be most deserving of its Pueblo Magico status? The answer, clearly, is Mazamitla; while Tequila’s superior cantina earned it some significant brownie points, it doesn’t make up for that fact that Tequila is short on charm and likely bought its way into the Pueblo Magico beauty pageant with liquor proceeds.