In a city with a corazón de plata (heart of silver) and a U.N. World Heritage designation based on its historical, artistic and mining culture, few visitors seem to focus on Zacatecas’ meteorology, geography, geology or topography. 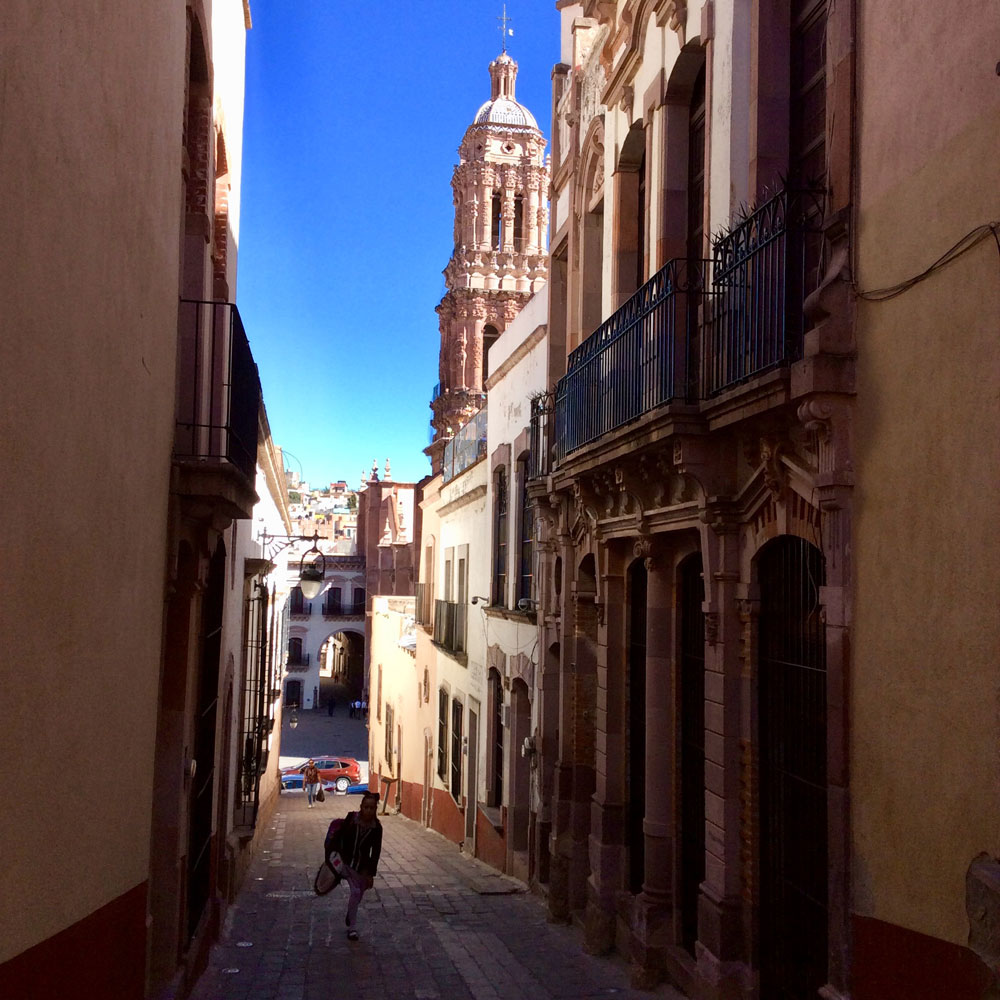 They often prefer instead to enjoy the pristine, colonnaded streets, the mines, art museums and European ambiance, and perhaps to purchase a piece of silver jewelry as a memento.

But just glance skyward, or wonder why the church spires are of pink or orange stone, or reflect on the source of the delicate, iron balcony railings pressing in on you everywhere in the city center, and you quickly realize that the unique physical attributes of Zacatecas are omnipresent.

Take the aerial cable car leading to the looming Cerro de la Bufa (La Bufa Hill). You cannot miss the gondolas dangling high above the cobblestoned and sometimes steeply angled streets. And from many points on those streets you can see the destination of the cable cars, La Bufa, although a view of this famous stony promontory is sometimes obstructed by Zacatecas’s graceful two- and three-story buildings, most of which were built during the city’s heyday, when foreign mining industrialists and their entourages put the locals to their grueling tasks.

Of course, a moment’s reflection on the city’s corazón de plata, also reminds us that we can hardly forget that the earth’s physical characteristics are very near the heart of Zacatecas. And then the architecture and art that so enthrall can start to seem like mere embellishments. 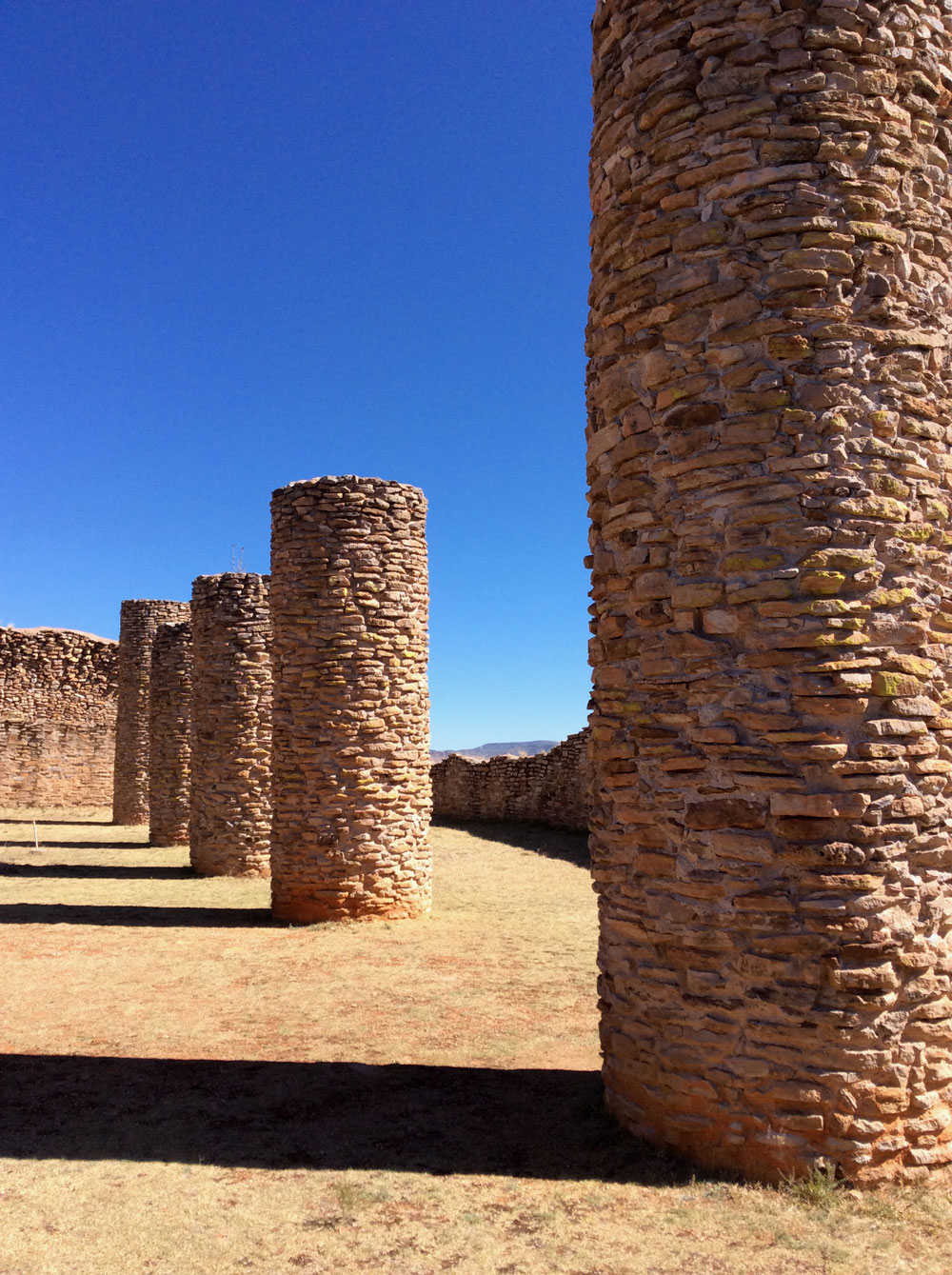 Nature insists in Zacatecas, whether it is through the dry and moderate desert heat of summer, the dry and icy winds of winter, or the straight-as-an-arrow highways traversing the state, peppered by tumbleweeds blowing across them. 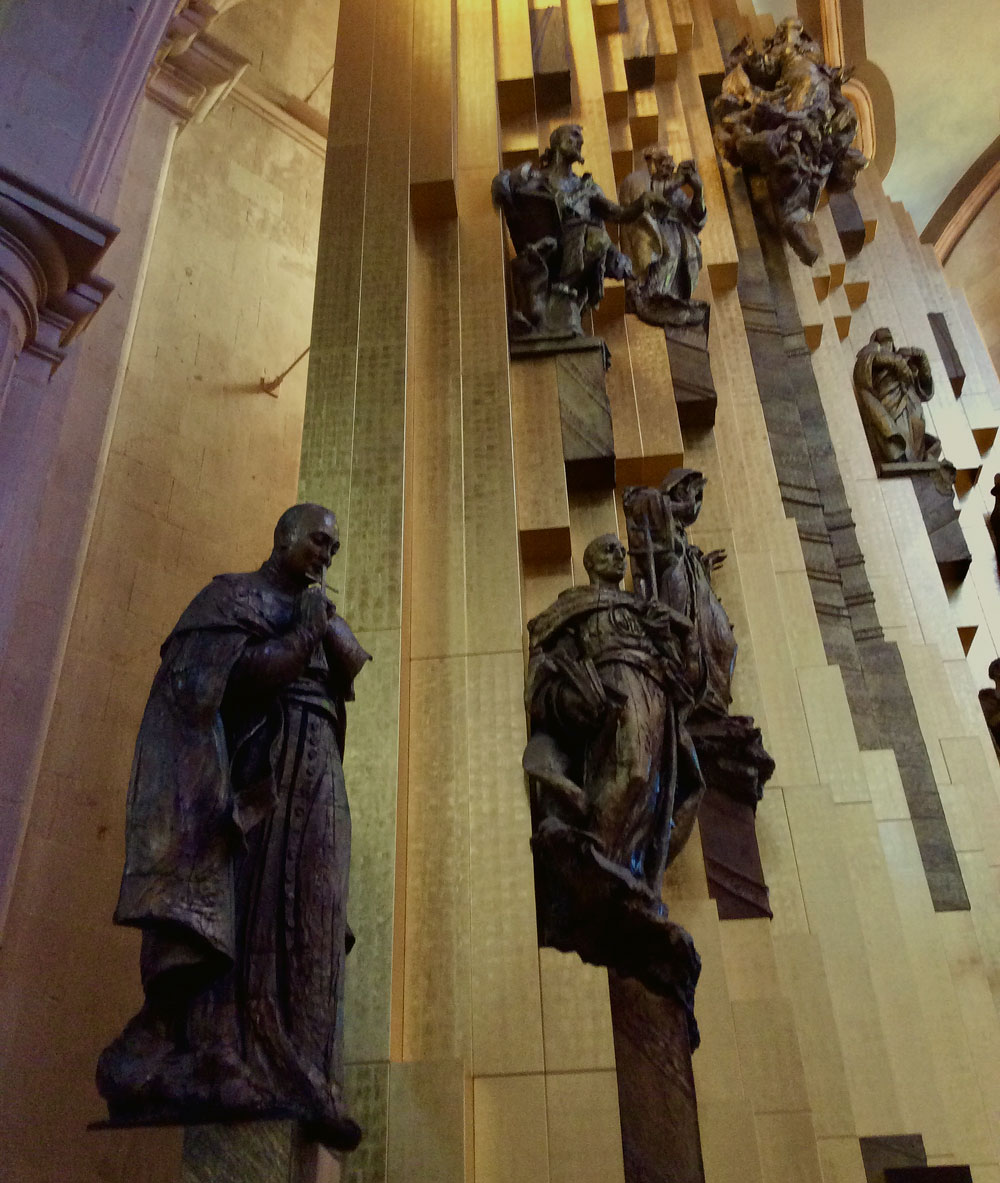 The cozy hotels of the city of Zacatecas may insulate us tourists from the rugged outdoors. But the wind that whisks away our hats when we step outside and the thin sun-infused air, flat stretches and cactuses that surround us on a trip to the archeological site La Quemada inevitably make it clear that we are no longer in Kansas (or Guadalajara or Ajijic). They are insistent reminders that we are at a much higher altitude than Guadalajara (2,400 meters/8,000 feet versus 1,500 meters/5,000 feet), nearly halfway from that city to Monterrey (which isn’t as far away as we thought), and that we are situated in Mexico’s northern altiplano or high plain, so physically different from the lush coastal zone that includes Guadalajara, Ajijic and Puerto Vallarta.

So, while a tourist can while away contented hours experiencing El Edén mine or the amazing mask collection of the Museo Rafael Coronel, a beckoning zip line or cable car, the prospect of a lonely climb up an imposing ruin, or even a considered look at a towering church of orange stone, can quickly transport one’s awareness back to the rugged earth from which Zacatecas is constructed.

Note: The Festival Zacatecas de Folclor Internacional will be held July 28 to August 4, during which Lakeside’s Charter Club Travel Agency (376)766-1777 has organized a trip to the capital (July 29 to August 1). Festival organizers say some 600 dancers and musicians will perform at the festival, including local performers and some from Canada, Poland, Chile, Ecuador, Panama, Peru, Romania and China.