The Centro Educativo Jaltepec’s new tequila tour to benefit its students is far and away something beyond the typical tours to the agave regions. 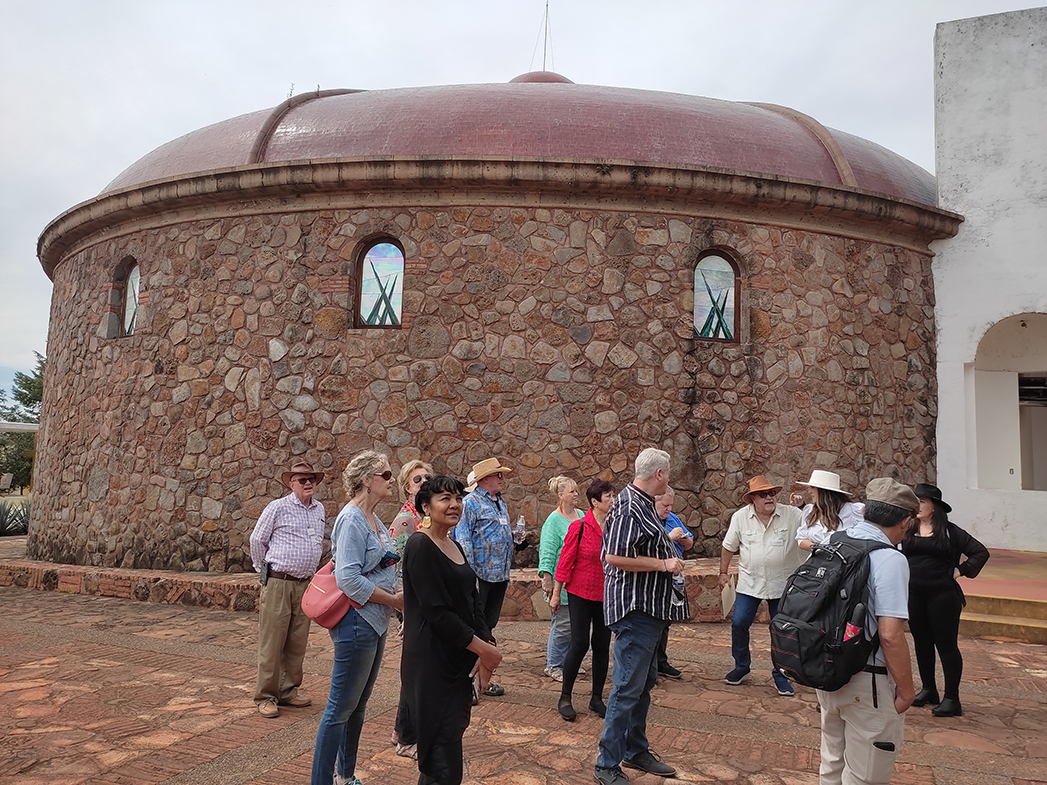 This tour heads not west, but east to Atotonilco El Alto in the Jalisco highlands.

A two-hour drive in a very comfortable 16-person van through some beautiful countryside via a four-lane highway eventually deposits you on a verdant hill at a beautiful brickwork entrance to Tequila Reserva de los Gonzalez, a distillery that in 2004 began construction on a former patch of agave field by Julio González Estrada and his four sons, Francisco Javier, Alejandro, Eduardo, and Juan Manuel González García.

Finished in 2015, the estate is a bountiful expanse of fine brick-and-stone construction that highlights the 80-plus years of experience this family has in the distillery business. Julio Gonzalez learned his trade as a youngster at the hand of his father, who was administrator of two distilleries owned by an uncle. Julio founded his first distillery in 1942 at the age of 17 and began the brand Tequila Tres Magueyes in 1951, with the idea of making the best tequila in the world. In 1987, the family began producing the Don Julio brand, which soon became a top seller around the globe. When Julio Gonzalez sold the distillery and the brands Tres Magueyes and Don Julio to beverage giant Diageo, he and his sons soon began working on constructing their new distillery, Tequila Reserva de los Gonzalez. The first thing they did was build a chapel, where the family celebrates important religious occasions.