The last of a trio of sculptures enhancing the central meridian has been installed a stone’s throw from the Chapala highway intersection on Guadalajara’s Avenida Lazaro Cardenas. 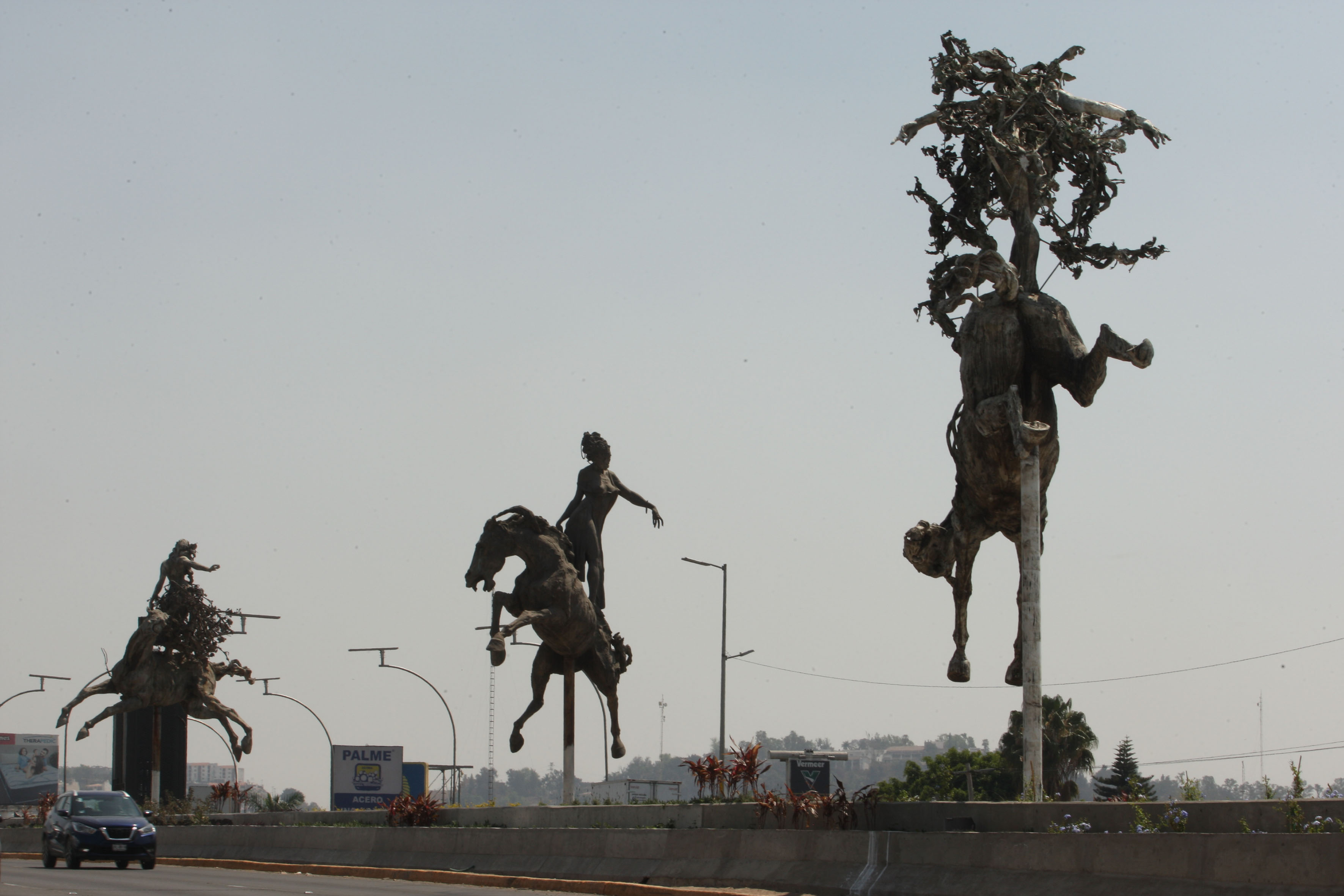 Although the work was commissioned four years ago by then Guadalajara Mayor Enrique Alfaro (now the state governor), artistic and technical challenges delayed the installation of the final component of the creation, Garval said.

The first in the row of sculptures, which are placed about 30 meters apart, was “Abundance” in December 2017.  The second, “Harmony,” was installed the following year.

While the third statue was originally to be called “Voluptuosity,” its name was subsequently changed to “Beauty.” The statue is of a fully naked woman astride a horse, with what appears to be a mantle of thorns wrapped over her shoulders. Garval hasn’t commented on the similarity, but the allusion to Lady Godiva, the legendary Anglo-Saxon noblewoman, is unavoidable.