Six medical students from New York City who attend the Autonomous University of Guadalajara (UAG) Medical School have filed a lawsuit to obtain internships in hospitals in New York City. The suit was filed on behalf of the 1,000 U.S. students who are currently attending the medical school here.

The suit against the American Medical Association (AMA), American Hospital Association, Educational Council for Foreign Medical Graduates and Joint Commission on Accreditation of Hospitals charged in federal court in New York that their constitutional rights were violated by medical authorities in the United States who established the requirements for employing foreign-trained physicians as interns.

The students said a graduate of a foreign medical school could not get an internship in the United States until he had completed the requirements to practice medicine in the country where he received his medical education. In Mexico, they noted, graduates are required to complete one year of internship and one year of social service before they are licensed to practice.

Graduates of U.S. medical schools can begin their internships immediately after receiving their diplomas. The plaintiffs alleged that the defendant medical authorities were engaged in a discriminatory conspiracy that violated antitrust laws as well as constitutional rights to due process and equal protection.

A sun dial that may be 300 years old has been discovered in the main patio of the Palacio de Gobierno in downtown Guadalajara. Excavation of the patio uncovered the dial on the third level beneath the present surface in the course of a project to restore the ancient building.

The Palacio de Gobierno, a modest structure of adobe with entrances shaped of cantera stone when it was built, was constructed in the 17th century. It was ruined in the earthquake of 1756. The sun dial found in front of the offices of the Civil Registry is believed to have been part of the original structure. According to Gustavo Agraz Lozano, who is in charge of the Patrimony and Artistic, Cultural and Historic Values for the State of Jalisco, the sun dial bears Arabic numerals, for reading the hour from 7 a.m. to 7 p.m. There is also an inscription, “XXI POLUS,” meaning that the solar clock is to be pointed towards the south, with the gnomon or hand 21 degrees above the horizon.

The sun dial is undamaged, and upon completion of the restoration project will be located in its original position.

The administration of President Carlos Salinas de Gortari wants Congress to revise the rights of the Catholic Church in Mexico. Currently the Church operates under a set of laws dating back to 1857 that sharply curtail its conduct. The Mexican Constitution is “obsolete” and being infringed upon every day by priests, according to Luis Reynoso Cervantes, archbishop of Cuernavaca. He cited three examples of how the law was broken every day. Legally, he said, there could be no religious education in schools in the republic, which there is; Mass could not be celebrated in the open air, which it is; and priests could not wear clerical garments in public, which they do.

Opponents to changing the Constitution say the Church has become more vocal since Pope John Paul II’s first visit to Mexico in 1979. Many fear a re-politicized Church will fill the vacuum left by the political parties’ inability to tackle Mexico’s serious social problems. Recently, trade union members said they would welcome Church support on issues such as minimum wages and human rights. If a free Church became the most believable moral force in Mexico, it would be difficult to check the ambitions of clergymen, say anti-clerical politicians.

Despite these fears, and in the wake of liberal changes in Eastern Europe, Salinas de Gortari has made a real attempt to improve church-state relations by opening a behind-the-scenes dialogue between government and Church leaders. No one will officially admit that negotiations are taking place, but statements from Church leaders leave no doubt.

The Pope’s representative in Mexico, Girolamo Prigione, said recently, “We are still some way from formalizing relations, but I am very optimistic.”

Guadalajara area residents can rest assured knowing that water rationing will not be as severe as announced last week, as the amount of water city pipes suck from Lake Chapala will be increasing.

As of April 9, the long-abandoned Atequiza canal near San Nicolas will again be operational, bringing one extra cubic meter of water per second to the city on a daily basis, according to metro-area water authority SIAPA.

SIAPA chief Jose Luis Gonzalez says that only 200,000 city residents will be affected daily by water rationing, instead of a projected half a million, as announced last week.

The announcement to increase water extraction from the lake, which is at its lowest level in 46 years, had environmental activists up in arms. With the lake at only 18 percent of its full capacity, many expect Guadalajara to do its part by lessening its demand on Lake Chapala — even if that means hefty water rationing.

Gonzalez defended the move, saying the city’s annual allotment from the National Water Commission (CNA) of 189 million cubic meters of water will not be exceeded if the city takes out one extra cubic meter per second from the lake from April to early June (15 percent more water per second than SIAPA already extracts). Moreover, the lake will only drop two centimeters as a result of the extraction — roughly the same amount the lake drops in a period of three to five days due to evaporation during the dry season, according to the CNA.

The trio of thieves responsible for stealing computers, cameras and cell phones throughout the beachside town of La Manzanilla, Jalisco, and neighboring Boca de Iguanas for the past several weeks is finally behind bars. Dubbed the “barefoot bandits” for their ability to rob residents while they slept, often just feet away, the three eventually picked the wrong house to hit. These intended victims hit back.

At 1:30 a.m., a resident of a beach-road home awoke to find the robbers in his bedroom. When they exited, he had time to identify their pickup truck, send family members to alert the La Huerta police temporarily stationed at the La Manzanilla delegado’s office, and follow the crooks in his own vehicle. They were apprehended at the crossroads of Highway 200 on their way out of town, the night’s take in the back of their truck.

Currently being held in La Huerta, the three men are from Manzanillo, although one lived in La Manzanilla for a short time.

A police spokesperson said that although the three had not yet been in front of a judge, the penalty for a crime of this nature is usually three or four years of incarceration, but actual time and where it’s served “all depends on the judge.” It also is not unusual in Mexico for criminals to “buy down” their sentences.

Stolen goods retrieved on the night of the apprehension are being held as material evidence in La Huerta. Several victims have been able to identify their property, although only one to date has reported actually getting it back. 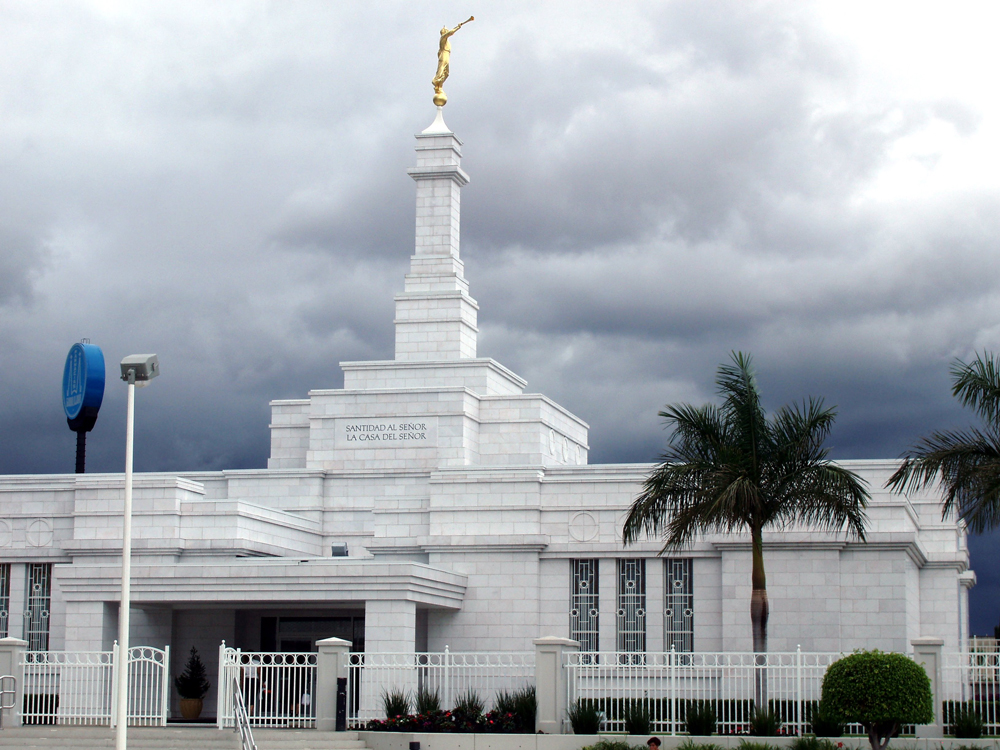 The Guadalajara Mexico Temple of The Church of Jesus Christ of Latter-day Saints, located on Avenida Patria in Colonia Jardines del Tepeyac in Zapopan, will mark its 20th anniversary this month. Ground-breaking began in June 1999, and the temple was dedicated on April 29, 2001 by Gordon B. Hinckley, who served as LDS’ 15th president from March 1995 until his death in January 2008 at age 97. The lavish  temple covers 10,700 square feet and has two instruction rooms, two sealing rooms, and one baptistry. Its exterior finish is made of Blanco Guardiano white marble from Torreón in northern Mexico. The temple serves around 60,000 LDS members in the Guadalajara metropolitan area, and outlying regions.