The Morena Party’s controversial candidate for Guadalajara mayor, Carlos Lomelí Bolaños, has gone all Donald Trump and is refusing to acknowledge the results of the June 6 election, 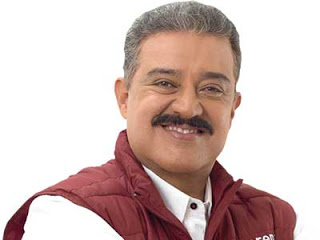 won officially by Pablo Lemus of the Moviemiento Ciudadanos (MC) by a margin of more than 100,000 votes.

Morena charges that irregularities in the counting of votes and illegal interference in the election by municipal and state authorities are sufficient reasons to invalidate the results.

Lomeli said errors in the count favoring the MC candidate were discovered in the 217 boxes that Morena observers were permitted to review. He also accused the MC of distributing water tanks, solar heaters, debit cards loaded with credit and cash to residents during the campaign to “buy” votes.

However, in another declaration, Lomeli said Morena would provide “a real opposition” to the MC on the City Council, suggesting he does not expect his challenge to the result to have any legs.