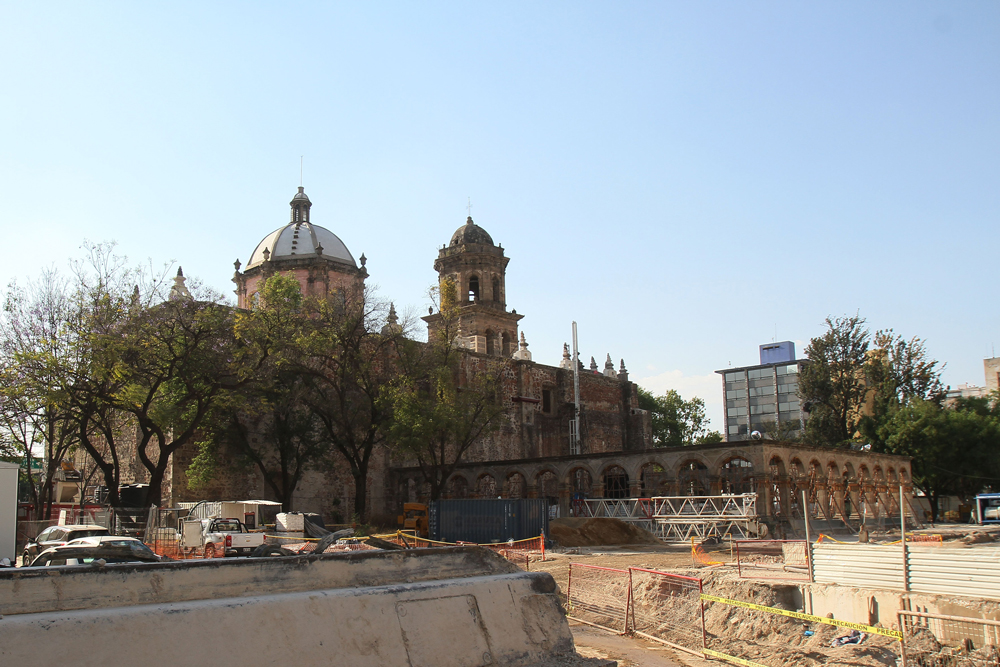 is also at risk of severe earthquake damage, because of theTren Ligero construction work and also the soft subsoil the edifice stands on.  The cleric says the developers of the underground train line were wrong not to take into account the absence of solid rock in Guadalajara’s subsoil in their calculations regarding the safety of adjacent buildings.

Meanwhile, the archdiocese is urging the Ministry of Communications and Transportation (SCT) to finish work on the esplanade facing the Templo San Francisco, one of the city’s oldest churches, which was affected by the construction of the subway line. The SCT has disputed claims by the archdiocese that the church structure itself was also damaged during the work.