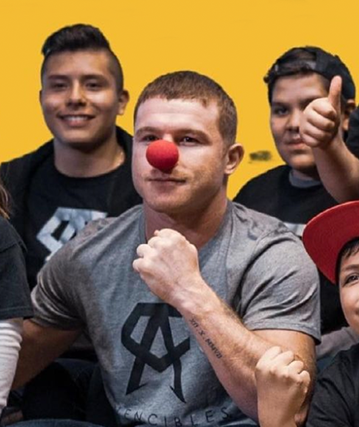 It was almost halfway to its goal when up stepped local boxing world champion Saul “Canelo” Alvarez with a one-million-peso donation, the charity announced this week. Alvarez is a longtime supporter of Nariz Roja, which thanked the fighter on its social media feeds: ”Time and time again you have opened your heart to the champions who fight against cancer.”

Besides counseling and running a shelter for children receiving cancer treatment, Nariz Roja works tirelessly to procure chemotherapy medicines, which have been in short supply for several years.

For the first time since becoming president, Andres Manuel Lopez Obrador last week recognized the “inefficiencies” in the supply chains that are causing shortages of crucial medications in Mexico.  “How is possible to get Sabritas [potato chips] to the remotest areas of Mexico … and not medicines?” he said on a trip to Colima. The president issued a sharp rebuke to leaders in the health sector, telling them that if the situation continues they would be “unable to sleep peacefully.”