A group of around 200 indigenous Wixárikas (members of the Wixáritari or Huichol people) paused in Guadalajara last week, as they undertook a 30-day march to Mexico City to ask the nation’s president to intervene in a decades-old dispute over territory. 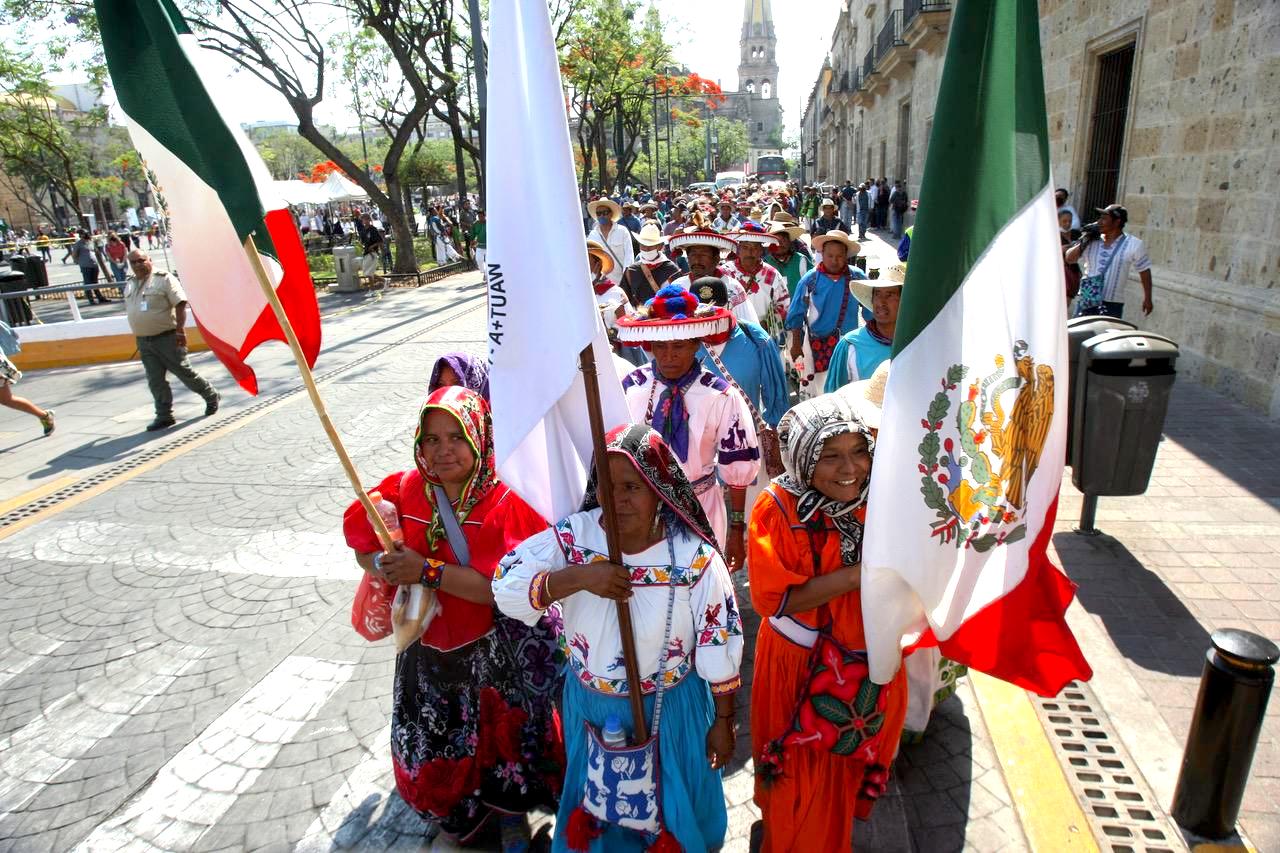 Leaders in the communities of San Sebastián Teponahuaxtlán and Tuxpan de Bolaños are demanding the return of 10,500 hectares of “sacred” land they say was appropriated by ranchers from Nayarit more than 50 years ago.

“Our community has filed more than 60 lawsuits, of which 16 rulings were favorable,” said Oscar Hernández, commissioner of Communal Property in San Sebastián.

Despite these legal rulings, the ranchers have refused to leave unless they receive adequate compensation.

On their arrival in Guadalajara, the Wixárikas were met by staff from the state Social Assistance agency, who supplied them with 200 rations of hot food, 600 bottles of water, 100 packages of non-perishable food, 100 blankets and 50 sleeping mats.

The marchers spent the night in Guadalajara’s Plaza Liberacion before being greeted by Jalisco Governor Enrique Alfaro, who promised to intercede on their behalf with President Andres Manuel Lopez Obrador, as well as seek a meeting with his Nayarit counterpart to find a solution to their case.

Alfaro said state authorities will monitor the remainder of the march to the capital, and offer medical support if required.