Morocco Kebab is just one of many good eating establishments in a part of Guadalajara that is jumping with fine to pedestrian dining—just one of many businesses with completely unique trajectories. 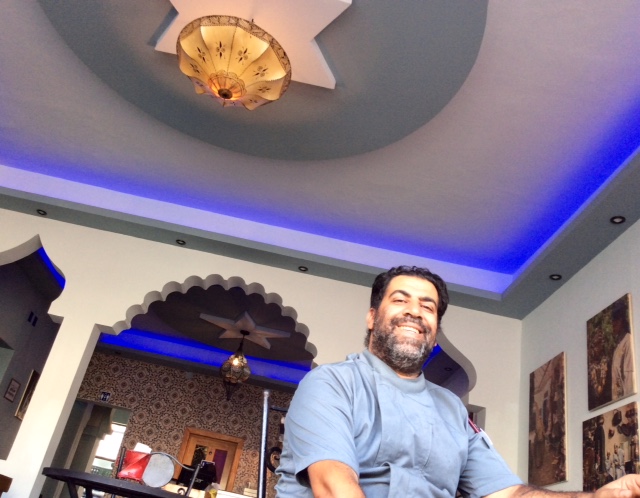 Still, the personal history of owner Fouad Lakhdar and that of his 11-year-old restaurant, just relocated across the street from the original digs that he set up in 2011, is something no novelist could invent.

Drivers’ heads turn now as they motor along Avenida Lopez Cotilla and spot the restaurant’s rusty orange hue, its graceful Arabic detailing and elevated veranda where diners can be seen over a small parking area. Lakhdar said he had his eye on the location for years as it housed a series of non-restaurant businesses that couldn’t make a go of it; he was finally able to snag it when he had to leave his old building at its owner’s request.

It took him six months before he could complete the transfer of lease, do a major overhaul and reopen this year. He designed the new restaurant’s interior and exterior Arabic touches and oversaw construction of the veranda and other dining areas, and everything else, including an open-air back patio he is still working on. To pull off the reconstruction he hired a Moroccan from Ciudad Guzman, who used gesso instead of more common materials to make the fancy arches, scallops and impressive, blue-lit recessed ceiling in the main room.

But the drama of Lakhdar’s recent years pales next to the tale of his arrival in Mexico—and the unusual decorative items in the restaurant testify to that story.