The Virgin of Zapopan is on the road again, touring Lake Chapala’s north shore just two weeks after returning to her home basilica in the annual October 12 pilgrimage from Guadalajara. 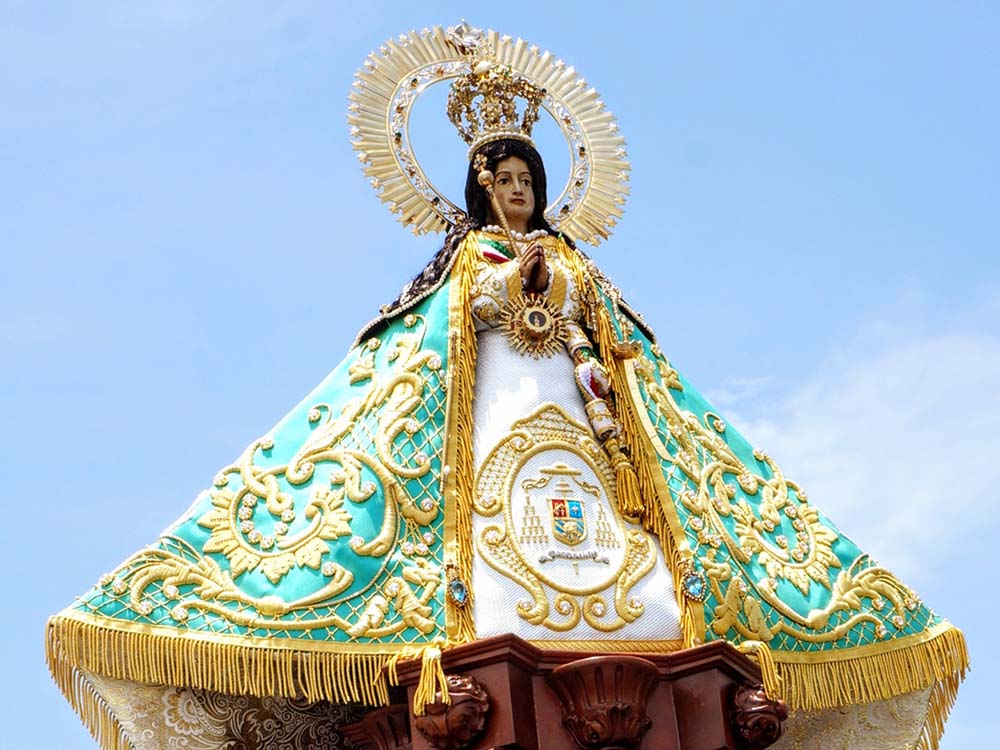 The first stop on her lakeside itinerary was in the village of Santa Cruz de la Soledad where the revered icon and her entourage arrived Wednesday, October 26 for an overnight visit. The sojourn continued the next afternoon with a 24-hour visit to Chapala, beginning with a procession from the Guadalupe chapel in Las Redes to the San Francisco parrish downtown via Calle Zaragoza.

Following a farewell mass at Noon on Friday, the diminutive figure representing Our Lady of the Expectation is scheduled to travel on to San Antonio Tlayacapan.

Her destination for Saturday, October 29 is Ajijic, where she will be welcomed around 4:30 p.m. at the Santuario de Guadalupe located a half block west of Seis Esquinas. From there she will be escorted to the San Andes parish on a procession route running east along Calle Ocampo with a short jog up Marcos Castellanos to the church.

On Sunday afternoon the Virgin proceeds to San Juan Cosalá, ending Monday with a final overnighter in Jocotepec.

The Virgin of Zapopan is the spiritual patroness of the Archdiocese of Guadalajara, the state of Jalisco and Lake Chapala. She is known by various honorary titles including La Generala and La Reina del Lago. Local Catholic communities base their faith on firm beliefs that Lake Chapala has miraculously survived its worst periods of crisis thanks to prayers channeled through the virgin. The Queen of the Lake traditionally visits Chapala twice a year in the months of July and October, marking the start and finish of the annual rainy season.