Even if he was referring, as has been claimed, to members of the notorious MS-13 gang, Trump’s comments on Wednesday have yet again raised hackles both in his own country and here in Mexico. 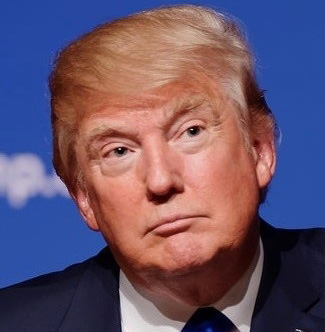 In an address during a roundtable discussion on California’s sanctuary laws, Trump dubbed immigrants “not people” but rather “animals.”  Regardless of context, it’s another clumsy gaffe in an ongoing diplomatic quagmire, one which could conceivably further inflame anti-immigration, xenophobic sentiment among Trump’s more extreme support bloc.  Because regardless of context, his statement could easily be taken by said hard-liners as a blanket statement condemning all illegal immigrants to non-human status, not just those who have committed violent crimes.

Trump’s statement certainly hasn’t fallen on deaf ears in Mexico.  Former president Vicente Fox, never one to hesitate teeing off on the former mogul, had this to say: “Trump, you’ve got to get your s—t together: migrants are people who have left everything behind – not by choice, but to pursue a better life.  You must show compassion and humanity.  Your golden head and your f——-g wall won’t stop these people’s dreams and hopes.”