At last report, firefighters have made headway in combating an extensive wildfire that has been raging deep in the mountain range dividing Lake Chapala’s north shore and Ixtahuacán de los Membrillos since Saturday, April 27. 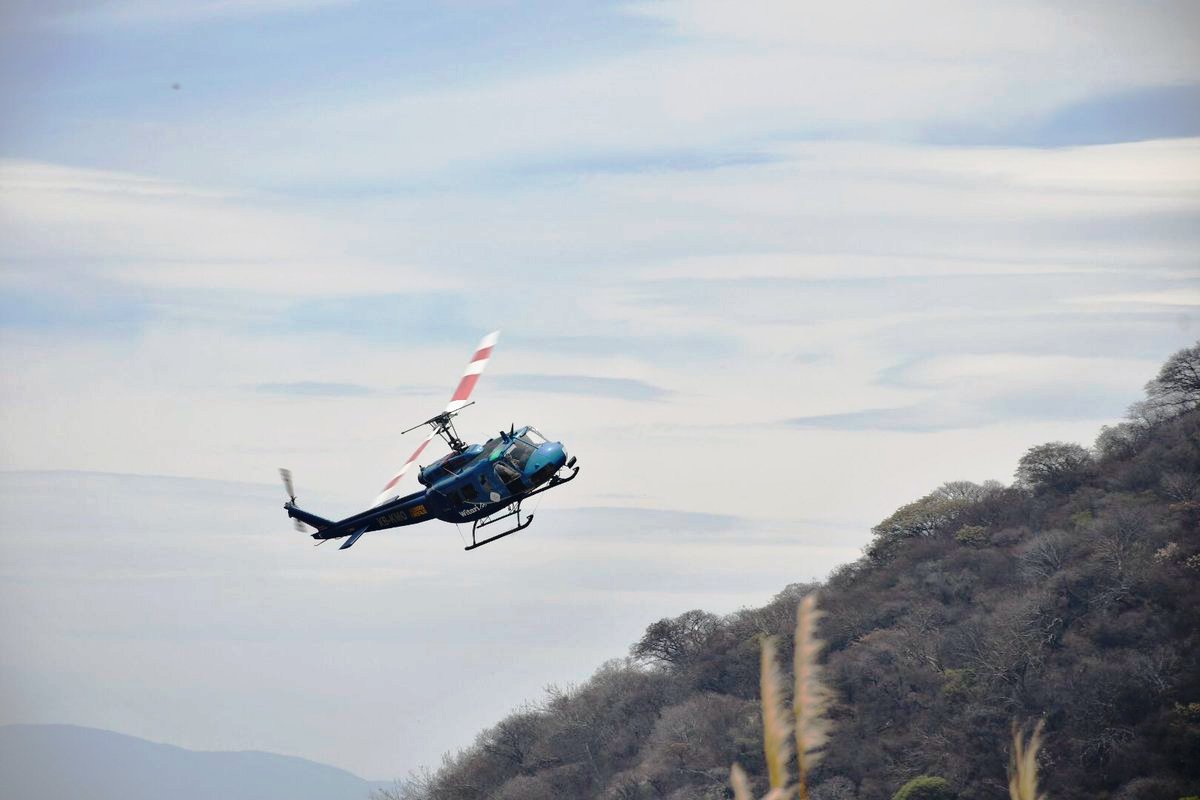 Alternating in day and nighttime shifts, 14-man teams dispatched to changing hot spots to bring the blaze it under control. Hazardous natural topography and shifting wind conditions complicated their labors. 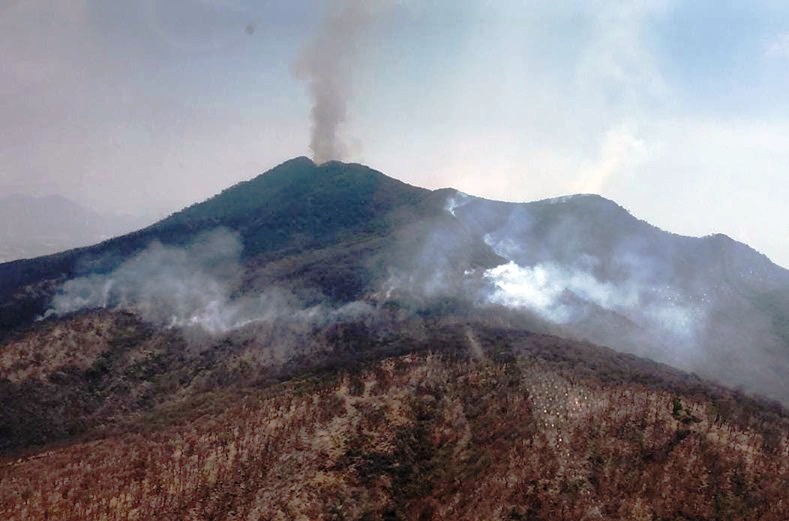 Two government helicopters, named Witari and Fenix, were employed to haul 1,200 liter capacity hoppers filled with lake water to help douse the flames, run reconnaissance flights to track the inferno, and drop food and supplies to men on the ground. A total of 134 loads of water were discharged during an eight-hour period on one the busiest days. 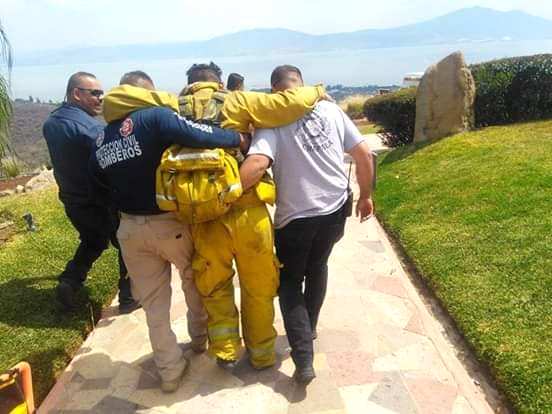 As of Wednesday, May 8, an estimated area of 2,000 hectares of forestland lay scorched. Aside from the loss of native flora, countless numbers of wild rabbits, squirrels, rodents and snakes were killed in the conflagration.  Birds and large mammal species such as deer, boars and pumas managed to escape their smoldering habitat. Only two firefighters have suffered injuries to date. Total damages remain to be calculated.

It is the worst forest fire to hit the Travesaño-Chupinaya-Cerrro Viejo range since 2010 when 10,000 hectares were devastated, according to Osbaldo Sandoval, founding director of the Chapala Fire Department who rejoined the force in January as vigilance and logistics coordinator. He indicated that conditions on the ground have been more challenging this time around due to the accumulation of dried leaves and brush piled up as much as two meters deep in some parts of the landscape.

Speaking to the Guadalajara Reporter of behalf of current director Eduardo Aceves López, Sandoval expressed profound gratitude for the extraordinary outpouring of support received from the community at large. Through on-going updates posted on social media, scores of local residents, restaurants and businesses have ferried goods to the fire station on the Libramiento to help the heroic firefighters face their lengthy ordeal. Huge quantities of drinking water, electrolyte beverages, fresh fruit, sandwich ingredients, complete meals, shovels, rakes, leather gloves and first aid materials have been donated to the cause.