“Thrill the World” unites friends, families and neighbors each year – along with thousands of people around the globe – to celebrate Michael Jackson’s talent by dancing simultaneously to “Thriller,” one of his most popular songs. 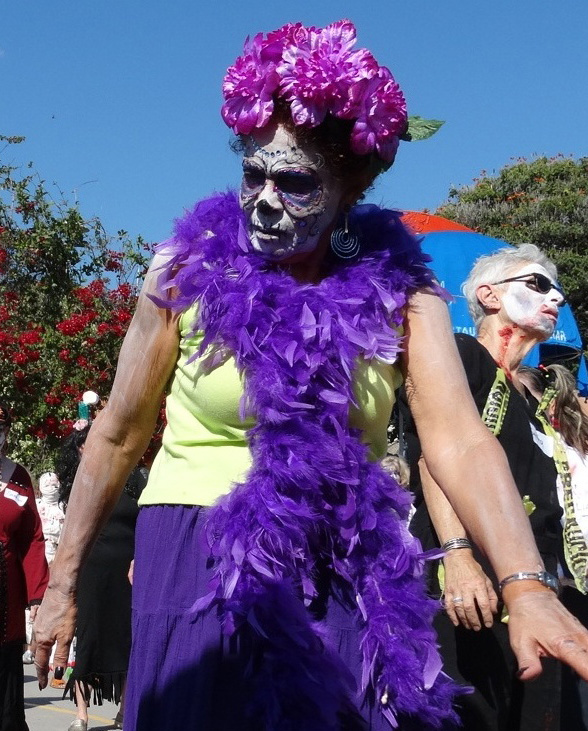 But this event encompasses far more than just dancing to a six-minute hit song. The project inspires people to break down barriers, connect with others of all religions, races and political and economic persuasions. It encourages environmental stewardship, helps people step up as leaders, visionaries and creators, and assists humanity in many ways.

Elliott Joachim started the “Thriller” event in Ajijic in 2010 with just seven people. Everyone thought they were crazy but all had fun dressed up as zombies and doing the same dance that thousands of people around the world were doing at the same time.

Nine years later, “Thrill the World” has become a major annual event in Ajijic. In 2016, the zombie horde swelled to 103 dancers, who managed to raise more than 200,000 pesos in sponsorships from their friends, families – and even complete strangers – for the local Red Cross (Cruz Roja). Last year saw hundreds of people pack the Ajijic malecon to witness the show.

Everyone is invited to come and learn the dance. No experience is necessary and there will be plenty of dance captains around to help. This is a great opportunity to have fun, make friends and raise some money for Cruz Roja – whose building in Chapala is sinking and needs shoring up!