Alarmed at finding dozens of old folks huddled together outside Chapala’s Citibanamex branch Tuesday, City Hall Public Services chief Sergio Gutiérrez Tejeda stepped into action after the bank’s manager washed his hands of the problem, telling the official that he was only responsible for crowd control inside the doors. 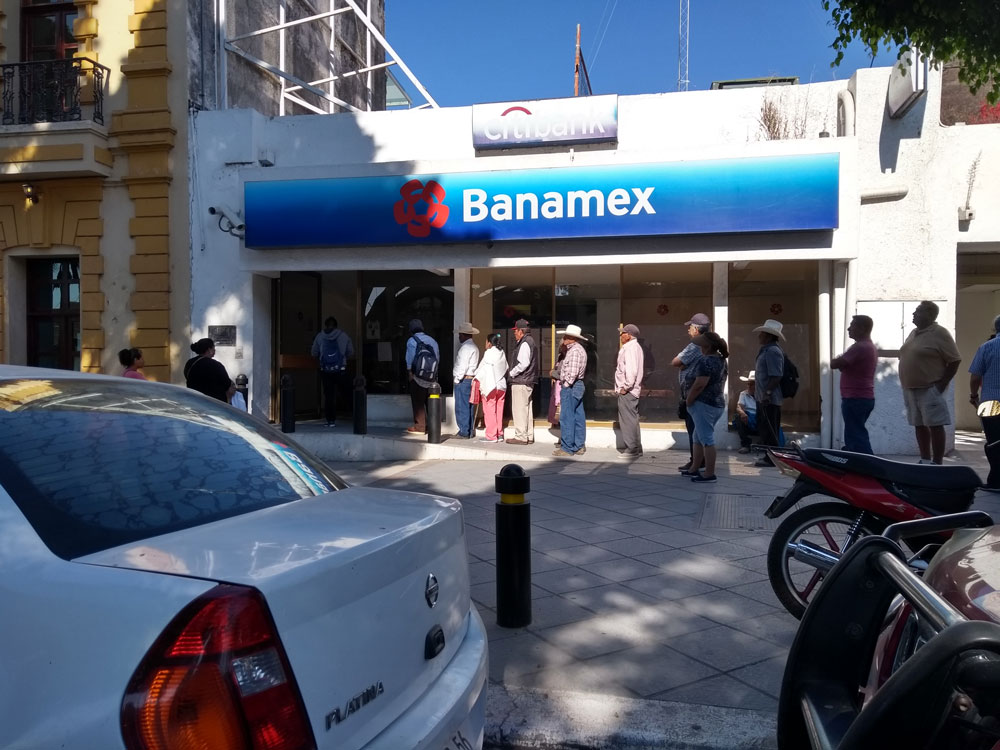 Gutiérrez promptly dispatched personnel to stick strips of yellow police tape onto the sidewalk to mark spacing at one-meter intervals while he walked among waiting clients to warn them of the dangers of not observing safe distancing.

In drive-by observations by this reporter early Monday, March 30, lines of a dozen or more customers were spotted awaiting entry to the Chapala branches of BBVA, Citibanamex and Santander. 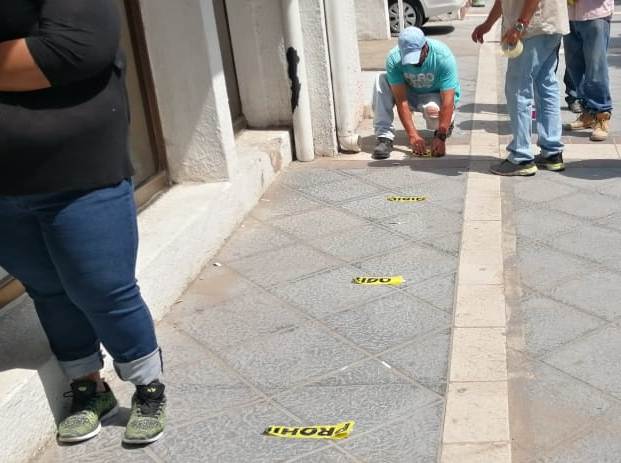 None of the three Chapala banks picked up phone calls placed by the Guadalajara Reporter in repeated attempts to ascertain exactly how the situation is being handled at this time.Shortly after opening time at Citibanamex on Monday, more than 30 senior citizens waiting turns to collect monthly government social benefits stood in a closely-packed line that stretched three doors away from the entrance.

Managers at most other banks and investment houses readily answered questions about Covid-19 prevention policies put in place since mid-March.

Those consulted indicated that the concentration of customers varies from day to day and hour to hour, with Mondays and Fridays singled out as the busiest days. Limits on the number of customers allowed inside range from one to five at a time, depending upon the size of interior office space. Several institutions have also cut back weekday working hours.

Managers in general suggest that clients utilize electronic or online and banking procedures as much as possible.