Two Chapala police officers have been cleared of misconduct stemming from the May 1 detention of Juan Ramón Álvarez López, director of the local Preparatoria Regional (high school). 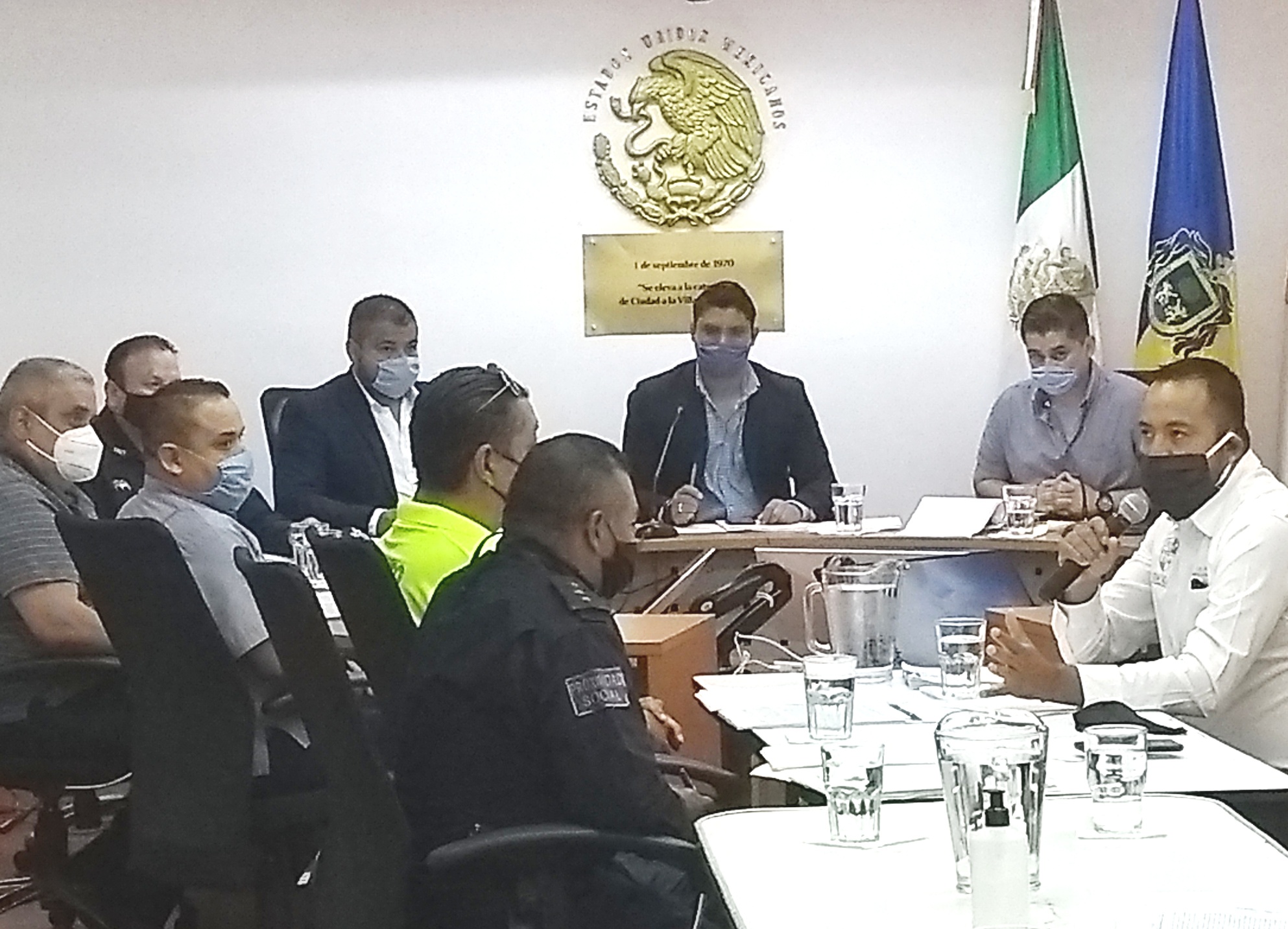 The municipal government’s Commission of Honor and Justice absolved the officers of wrongdoing on Tuesday, May 26 at the conclusion of a two-day hearing that included a replay of video clips recorded during the incident and live testimony presented by various witnesses.

Álvarez was taken into custody during a confrontation with officials standing guard at the sanitary checkpoint set up at Chapala Haciendas, where he was denied passage for failure to produce proof of a local home address. Although his official place of residence is Guadalajara, it is known that he lives part time in San Juan Tecomatlán near Chapala’s city limits,

After exchanging heated words with duty officers while demanding he be allowed to drive on to his lakeside home, Álvarez was subdued, handcuffed and seated in the bed of a police pickup for transport to Chapala´s Public Security headquarters.

Following his release later that evening, he publically accused the policeman of roughing him up, putting a choke hold on his throat that caused him to pass out, and otherwise violating his human rights during the incident. The University of Guadalajara’s Sistema de Educación Media Superior (SEMS) immediately jumped in to back the allegations with a curt letter of complaint issued to Chapala Mayor Moísés Anaya.

The mayor responded with a pledge to investigate the incident and take disciplinary action against any officer found responsible for inappropriate conduct. “There will be zero tolerance of abuse of authority and violation of human rights,” he declared. The two police officers implicated in the detention, Francisco Javier Aceves Cervantes and Cristobal Aguilera Padilla, were immediately suspended from duty.

Jalisco’s Human Right Commission (CEDHJ) weighed in on the matter, dictating precautionary measures against the Chapala Police Department (DSP) and following up with a visit to its headquarters to lecture members of the police force on their obligation to respect human rights while in the line of duty. They also held a private interview with DSP Commissar Raul Valenciano Saucedo.

The Comisión de Honor y Justicia, an internal affairs review board charged with handling complaints lodged against members of the police force, sat down on Monday, May 25 for a two-hour public hearing that was transmitted live on Facebook. The session included a reading of the seven-point written complaint submitted by Álvarez, followed by verbal testimony provided by a Civil Protection officer and a municipal traffic agent officer who were eye witnesses to the incident, the municipal judge who handled the school director’s release from custody, a physician who gave his opinion on the complainant’s alleged physical injuries, along with the two accused officers and their private attorney.

Declarations given by the police officers were complemented by video clips one of them recorded during the incident. Videos that Álvarez posted on social media to tell his side of the story were not presented.

The hearing was recessed until the following day. The consensus reached at the second CHJ session was that the evidence showed discrepancies between details Álvarez outlined in his formal written complaint, those he expressed on social networks witness statements. By a vote of six to one, the policemen were cleared of misconduct and immediately restored to their jobs.

Álvarez did not attend the hearings, nor did he send a representative to speak on his behalf, although a citation to appear was refused delivery at his lakeside home, according to the mayor. However, he has reportedly filed a criminal complaint against police with state authorities.