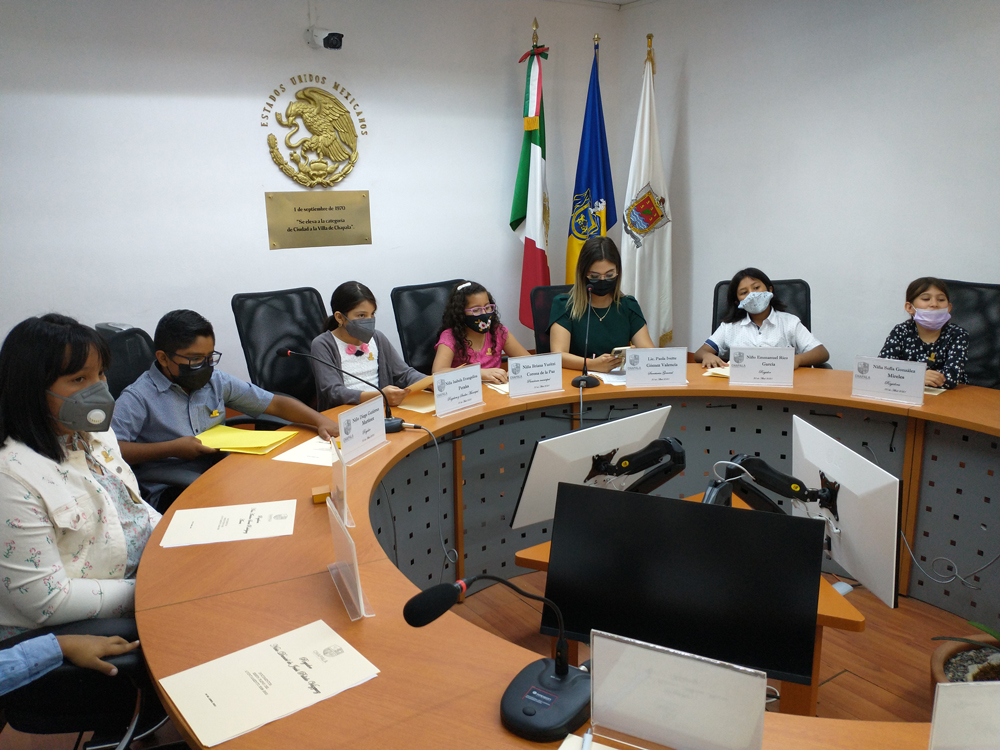 The Cabildo Infantil was headed by Briana Yuritzi Corona de la Paz as presidente municipal (mayor), with five other girls and five boys filling the rest of the chairs. The only adult at the table was the government’s interim Secretary General Paola Ivette Gómez Valencia, who guided the children through standard council meeting protocols.

The junior officers were selected among candidates who submitted applications in response to the convocation posted on the government’s Facebook site. Requirements included penning a short essay to explain why they were interested in taking part in the assembly and what community improvements they would advocate. The chosen participants represented schools from each of the municipality’s towns and different elementary age groups, ranging from second grader Daniel de Jesús Pulido Vazquez to Ariatne Sarai Rodriguez Aceves, grade six.