Ajijic’s Centro Cultural and local merchants collaborated in putting up a colorful Day of the Holy Cross altar displayed at the plaza bandstand Monday, May 3.

A large cross adorned with hand-crafted paper flowers was the centerpiece of a typical offering of seasonal fruits. Placed to one side was a torito, a fireworks device shaped in the figure of a bull that is customarily ignited and run through the streets during Día de la Cruz festivities. 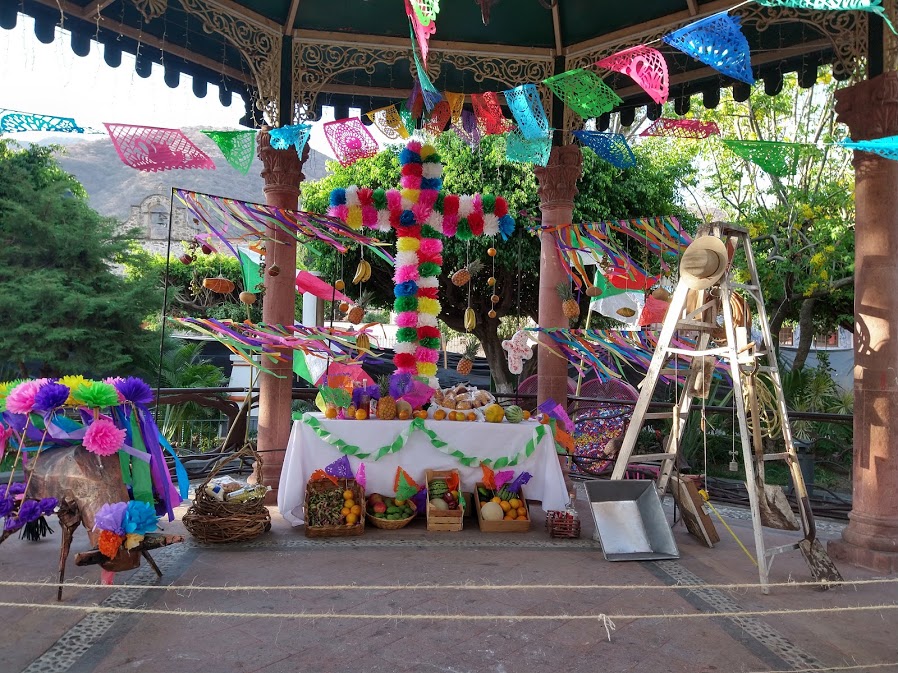 On the opposite side was a ladder strung up with assorted tools in honor of the construction workers who celebrate their trade on this day.