Just as the renovation of the Ajijic plaza’s north corridor appeared to nearing conclusion, village residents have begun raising their voices over a variety of concerns and apparent blunders in the project. 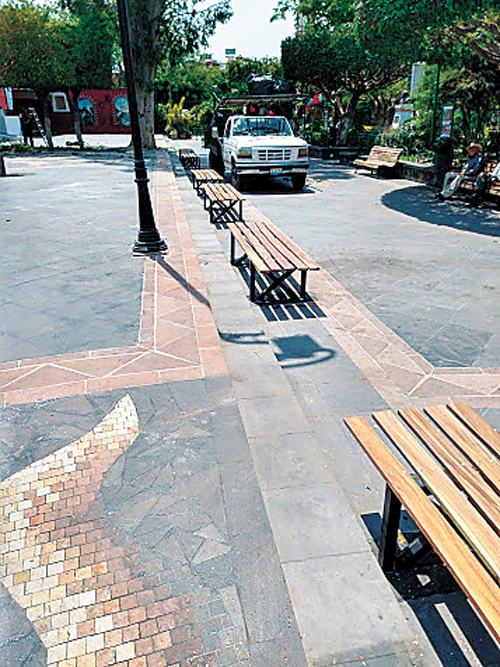 The principal fuss going viral on social media is related to the installation of new park benches initiated at the first of this week. Many townspeople object to their modern design, inconvenient placement and obvious signs of shoddy workmanship.

The flat benches, nearly identical to those placed along the waterfront Malecón, are made up of metal frames covered with wood slats that already show signs of warping. Critics argue that the style is incongruent with that of older benches spread around the rest of the plaza. In addition, the backless design doesn’t coincide with the original project renderings released to the public last December.

As the new outcry intensified, some of the new benches were pulled up and hauled away late Tuesday, June 1. Workmen on the scene said they were being temporarily removed for repairs.  Community leaders and ordinary villagers are demanding that local authorities bring back the old wrought-iron benches that were there when the project began.