The first round of inoculations against the SARS-CoV-2 virus were administered to persons 50 to 59 years old and pregnant women age 18 and up past nine weeks of gestation, at various lakeshore locations this week, starting Monday, May 31. 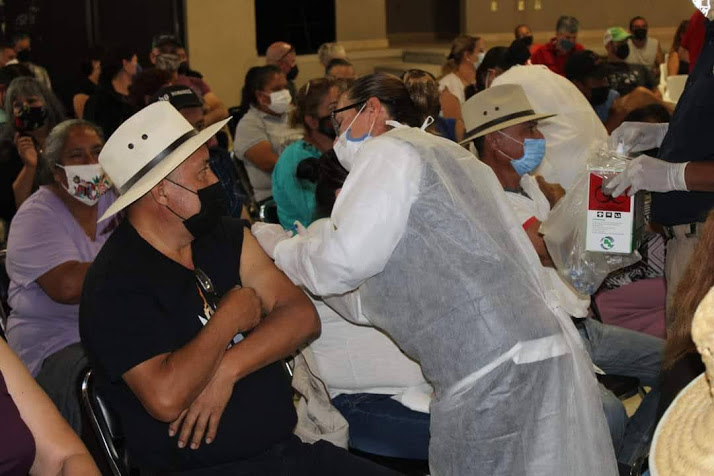 The AstraZeneca shots were also available to seniors over age 60 who had missed out on prior opportunities to get the first Sinovac vaccine locally.

Many foreign residents who were vaccinated in Chapala and Jocotepec reported short waits and efficient attention, save those who ignored recommendations against lining up long before the scheduled 8 a.m. starting time. Some who showed up after noon got in and out of the clinics within 60 to 90 minutes.

Several individuals who had previously received the first Sinovac jab said they were turned away because mixing different brands of vaccines is not permitted at this time.

Mexican health authorities cite eight to 12 weeks as the appropriate lapse between the first and second AstraZeneca doses. The federal government has opened registrations for persons age 40 to 49 at https://mivacuna.salud.gob.mx/.

Follow gobjal.mx/VacunacionJalisco, the Secretaría de Salud Jalisco Facebook site and other official sources regularly for up-to-date information on vaccination schedules for the Lake Chapala region and other parts of the state.