It’s the season for nature lovers at lakeside to keep an eye out for after-dark spectacles as different types of night-blooming cereus cacti burst into flower in their gardens and neighborhoods.

Known in Spanish as Reina de Noche (Queen of the Night), the puffed-up buds gradually open after nightfall, wilting quickly after being touched by early morning sunbeams. 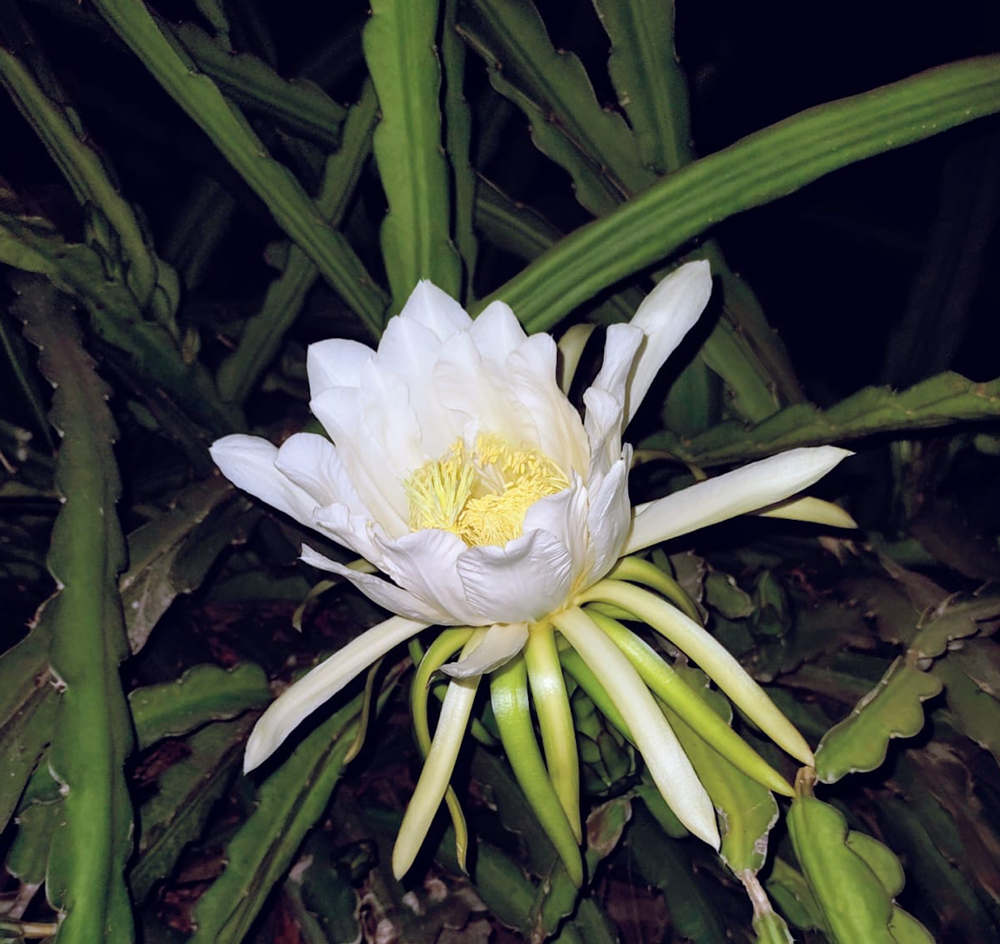 An example of the huge blossom of Mexico’s endemic Selenicereus hamatus species was spotted this week on the dirt road extending from the west end of Ajijic’s Calle Ocampo in the vicinity of Villa Lucerna, where cactus vines are found spilling over the walls of several properties.