The Chapala police force is marching forward with strengthened staff after 11 officers were certified this week due to meeting national standards in basic training. 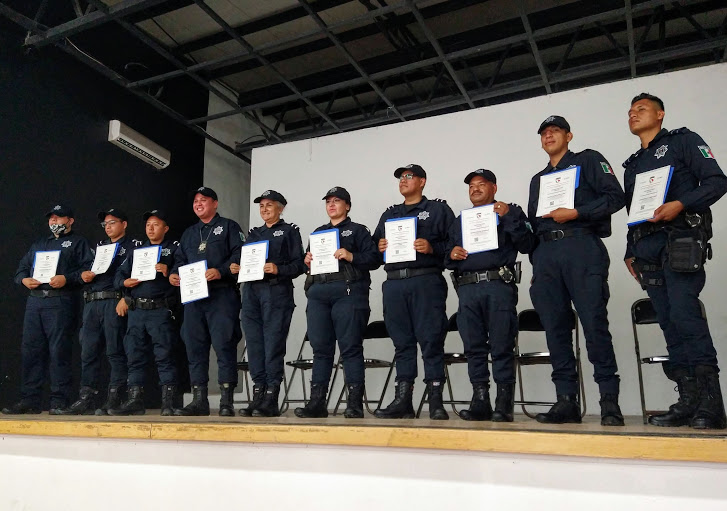 To qualify for the CUP Exclusive Police Certification, the two female and nine male officers completed the basic training course in theoretical knowledge and practical techniques for performing their duties, passed pertinent tests, and passed the control and confidence exams proving their physical, psychological and moral competency for service in public security.

The Chapala-based Regional Police Academy opened in September 2020 as a basic training center for active officers serving in nine municipalities. It was established as a model public institution that allows local governments to school their public security officers without having to enroll them in distant private academies located in the Guadalajara metro area.

Chapala Interim Mayor Isaac Trejo Gracían anticipates that 60 to 70 percent of the municipal police force will be granted CUP standing before the current administration ends.