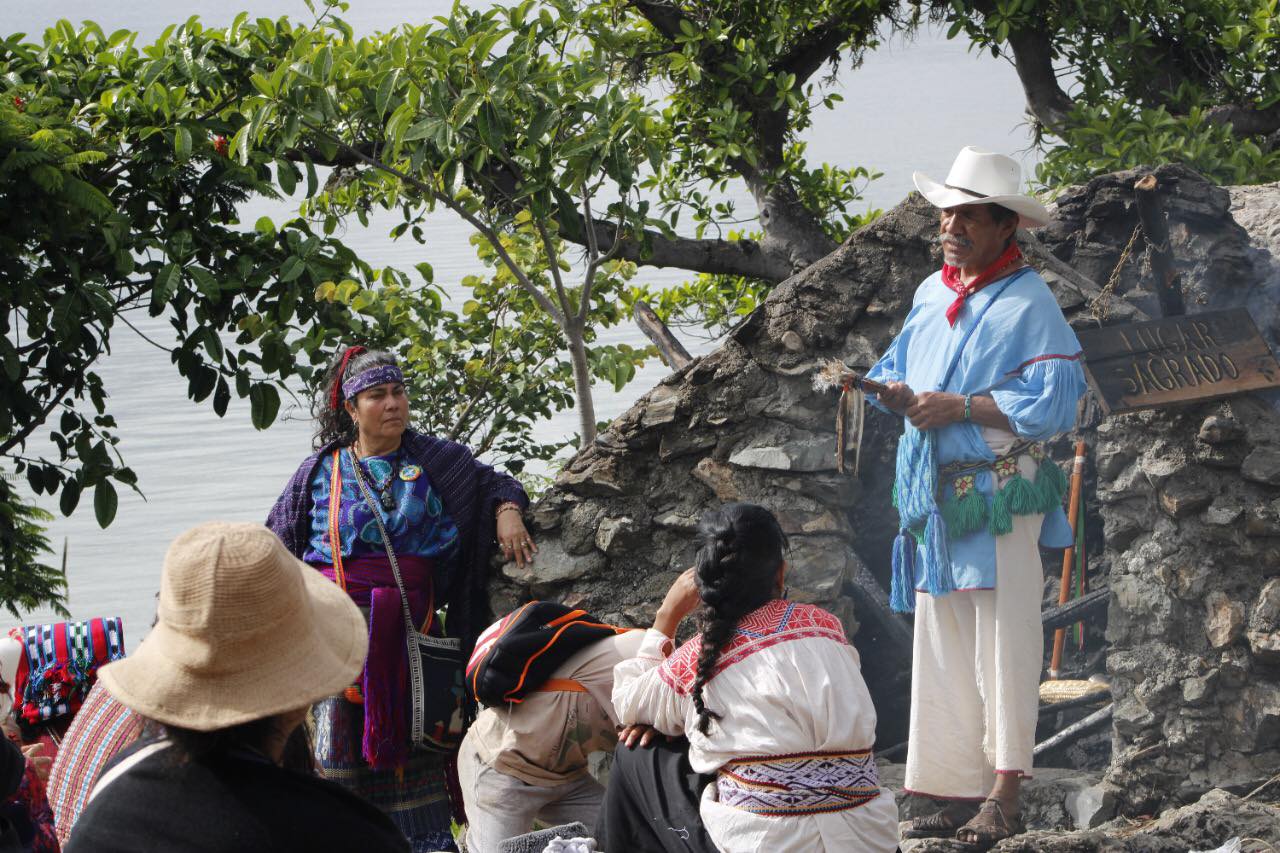 Their mission was to hold a ceremony dedicated to ancestral deities, leaving traditional offerings to stir divine forces into bringing on a beneficial rainy season and abundant harvests from the land. The group represents the native Wiráritari, Na’ayeri, O’dam and Náhuatl tribes in the annual retracing of the footsteps of the Mexica people, who migrated from their mythical homeland Aztlán to the place where they settled to found Tenochtitlán, the governing seat of the Aztec Empire, which was eventually converted into the nation’s capital by Spanish conquistadores.