Born October 9, 1940, John Winston Ono Lennon was an English singer, songwriter, musician and peace activist who achieved worldwide fame as co-lead vocalist, co-songwriter and rhythm guitarist of The Beatles, as well as one of the founders of the group. 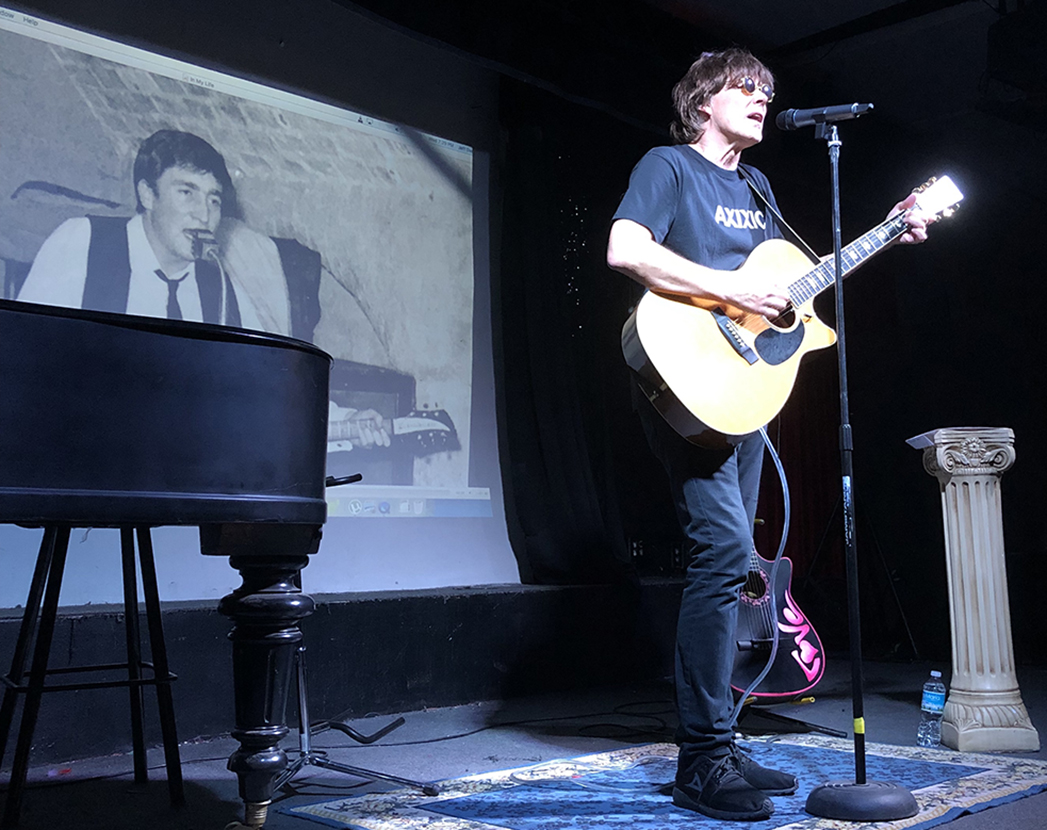 His songwriting partnership with Paul McCartney remains the most successful in history.

Gary Lanz, a Seattle transplant who has been performing in Ajijic for the last three years, offers up his second Lakeside tribute show to Lennon at The Stoplight, Saturday, October 9, 7 to 9 p.m.,

The show at the San Antonio Tlayacapan venue is by the “Elastic Oh No Band,” comprised of Alex Medeles on drums and vocals, Lanz on guitar, piano and vocals and Alex Holland on bass.

Lanz credits Lennon as “the reason I’m in the music biz.  It’s all his fault.”

Lanz has performed previously in two Beatles tribute bands. “I began doing tributes to Lennon in 1990, when he would have been 50 years old, and then celebrating his birthday every five years, except for the 2019 concert here.” The show includes projections of photo montages of Lennon.