Was flawed planning for a residential development under construction across the highway from La Canacinta a significant causative factor in damages provoked by the October 5 debris slide that hammered the area? 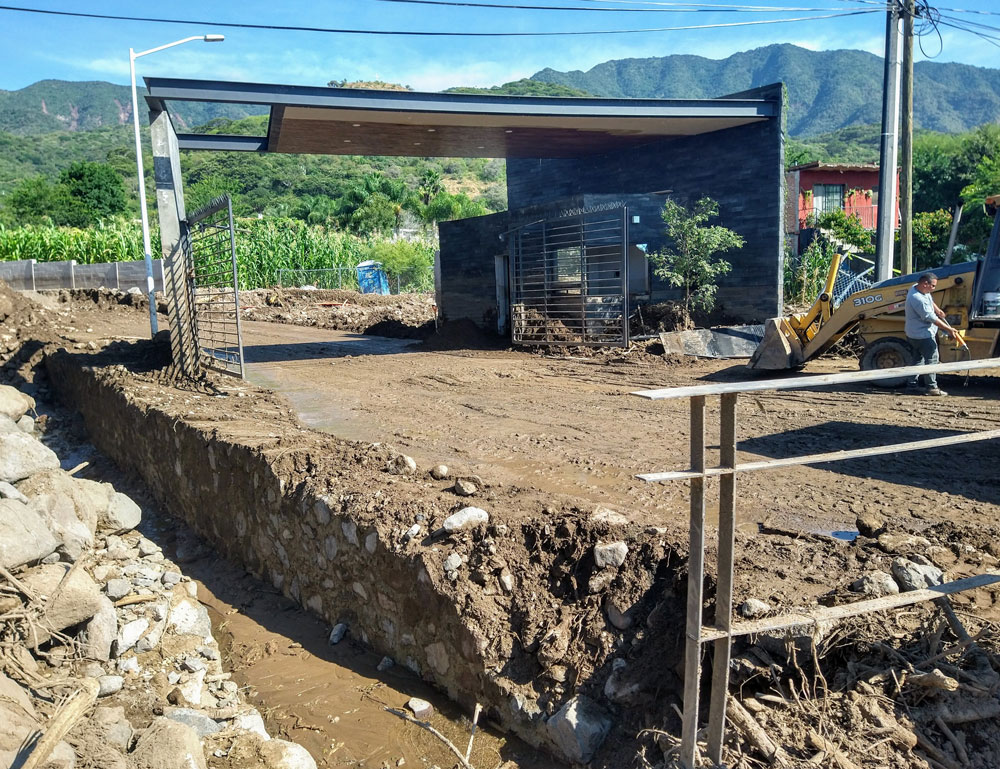 Chapala Mayor Alejandro Aguirre has made a public pledge to investigate the matter and detect other problems that may be triggered by unchecked urban sprawl on the outskirts of Ajijic and other vulnerable sites in the municipality.

When construction at the entry gate got under way several months later, local environmental activists became alarmed by noting that a pair of parallel stones walls two meters high and about a meter and a half apart were being built along the western perimeter. It was obviously a man-made channel designed to redirect the natural path of the Canacinta arroyo that runs diagonally across the lower half of the property.